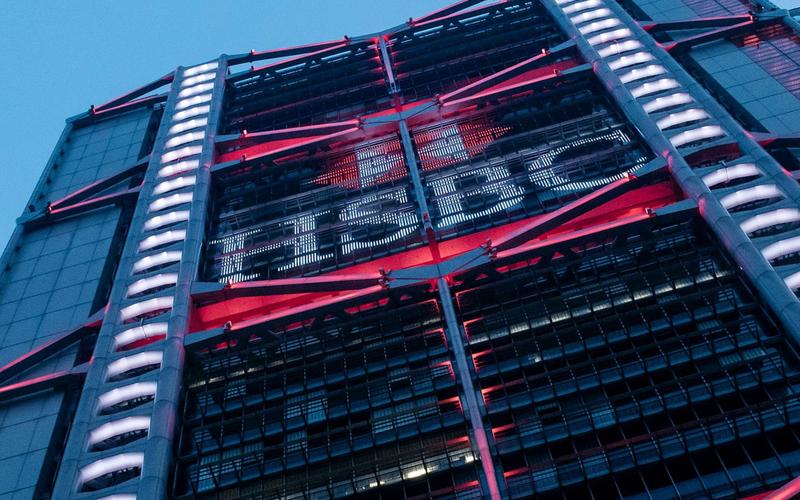 In this undated photo, the logo for HSBC Holdings Plc is displayed on the bank’s headquarters building in Hong Kong. (ANTHONY KWAN / BLOOMBERG)

HSBC Holdings Plc slumped below its financial crisis low set more than a decade ago as pressures mount on several fronts, including the fallout of the pandemic and renewed Brexit turmoil in the UK.

Standard Chartered’s Hong Kong also shares fell on Monday after media reports that the bank, along with HSBC, and other banks moved large sums of allegedly illicit funds over nearly two decades despite red flags about the origins of the money.

BuzzFeed and other media reports were based on leaked suspicious activity reports (SARs) filed by banks and other financial firms with the US Department of Treasury’s Financial Crimes Enforcement Network (FinCen).

HSBC’s Hong Kong shares on Monday slid below their closing low for March 2009, hitting as low as HK$29.60. They have plunged 51 percent this year, reaching the lowest since 1995. HSBC fell 3.4 percent as of 1:58 pm local time, compared with a 1.5 percent decline in the benchmark Hang Seng Index.
StanChart was down as much as 3.8 percent to HK$35.80, the lowest since May 25 this year. 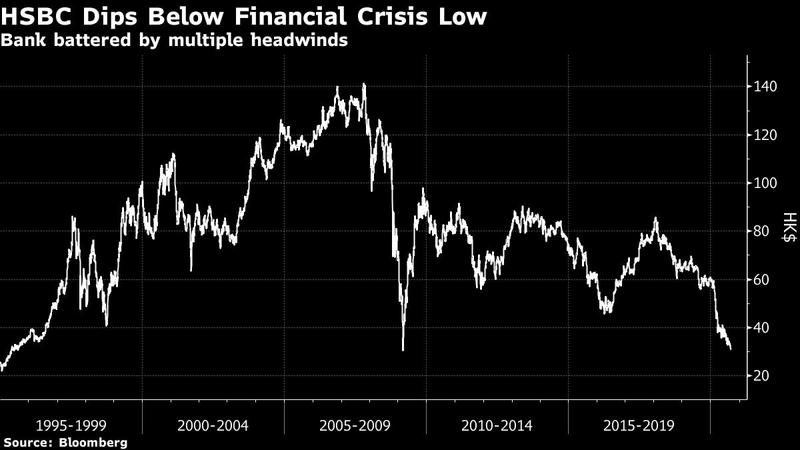 Europe’s largest bank has been caught in a swirl of trouble over the past year amid political unrest and economic turmoil in its biggest market, Hong Kong. It also faces difficulties in navigating low interest rates and surging loan losses sparked by the global pandemic.

The SARs, which the reports said numbered more than 2,100, were obtained by BuzzFeed News and shared with the International Consortium of Investigative Journalists (ICIJ) and other media organisations.

HSBC and StanC were among the five banks that appeared most often in the documents, the ICIJ reported, that “kept profiting from powerful and dangerous players” in the past two decades even after the US imposed penalties on these financial institutions.

HSBC Chief Executive Officer Noel Quinn, who took over as the bank’s permanent head in March, last month issued a stark warning about tough times ahead while reporting that first-half profit halved and predicting loan losses could swell to US$13 billion this year. Quinn said the bank would attempt to hasten a shakeup of its global operations, accelerating a further pivot into Asia as its European operations lose money.

A jump in income from its markets business has failed to make up for broader shortcomings, unlike at some Wall Street and European competitors. HSBC stock has fallen more steeply than most big rivals this year, with Citigroup Inc. and JPMorgan Chase & Co. posting declines of 44 percent and 29 percent, respectively.

To make matters worse, HSBC sparked anger in Hong Kong earlier this year, alienating some of its most loyal investors, after scrapping its dividend in response to the pandemic. The bank is the worst performer on the benchmark Hang Seng index so far this year.

In a statement to Reuters on Sunday, HSBC said “all of the information provided by the ICIJ is historical.” The bank said as of 2012, “HSBC embarked on a multi-year journey to overhaul its ability to combat financial crime across more than 60 jurisdictions.”

Standard Chartered said in a statement, “We take our responsibility to fight financial crime extremely seriously and have invested substantially in our compliance programmes.”