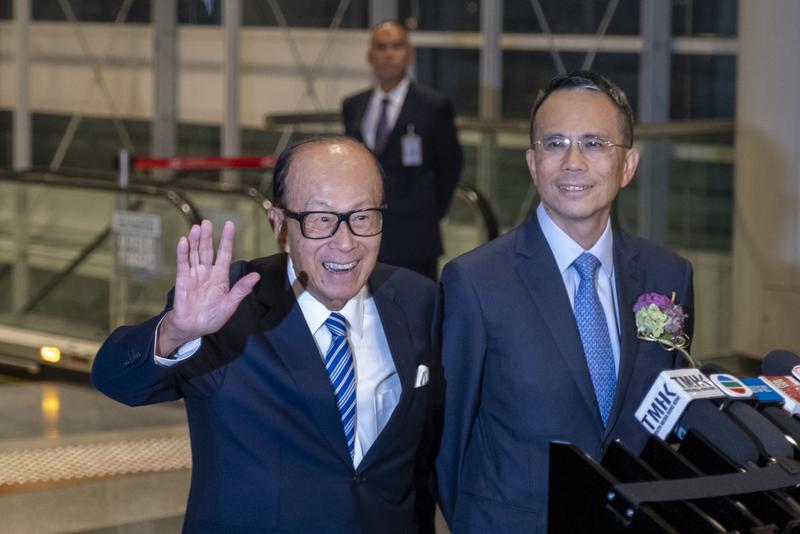 Li Ka-shing, Hong Kong’s richest man, is known to his admirers as “superman” for his knack for picking assets on the cheap. But that magic touch hasn’t been working on his own companies lately.

Li and his elder son Victor — who now runs the ports-to-property empire — have spent about HK$3.8 billion (US$490 million) since August last year to buy the flagging shares of CK Asset Holdings Ltd and CK Hutchison Holdings Ltd. Despite the series of purchases, CK Asset’s stock is sinking toward last March’s record low, while CK Hutchison is approaching its lowest level since a group revamp in 2015.

The reasons for the stock declines are many. The conglomerate’s retail and port operations have been pummeled by social unrest and the outbreak of COVID-19 and a slowdown in global trade. In August, the group pointed to the difficulty in foreseeing a rebound in earnings. Adding to the woes, mounting tensions between the US and China are posing a new threat, with overseas deals facing increasing scrutiny and regulatory hurdles. 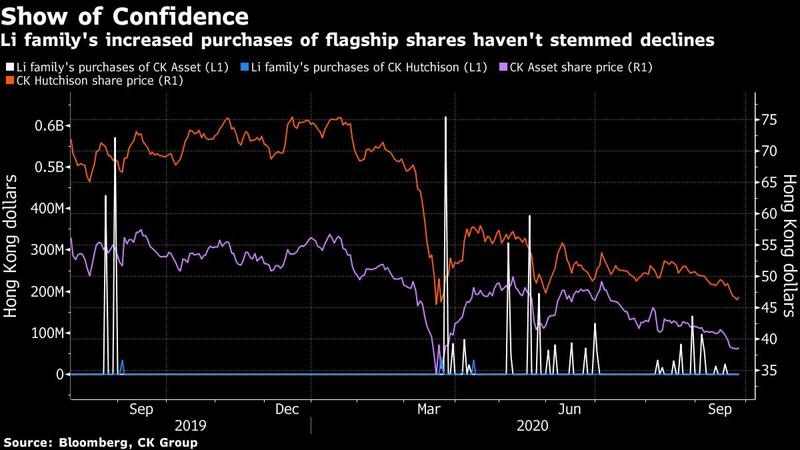 “To investors, being cheap alone is not a good reason to buy a stock,” said Raymond Cheng, an analyst at CGS-CIMB Securities. “People feel there are uncertainties in Hong Kong with the pandemic and the political environment. There are concerns about the market in the short term.”

Although the purchases represent only about 1 percent of the combined market value of the two firms, the move is more of a show of confidence by the controlling family as they raise their holdings when prices dip. That prompted CGS-CIMB analyst Cheng to briefly raise CK Asset’s stock rating between March and April to a buy from neutral, but he flipped to reduce last month after the company’s first-half results and 35 percent dividend cut.

Although the purchases represent only about 1 percent of the combined market value of the two firms, the move is more of a show of confidence by the controlling family as they raise their holdings when prices dip

Li, 92, and his son bought more than a combined 83 million shares in the two companies over 79 days in the past year, almost all of which were CK Asset. Purchases have occurred every month this year since March, when stocks bottomed in the wake of initial COVID-19 fears. CK Hutchison’s stock is down 37 percent this year, while CK Asset is down 32 percent, compared with a 17 percent decline for the benchmark Hang Seng Index.

While it’s rare for controlling families to buy shares of their own firms as frequently as the Lis, they are not alone. The Kwoks, who control the city’s largest developer, have been adding to their holdings in Sun Hung Kai Properties Ltd since May, according to filings to the Hong Kong stock exchange. That’s when shares hit their 2020 low.

Apart from the challenging social and economic environment, CK Hutchison’s structure also appears too complicated to many investors who favor companies focusing on one specific sector, said Hong Kong-based Vincent Lam, chief investment officer of VL Asset Management. CK Asset’s recent diversification effort into utilities and aviation has put off some investors who used to be interested in the company, he said.

“Globally investors have become less and less interested in conglomerates,” said Lam, whose fund doesn’t hold CK stocks. “Some investors tend to give more weightage to companies with a development plan in mainland China.”