A 29-strong delegation of Tokyo Olympic medalists from the Chinese mainland will visit Hong Kong from Dec 3 to 5, making a hotspot for Hong Kong people who have witnessed their own delegation’s historic finish of one gold, two silvers and three bronzes at the same Olympics.

Chinese mainland has sent a delegation of Olympic medalists to Hong Kong for sport and people-to-people exchanges after each of the Summer Olympics since the return of the special administrative region in 1997. Let’s take a look at each of the visits and who were on them. 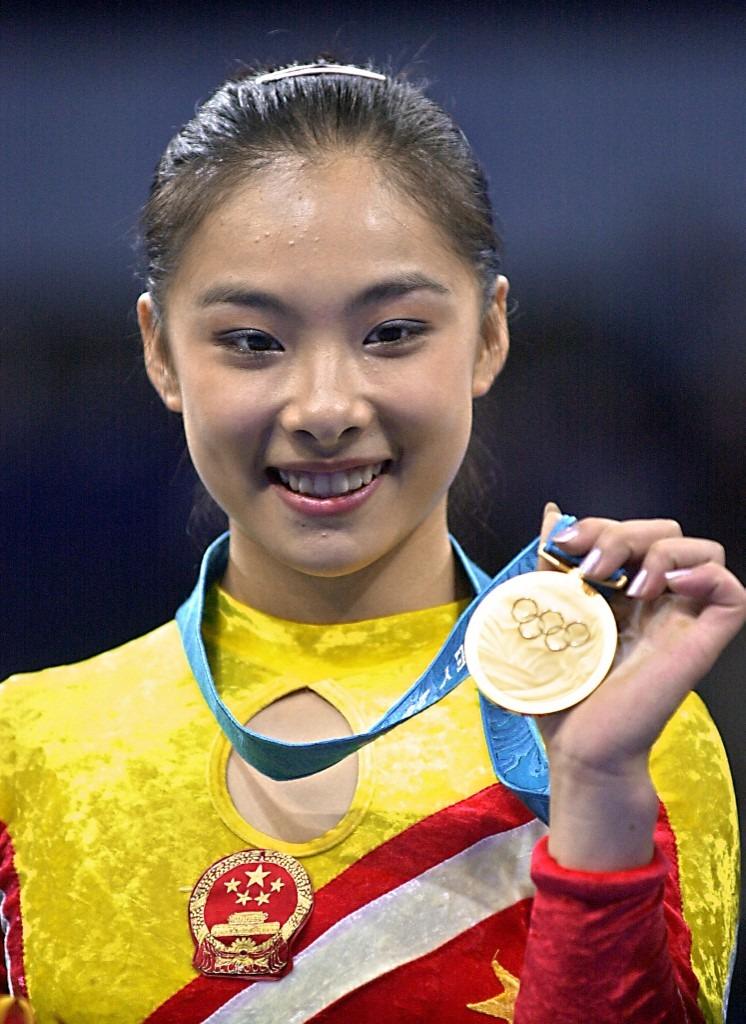 Gold medal winner Liu Xuan of China holds her medal, Sept 25, 2000, while on the podium following the women’s apparatus finals for the beam at the Sydney 2000 Olympic Games. (WILLIAM WEST / AFP) 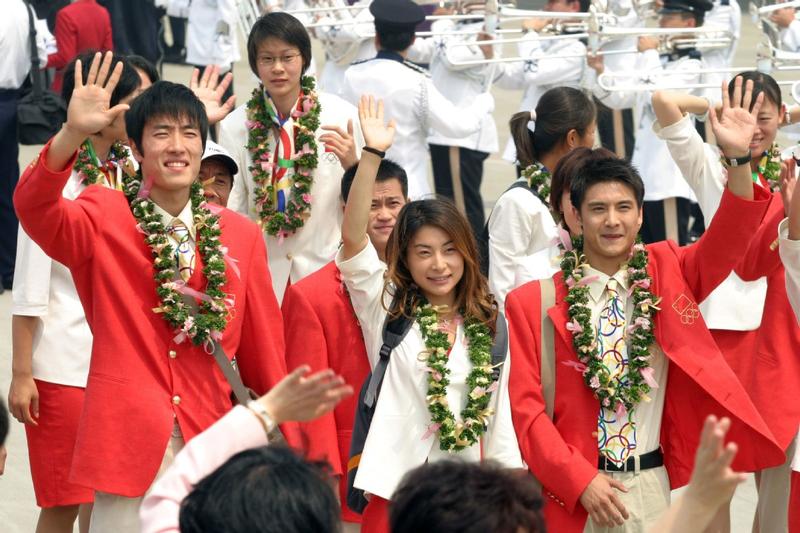 In 2004, all the gold medalists of 50 athletes competing at the Athens Games went to Hong Kong. Liu Xiang, China’s first Olympic champion sprinter of the men’s 110 meters hurdler, and women’s volleyball team were on the visit. 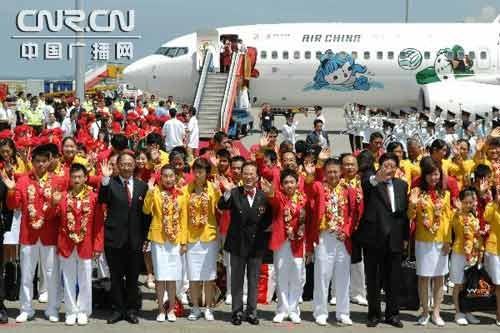 A delegation of Olympic medalists from the Chinese mainland arrives in Hong Kong on Aug 31, 2008. (PHOTO FROM CHINA NATIONAL RADIO)

Hong Kong hosted the equestrianism competition of the 2008 Beijing Olympics and experienced one more Olympic craze right after the Games when they welcomed the biggest-ever Olympic delegation from the mainland of 63 Olympic champions on Aug 31, 2008. China won a historic 50 golds at the home Olympics. 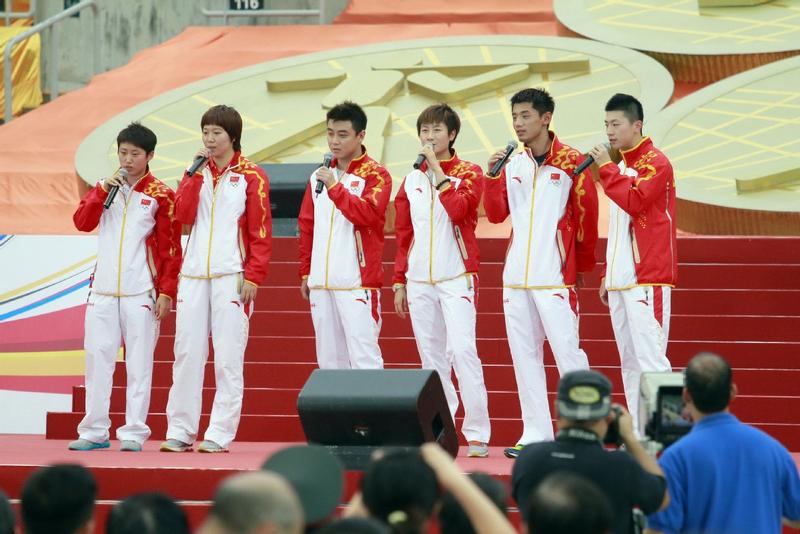 Members of the table tennis team from the Chinese mainland perform a song during a visit to Hong Kong on Aug 26, 2012. (PHOTO / IC) 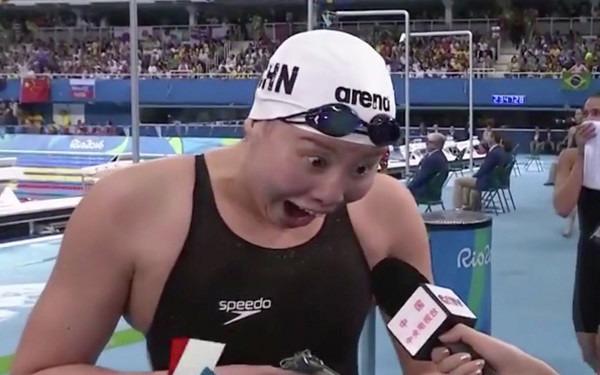 A screen shot from the CCTV shows Fu Yuanhui at the mixed zone after finishing the women’s backstroke semi-final at the Rio Olympics on Aug 8 2016. Her expression and comment went virtual after the interview. (PHOTO PROVIDED TO CHINA DAILY)

The delegation began to include non-champion members from after the 2016 Rio Olympics as women’s simmer Fu Yuanhui, who went virtually popular because of her comical comments on her own performance and exaggerated facial expressions at the mixed zone. She won bronze in the 100 meters backstroke. 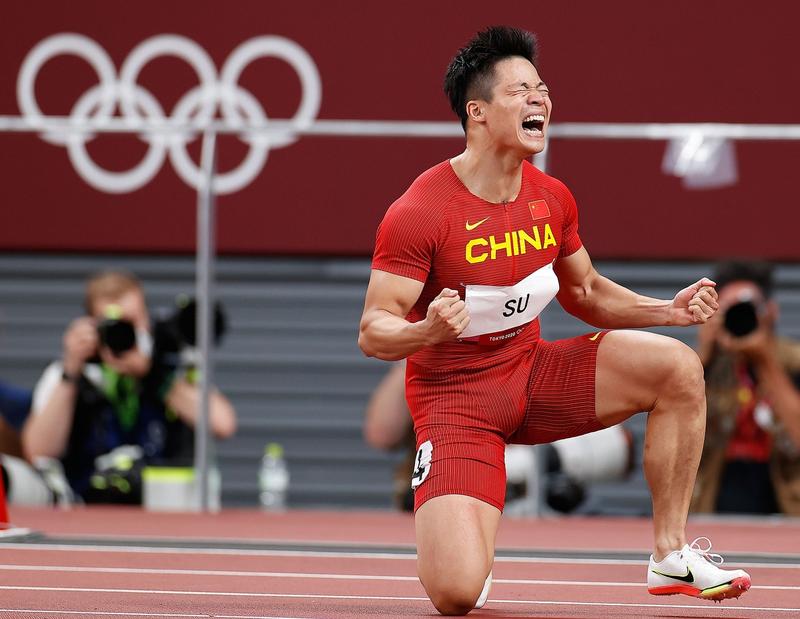 Sprinter Su Bingtian, who made history on track for China with a men’s 100m final appearance and new Asian record of 9.83 seconds from the semi-final race, will lead this year’s delegation to Hong Kong.