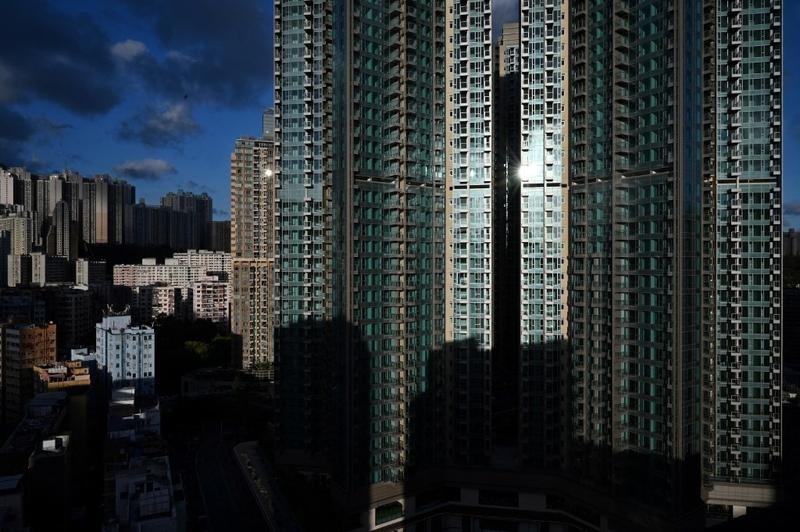 When the COVID-19 vaccination rollout started, the biggest material prize was an Instagramable sticker. Now in Hong Kong, you could potentially score a Tesla or even an apartment in the world’s most-expensive housing market.

With gold bars, a diamond Rolex and a US$100,000 shopping spree also up for grabs, Hong Kong’s vaccine lotteries are easily the flashiest. Yet it’s far from the only location rolling out eye-catching incentives to try and boost flagging vaccination rates. Russia’s giving away snowmobiles. West Virginians can score lifetime hunting licenses and custom rifles. In Alabama, people who are vaccinated got offered a chance to drive on a speedway track.

As the delta variant rips through the world, pleas for people to get vaccinated are becoming more forceful in countries fortunate enough to have abundant supplies. Governments and private businesses are trying a range of tactics, from ads featuring reassuring messages from trusted local figures — like doctors or hospital workers — to efforts in places like France to limiting access to public venues.

Giveaways are the less politically fraught option, though they have raised ethical questions. While policymakers don’t expect such incentives to have much effect on the outright skeptical, the hope is they may give those who are procrastinating a push over the line.

But do they push up vaccination rates?

Evidence is patchy. There is plenty of anecdotal evidence of initial surges. In Hong Kong, for example, the number of residents fully vaccinated against COVID-19 has doubled in the last seven weeks to over 2 million people, coinciding with the rollout of a host of private sector incentives.

On the other hand, one recent study of Ohio’s vaccine lottery found no evidence it had increased vaccination take-up though it did suggest rates had slowed less in Ohio than in the US overall.

Where data suggests there is a boost, reasons are hard to disentangle. Is it just the idea of winning something cool, or are people also motivated by the accompanying positive publicity around vaccination drives? Experts mostly agree that incentives are worth trying, because history suggests health messages alone don’t cut it.

“Nudges are what change people’s behavior,” said Noel Brewer, a professor specializing in vaccine uptake research at the University of North Carolina. “Fear communication, or risk communication, is ineffective.”

In Hong Kong, for example, the number of residents fully vaccinated against COVID-19 has doubled in the last seven weeks to over 2 million people, coinciding with the rollout of a host of private sector incentives

Effective incentives take into account the context of the local population, Brewer says. North Carolina, he notes, gave US$25 payments to people who got their first dose of the vaccine, which might sound small but would have been meaningful for lower-income residents.

In Hong Kong, there’s enough shots to go around, and they’re free for everyone as young as 12. Over 1 million fully vaccinated residents registered for a drawing for a new, US$1.4 million apartment — a 449 square-foot one-bedroom unit —offered by Sino Group and Chinese Estates, in the first week the draw was open according to the operators.

Local tycoons who are keen for the city not to be left behind as other financial centres open-up, responded with a range of incentives. Daily draws for some of the smaller prizes — like iPhones — began in July, with the bigger prizes slated for August and September.

Alvin Chan, a 25-year-old marketing executive, has been entering as many Hong Kong contests as he can find. Initially reluctant to get vaccinated because of concerns about side effects, he got the jab after being convinced there was no other way for society to open up. While the prizes weren’t a deciding factor, he thinks the lotteries are helping. Most require entrants to be over 18, Hong Kong residents and have receive two shots of vaccine by the time the draw closes. Eligibility is normally only checked for the winners though.

“They’ve created a welcome and positive atmosphere,” Chan said. “Many people are encouraged to take a baby step and get vaccinated.”

So what happens if you actually win? Compared with regular lotteries, the odds of walking away with the top prize are actually pretty good.

Hong Kong’s Mark Six Lottery has odds of about a 1 in 14 million chance of winning the top prize. Odds of winning the US Powerball jackpot are 1 in 292 million. But odds of winning the apartment could be 1 in 2.1 million, according to calculations based on Bloomberg’s vaccine tracker.

“Lotteries to nudge people towards a behavior they are ambivalent about (like getting vaccinated) can be quite effective,” said Matthew Browne, a psychology professor at CQ University in Australia. “I don’t think people tend think carefully about the odds of winning.”

If you are lucky and win, there are a few things to note.

In the US most states tax lottery winnings at the same rate as ordinary income, so whether you are sitting in Florida or New York will make a big difference to your wallet.

“The tax treatment of COVID lottery winnings should mirror the tax treatment of other winnings from lotteries and raffles,” said Jody Vanarsdale, general manager of H&R Block Expat Tax Services. “You must include cash winnings and the fair market value of any other prizes or property won.”

By contrast, the Hong Kong Inland Revenue Department says it is waiving betting duty — a local tax on the proceeds of lotteries — from winners of cash prizes from the lucky draws. Indeed, it warns that being asked for such a tax could indicate you are being scammed.

Any such winnings also wouldn’t be caught by the local personal tax, which is focused on employment income said Agnes Cheung, head of tax at HBO Hong Kong.

It might not be a bad problem to have, but if you win a physical prize — like one of the gold bars for example — you’ll have to think about secure storage. (Hint: under your bed isn’t a great option.)

If you win a big prize and then sell it immediately, the proceeds could be considered subject to business tax, Cheung said. Overseas citizens may also find their home country wants a slice of the winnings.

“It can get complicated,” Cheung said.