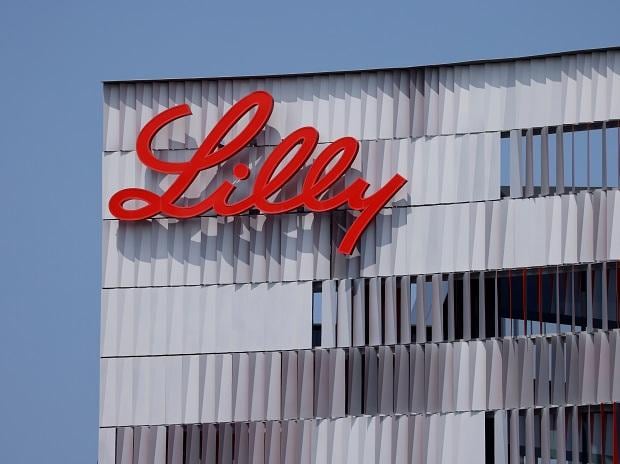 Eli Lilly logo is shown on one of the company’s offices in San Diego, California. Photo: Reuters

US pharma giant Eli Lilly has issued royalty-free, non-exclusive voluntary licences to three Indian drug makers – Cipla, Sun Pharmaceuticals and Lupin – to manufacture and distribute Baricitinib, which is being used to treat Covid-19.

“The voluntary licensing agreements will ensure high-quality manufacturing and accessibility of Baricitinib during this pandemic, improving the local treatment options available to positively impact the lives of people who are currently battling Covid-19 in India,” Eli Lilly said in a statement. The firm added that discussions were also taking place with other Indian players for the grant of voluntary licences to manufacture Baricitinib, which has recently found favour among clinicians for the treatment of Covid-19.

Luca Visini, managing director of Eli Lilly, India subcontinent, said that the firm has responded to the current surge of the pandemic in the country by issuing licences for Baricitinib to accelerate its local manufacturing and distribution. “More licences to additional Indian generic manufacturers are expected to be announced soon,” Visini added. Olumiant, or Baricitinib, is an oral drug developed by US biopharmaceutical major, Incyte Corporation, and licensed to Eli Lilly. In December 2009, Eli Lilly and Incyte announced an exclusive worldwide licence and collaboration agreement for the development and commercialisation of Baricitinib for patients with inflammatory and autoimmune diseases.

On May 3, Eli received permission from the Central Drugs Standard Control Organisation (CDSCO), a division of the ministry of health, for restricted emergency use of Baricitinib. The drug is to be used in combination with Remdesivir to treat hospitalised patients who need supplemental oxygen, invasive mechanical ventilation, or extracorporeal membrane oxygenation (ECMO).

Typically, a patient needs 14 tablets of Baricitinib for a full-course of treatment.

Eli Lilly has already donated 400,000 tablets of Baricitinib to the Indian government. “We will continue to explore other possible initiatives to support patients and the healthcare system in India,” Visini said.

The company has also been in talks with the Indian government and regulatory authorities to donate its other Covid-19 treatments such as Bamlanivimab and Bamlanivimab used in combination with Etesevimab.

Meanwhile, Hyderabad-based Natco Pharma has filed a Compulsory Licensing (CL) application before the Indian Patent Office, seeking the licence to manufacture and distribute Baricitinib in India. Natco has launched the drug at Rs 30 per tablet (4 mg) even as the CL proceedings are underway.

Natco said that it had approached Eli Lilly in December 2020, seeking voluntary licensing to manufacture Baricitinib and that it had offered a 7 per cent royalty on the net profits. However, Natco did not receive any response from Eli Lilly.