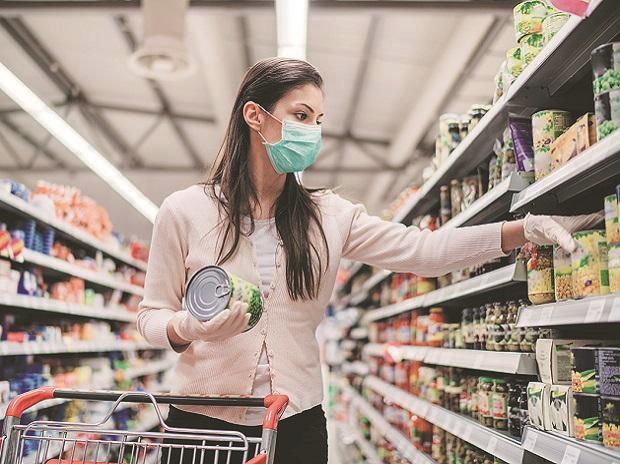 India’s fast-moving consumer goods market grew 12.6 per cent in the September ended quarter compared to the same period last year largely led by higher prices and an increase in urban consumption, NielsenIQ said in its release.

However, volume growth during the quarter stood at 1.2 per cent.

“Over the recent months, input cost pressure has forced manufacturers to increase prices especially of food products and cooking medium (cooking oil). This had a severe impact on small manufacturers in the September quarter, leading to 14 per cent of them churning out of the market versus a year ago”, said Sameer Shukla, customer success lead for NielsenIQ South Asia. “This churn is also one of the reasons for rural markets being under stress, and offers an opportunity for larger manufacturers to consolidate their share”, he added.

Despite rising prices, rural markets witnessed a slowdown due to consumption decline with value growth at 9.4 per cent which was largely led by price increase. Volumes contracted 2.9 per cent due to lower consumption of items like cooking oil, packaged grocery, hot beverages and fabric care, NielsenIQ said in its release. 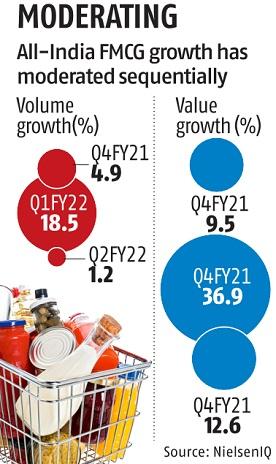 During the quarter, consumers opted for items in the popular price segment causing an uptick in value contribution, while the mass price segment saw a drop.

Modern trade also witnessed a revival in the quarter ended September as it grew at 17 per cent year-on-year, driven by strong food sales, the release said.

The e-commerce channel growth remained steady in the quarter due to the base effect. Personal care category drove growth for the channel consistently this year. Last year, e-commerce witnessed high growth post the first wave of the pandemic, the report said.