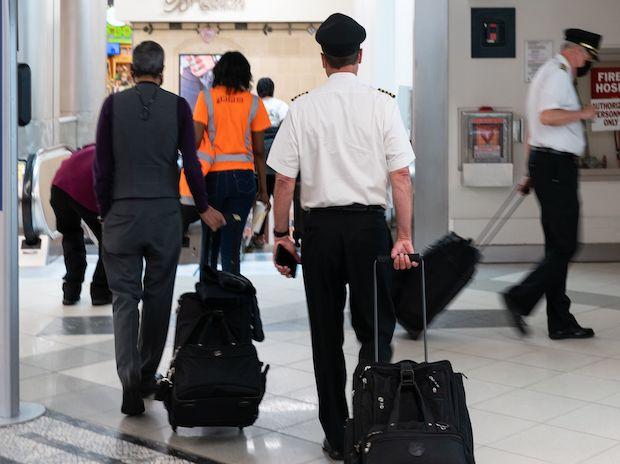 Aggressive waves of the fast-spreading delta variant also threaten to push back a travel recovery, which could bring more trouble to the industry as pilots leave for good to retire, look for other work or as their flying qualifications expire

When UK-based Goose Recruitment kicked off a recent campaign to find 30 Boeing Co. 737 cargo pilots for a client in Europe, 400 resumes poured in within 48 hours. Most of the applicants used to fly commercial passenger jets.

“Pre-Covid, most airline pilots would look down their noses at flying cargo,” Goose’s Chief Executive Officer Mark Charman said in an interview from his office in Southampton on England’s south coast. “Now they’re like, ‘Pick me!’”

This clamor for work is being reflected around the world, as desperate pilots who’ve been grounded by the pandemic for more than a year mob recruiters for the few new flying jobs on the market in a last-ditch effort to save their aviation careers.

Wasinc International Ltd., which recruits overseas pilots for Chinese and Japanese airlines, is getting so many emails from out-of-work applicants that it no longer needs to advertise the roles it is trying to fill. Job applications from down-on-their-luck aviators, from Brazil and Mexico to Canada and Europe, have jumped at least 30-fold from pre-virus days, Wasinc CEO Dave Ross said in an interview from his home in Las Vegas.

While a rebound in US domestic air travel offers some hope, the pleas for work reflect an industry decimated by the crisis. Temporary and permanent job losses at the four biggest carriers in the US exceeded 150,000 last year, including pilots and other staff. Global airline capacity is still wallowing 31% below normal levels, according to OAG.

Aggressive waves of the fast-spreading delta variant also threaten to push back a travel recovery, which could bring more trouble to the industry as pilots leave for good to retire, look for other work or as their flying qualifications expire. That risks leaving a shortage of skilled operators in the cockpit whenever a firmer recovery takes hold. Airline pilots must typically pass two proficiency checks a year, and additional qualifications tied to specific aircraft types can expire in 12 or 24 months. A survey in January found that more than half of the world’s commercial pilots were no longer flying for a living.

Wasinc has just four Chinese carriers including Sichuan Airlines Corp. accepting applications from overseas pilots, down from 23 before the pandemic. Covid travel restrictions make it hard for foreign pilots to enter China for assessments, Ross said. Even if a pilot lands a job, the generous pre-pandemic compensation packages of around $24,000 a month have more than halved because pilots aren’t flying so many hours, he said.

Ross said many of the pilots on his books looking for work are approaching the end of their validity periods. With the outlook so bleak, some are opting to leave the industry altogether. "I don’t think we can avoid the fact that maybe in less than a year, there’s going to be a shortage," he said.

Boeing said late last year the world will need 763,000 new pilots by 2039, even if Covid-19 had temporarily put a brake on traffic growth. Some are hiring again, trying to play catchup in markets experiencing a rebound. American Airlines Group Inc. will hire 350 pilots this year and 1,000 in 2022, 50% more than previously planned.

These bursts of activity aren’t enough to soak up the current excess of crew, according to Goose’s CEO and founder Charman. Even his company’s campaign that attracted a rush of applicants was put on ice due to "changes in our client’s business," he said.

It’s not just senior pilots with pensions and savings who are quitting now that jobs have dried up, Charman said. There are signs that career aspirations are dwindling for junior pilots too. "They’ve given up," he said. "Our prediction is that, very quickly, we will have a real problem in the aviation sector."