At first, Col. Liron Donnell only wanted to be a class commander – but in less than a year she will be promoted to brigadier-general and serve as the right-hand woman of the commander of the IDF’s Home Front Command, Maj.-Gen. Ori Gordin.

When she enlisted in 1994, Donnell set herself the goal of finishing the officer’s course and becoming a platoon commander. But after having risen through the ranks in various command positions, she has now been promoted to the second-highest rank in the military and will serve as the next Executive Officer of the Home Front Command.

Donnell is the latest woman to get promoted to such a senior role in the IDF and is one of seven women holding the rank of brigadier-general. There has only been one woman to hold the rank of major-general, Maj.-Gen. Yifat Tomer-Yerushalmi, who replaced Maj.-Gen.(res.) Sharon Afek as the IDF’s top lawyer – the military advocate-general.

She’s had a lot of meaningful moments in her career, and still has another 10 months until she becomes Gordin’s right-hand woman.

In the summer of 2014, Donnell was responsible for allocating troops and resources During Operation Protective Edge, which lasted 51 days. During the first hectic days of the war, it was Donnell who decided who would be called up first, which unit would be the first into Gaza and what tanks would go in first. 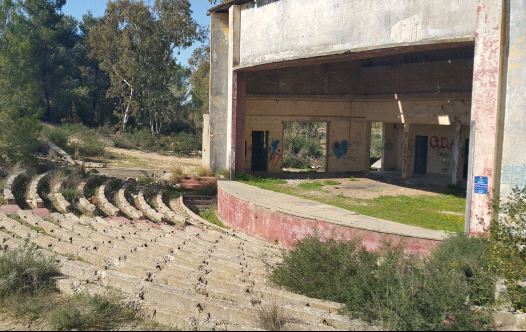 “It’s a lot of responsibility, but it’s a situation in which I found that I have a lot of energy under pressure,” she told The Jerusalem Post.

“I really like to get a big problem and solve it,” she said. “And you are placed so quickly in a situation where you need to be effective. Because at the end of the day the IDF’s strengths rely on troops and being ready for war. And that was my role. I knew that the IDF and the country needed me.”

And while she was fully invested in all the behind-the-scenes logistics of the war, she was also pregnant.

“I was in the ‘Bor’ [war room at the IDF’s military headquarters in Tel Aviv] from when the three teenagers were kidnapped when I was six months pregnant [until I] finished the operation at nine months,” Donnell said.

And she knew that during the last few months of her pregnancy she had a direct impact on the recommendations given to the top military echelon.

“Ninety percent of the decisions were approved and I felt like I was doing a meaningful job,” she said.

Donnell served as Operations Officer in the Home Front Command in her previous position, where she was in charge of integrating and planning the logistics of the command’s part in the fight against the coronavirus.

“My previous role was one of the more meaningful ones,” she said. And while the enemy wasn’t Hamas or Hezbollah, “it’s a pandemic that’s our enemy.”

“I never dreamed that a military would work in ways as it did during corona. From the first wave until today we had a huge responsibility to the civilians of Israel. People have been working around the clock, leaving their families and jobs to help in every place where they could help. In this role, you really feel like you are doing something for your country.”

For Donnell, “there’s something special about the Home Front Command It is always thinking about how it can help civilians, the government, and how to work with other bodies. It’s something big, and I’m not sure how many other positions give you that responsibility – and then you are able to see it in the field and get a hug from civilians. It warms your heart.”

And even during coronavirus, the Home Front Command did not stop its other roles, taking part in three rescue operations abroad as well as the Mount Meron tragedy.

“The command gives itself to many operations even when it’s not at war, and that’s what makes us special,” Donnell said. “It doesn’t matter the enemy or situation, we are here to help.”