“Lone soldiers” are IDF service members who do not have family in Israel to support them, as they are typically immigrants, overseas volunteers, or Israelis from orphanages or broken homes. The Lone Soldier foundation strives to provide assistance to lone soldiers defending the State of Israel– be it financially, with essential services, or even emotional support.

There are over 7,000 lone soldiers currently serving in the IDF.

About half of the lone soldiers serving in the IDF were born and raised in the country, many of whom hail from ultra-Orthodox society, underprivileged neighborhoods, or other turbulent environments. These soldiers live apart from their parents and families, and thus often encounter difficulties, such as finding a residence, buying clothes, furniture and food.

“When I was released, I did not understand where I was going,” said Oshrat Melchen, 24, who grew up in an ultra-Orthodox. “The association helped me enroll in courses, gave me a personal mentor, and helped me look for housing. They are saving lives.”

Christopher Habib, 24, joined the organization during his military service. “Until the age of 14, I grew up in a violent reality. I moved to a boarding school, and after a year of service, I enlisted in the Nahal. After many years of loneliness, I suddenly felt I had someone to lean on, a home to reach, and – most importantly – a sympathetic ear and people who accepted me unconditionally.”

“I took a commanders course and continued to prepare at-risk youth for (military) service. After I finished my service, I continued to be absent from an association that advised and directed and assisted me,” Habib continued.

“These are people who help thousands of soldiers, who need this love so much,” declared Habib. 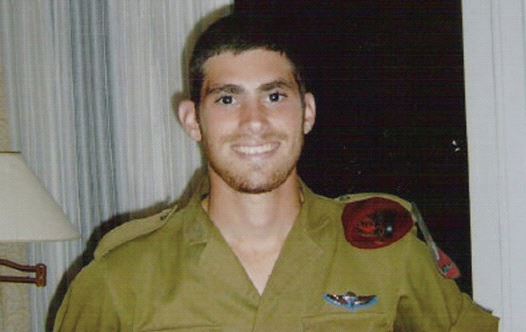 The foundation is named after paratrooper and American lone soldier Michael Levin, who came to Israel from Pennsylvania to enlist in the IDF. He was killed in action during the 2006 Second Lebanon War, dying at just 22 years of age. Thousands across Israel attended his funeral and a memorial in Jerusalem was built in his honor. He is buried in Mount Herzl, Israel’s national cemetery.

Drorit Nitzani, the program’s founder, said “When my daughter was looking for a home to host a wounded lone soldier, she asked if she could bring him in. I said yes, and from that moment my life changed, because I realized that no one cares for Israeli lone soldiers.” “It is the responsibility of all of us to enable each of them to realize their personal potential.”