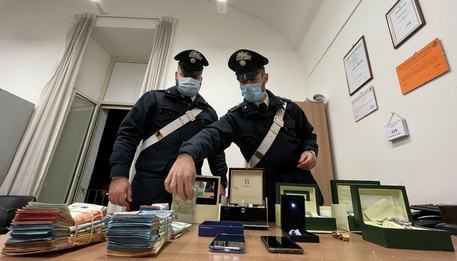 (ANSA) – ROME, DEC 1 – Italian police on Tuesday arrested 28 people in a probe into the activities of the Neapolitan Camorra mafia in and a round Rome.
Those arrested are accused of a range of mafia crimes including drug trafficking, extortion, and attempted murder.
Camorra boss Michele Senese was among those arrested.
Police said he led a drugs cartel in the Italian capital under whose command various criminal gangs operated, dealing and trafficking drugs.
One of these gangs allegedly included Fabrizio Piscitelli, the Lazio soccer ultra also known as Diabolik, who was gunned down in Rome in 2009, police said.
The Carabinieri operation kicked off at dawn in Lazio, Campania and also in the northeastern Veneto region, around Venice.
Alleged cartel ringleaders, underlings and pushers were among those arrested.
They have been charged with extortion, illegal weapons possession, grievous bodily harm, attempted murder, and fraudulent transfer of goods – all aggravated by using mafia methods.
The Camorra, based in Naples and the surrounding Campania region, is Italy’s third-biggest mafia behind Calabria’s ‘Ndrangheta, the richest and most powerful, and its older cousin in Sicily, Cosa Nostra. (ANSA).