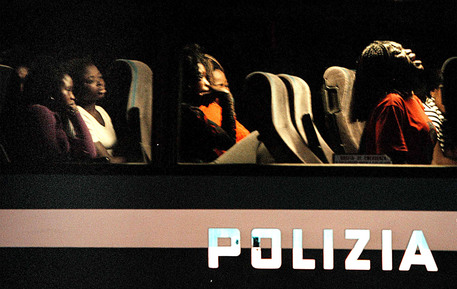 (ANSA) – ORISTANO, OCT 22 – A Sardinian priest on Thursday
got seven years in jail for favouring prostitution.

Father Giovanni Usai, founder of the Samaritan drug rehab
community in Arborea in Sardinia, was acquitted of sexual
violence.

The court found the priest guilty of allowing Nigerian girls to
engage in sex work instead of looking after them.

He was also found guilty of having sex with them.

The girls were guests in the community, which was supposed to
help prostitutes change their ways as well as treating addicts.

Father Usai said he would appeal the verdict.

He has always stated his innocence and said that he had only,
and unstintingly, devoted himself to social work and care since
founding the community in 1983.

But prosecutors said he knowingly let the Nigerian girls and
young women work as prostitutes, and also took advantage of
their services.

Father Usai , who was also chaplain at Oristano prison,was
arrested in 2010 when he was 67.

Two Nigerian men who ran prostitution rackets at the community
were convicted separately.

Father Usai was found guilty, in particular, of a case of having
sex with a Nigerian girl in exchange for the promise of a job in
the community, a charge he has always denied. (ANSA).