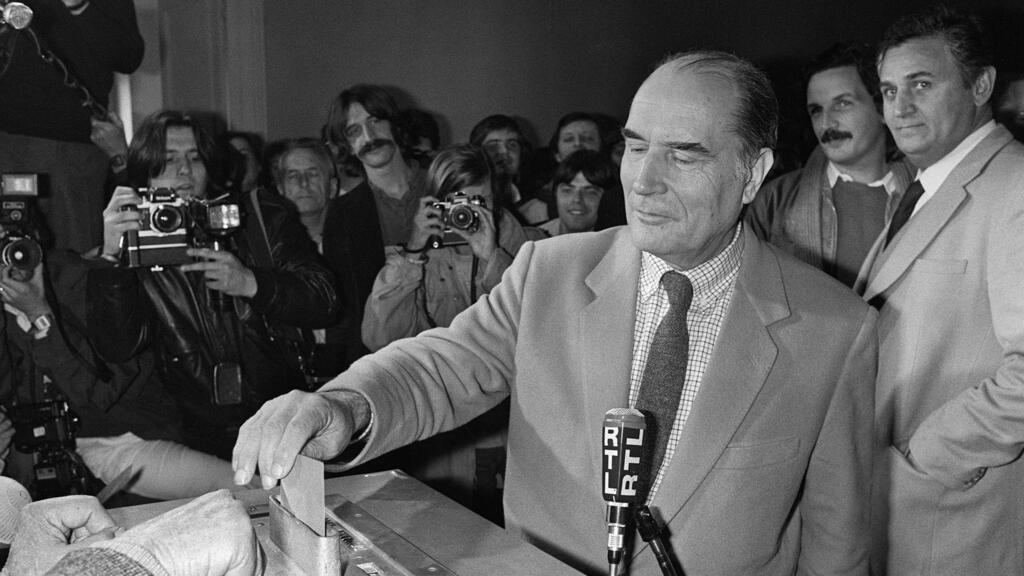 François Mitterrand was elected the Fifth Republic’s first Socialist president on May 10, 1981. Mitterrand soon U-turned on his socialist economic agenda – but he remains lionised by large sections of the French left. FRANCE 24 looks back on his unlikely ascent to the Élysée Palace, four decades on.

Mitterrand is probably best-known outside of France for having his lover and their child installed in a plush apartment at taxpayer expense, as well as hiring a security detail to hide the arrangement. An open secret for many years among French media, the existence of this second family was made public in 1994 in a revelation that would have ended the career of a politician in many other countries.

He is also remembered for his 1992 visit to a besieged Sarajevo – images were relayed across the world of the frail, elderly French leader braving the dangers of war to give moral support to its residents and bring in much-needed humanitarian supplies.

Before establishing himself as the French left’s most prominent politician in the 1960s with his trenchant opposition to conservative President Charles De Gaulle, the young Mitterrand worked as a mid-level civil servant for Philippe Pétain’s Vichy regime from 1941 to 1943 and was later an active member of the French Resistance in last two years of World War II.

Occupying the Élysée Palace from 1981 to 1995, Mitterrand remains the longest-serving president of the Fifth Republic, France’s current constitutional system – which is centred on a powerful presidency. The French president can dissolve the National Assembly (lower house) and remove the prime minister at will.

Mitterrand denounced this centralisation of powers under the Fifth Republic, which was founded in 1958 by De Gaulle. Famously, Mitterrand became much more favourable towards a strong executive when he was in charge of it. In fact, he was the “only other president in the last half century to recreate De Gaulle’s monarchical blend of authority and immunity from the banalities and dangers of daily government”, veteran British Paris correspondent John Lichfield wrote in 2013.

As president, Mitterrand ended up reneging on the socialist economic agenda on which he was elected. After winning the Élysée in 1981, Mitterrand nationalised major industries and banks as well as increased taxes on the wealthy – but unemployment continued to rise, inflation remained stubbornly high and the franc was devalued three times, prompting Mitterrand’s 1983 “tournant de la rigueur” (turn to austerity) and sparking the discontent of his leftist former champions.

But Mitterrand’s election remains a seminal moment for many on the French left – especially seeing as his victory over president Valéry Giscard d’Estaing was so unexpected. Until that point, the right had been in power for more than two decades. “Can Giscard lose?” asked the front page of centre-right weekly Le Point during the campaign.

Ahead of the 40th anniversary of Mitterrand’s election on Monday, FRANCE 24 discussed his presidency with Gérard Grunberg, a French political scientist and a Socialist Party supporter.

Few observers thought the left would win in 1981 – but Mitterrand pulled it off. How did he do it?

Mitterrand was an extraordinary politician – certainly the most gifted politician, after De Gaulle, in the history of the Fifth Republic. He had a very sharp understanding of politics and only one goal: to gain power. He focused all of his intellect on this goal and managed to unite the notoriously divided factions of the French left. But he was also lucky, and he knew how to seize the opportunities luck presented. It’s worth noting that he only beat Giscard d’Estaing narrowly in the second round, with 52 percent of the vote.

The Communist Party collapsed in the first round of the 1981 presidential elections, getting just 15 percent. The Communists’ image never really recovered from the revelations about the horrors of the Soviet Union that made their way to France in the 1970s. The Communists didn’t even field a candidate in the 1974 presidential elections. Then, in the years leading up to the 1981 elections, they were uncertain of their strategy – so many of their voters decamped to the Socialists. Then there was a divide on the right between Giscard d’Estaing and his former prime minister, Jacques Chirac – who challenged him in the first round, splitting the conservative vote. Chirac also did a lot to undermine Giscard d’Estaing’s campaign in the second round (despite officially endorsing the then president).

So this was a propitious backdrop for a Mitterrand win in 1981. Many French were also keen for a change after the right or centre-right had been in power for 23 years. The left could, at that time, rely on a large share of the vote from the working class – but they could also benefit from more and more members of the bourgeoisie adopting culturally liberal attitudes in the 1970s and, therefore, voting for the left.

Mitterrand is very much seen as the figure who united the left. But wasn’t it still fractious in 1981, with the Socialists and Communists competing against each other?

The Union of the Left (which had seen the Communists and other radical leftist parties unite behind Mitterrand’s candidacy in the 1974 presidential elections) no longer existed by 1981. Nevertheless, Mitterrand was able to project an image of himself as the leader of the left as a whole – especially seeing as it was the Communists who broke with the Union in 1977 because they knew the Socialists were supplanting them.

How did Mitterrand manage to unite the left around a common programme when he took power?

Well, there were still many policy disagreements, mostly about foreign policy. Mitterrand was an Atlanticist and a pro-European – the complete opposite of Communist leader Georges Marchais, who had to follow an agenda imposed by the USSR. There were also disagreements over economic policy, notably on how extensive the nationalisation programme should be.

But unlike today (with often bitter divides between – and sometimes within – the Socialists, the Greens, Jean-Luc Mélenchon’s France Unbowed party and other, smaller leftist groups), everyone wanted to join together back then. The Communists notably conceded on many issues.

Above all, François Mitterrand was a figurehead who offered a realistic chance of victory. Today, no one thinks the French left can regain power – especially considering that the Socialist Party now carries so much less electoral weight than it once did (Socialist candidate Benoît Hamon won just 6 percent of the vote in the first round of the 2017 presidential elections).

It’s not convincing for the French people, many of whom have also moved to the right.

Why do you think so many voters have shifted rightward?

Globalisation and economic liberalism have triumphed and the left acquiesced in their victory. When it has been in power (such as under François Hollande’s presidency from 2012 to 2017), the left didn’t do much to improve the lot of the working class. The Socialists tout a left-wing agenda whenever they are in the opposition. But when in power they don’t pursue this agenda at all, and when back in the opposition they regret not having been more left-wing when they had the chance. That’s exactly what Socialist Party leader Olivier Faure did a few years ago with his very critical post-mortem of Hollande’s single term in office. But as a result, many voters have turned toward the right or far-right, or else they just abstain entirely.