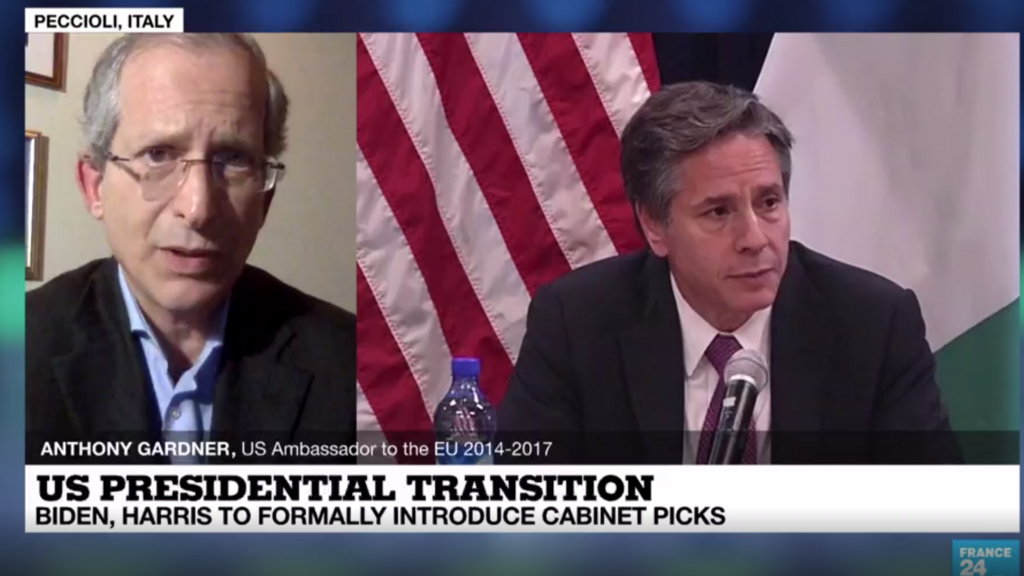 US President-elect Joe Biden and his Secretary of State nominee Antony Blinken must show the American public that multilateralism works before the 2022 midterms – a “tough hill to climb” – Anthony Gardner, former US ambassador to the EU, told FRANCE 24.

Gardner – who worked with Blinken as Washington’s envoy to Brussels from 2013 to 2017 – was full of praise for his former colleague: “I’ve seen him in some pretty difficult high-pressure situations. He was responsible for leading the inter-agency effort after the Russian invasion of Crimea. There were a lot of big egos around the table, but he never lost his cool.”

After four years of Donald Trump’s “America First” foreign policy, Biden and Blinken will face a major challenge, Gardner said: “One of the big challenges will be: Can we show the American people over the next four years that working with allies, working with the institutions that we built after the Second World War, yields better results for them than going it alone unilaterally, bilaterally, transactionally as Donald Trump did, sometimes insulting allies or undermining Europe and certainly the EU? We have to make that case successfully.”

“We need to make it in two years, before the midterm elections,” Gardner continued. “That’s going to be a tough hill to climb but [Blinken] is the perfect person to do it.”

“Probably a majority or even a large majority [of State Department staff] are Democrats,” Gardner noted. “So they were seen as the enemy” under Trump. “They were starved of funds. Trump tried several times to really gut funding for the State Department, which is really not that large.”

Click on the video player above to watch the full interview.