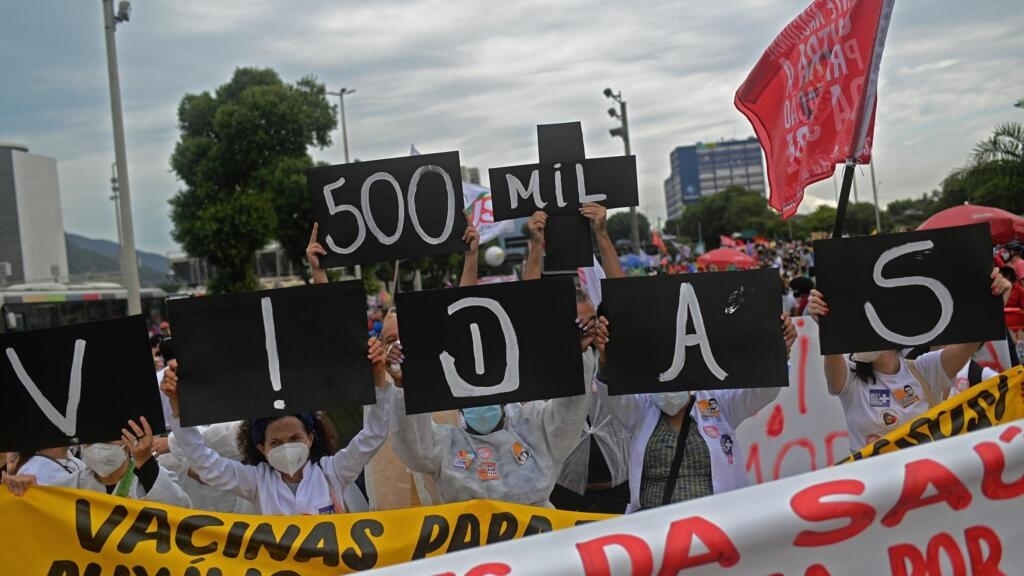 Brazil on Saturday crossed the grim threshold of 500,000 coronavirus deaths, the country’s health minister said, trailing only the United States in lives lost to Covid-19.

“500,000 lives lost due to the pandemic that affects our Brazil and the world,” Marcelo Queiroga tweeted, without giving the death toll from the past 24 hours.

As of Friday, the Health Ministry had recorded 498,499 deaths, with a daily average of more than 2,000 in the last seven days.

According to a consortium of the country’s main media groups, the overall death toll rose to 500,022 Saturday afternoon. The government releases its toll after 2100 GMT.

Brazil, with a population of 212 million, became the second country after the United States to surpass 500,000 Covid-19 deaths.

The South American country experienced a second wave of the pandemic this year, when it topped 4,000 deaths per day.

Brazil now appears to be grappling with a third wave in its outbreak, with infections and deaths spiking.

According to the latest weekly report from the Fiocruz medical research foundation, the country is in a “critical” situation with a high number of deaths and the possibility of things worsening in coming weeks as winter arrives in the southern hemisphere.

Demonstrators are rallying in Rio de Janeiro to call for the resignation of President Bolsonaro as Brazil approaches 500,000 Covid deaths.


Experts are concerned about the slow rollout of the country’s vaccination campaign, the spread of more aggressive virus variants and President Jair Bolsonaro‘s hostility toward preventative measures like mask wearing and lockdown restrictions.

Queiroga tweeted that he was working “tirelessly to vaccinate all Brazilians in the shortest possible time and change this scenario that has plagued us for more than a year.”