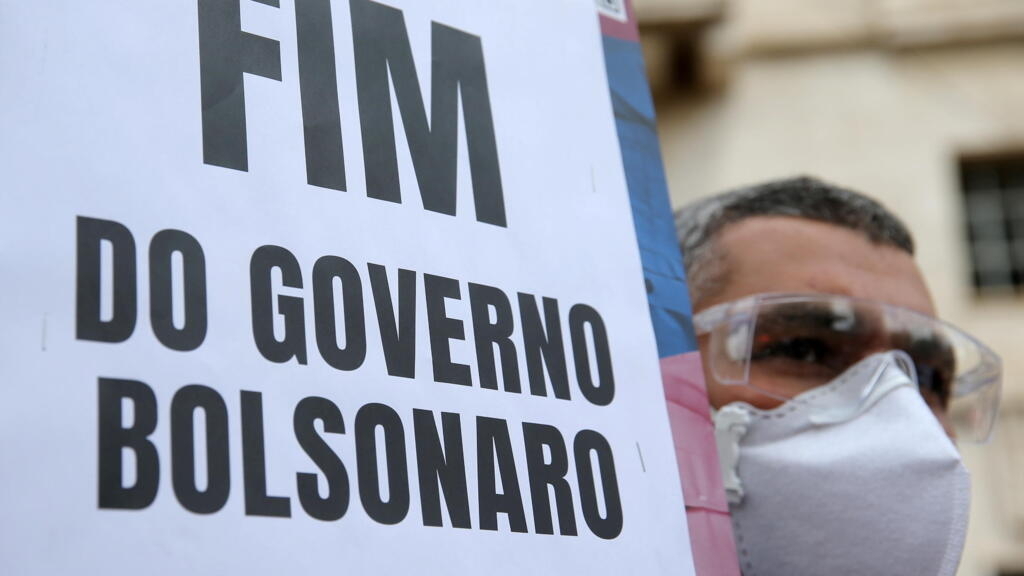 Brazilian President Jair Bolsonaro doubled down on his opposition to lockdown measures to contain Covid-19 Wednesday, as experts warned a large-scale stay-at-home was “absolutely necessary” to slow a deadly surge of the coronavirus.

Hard-hit Brazil registered its deadliest day yet in the pandemic Tuesday with more than 4,000 deaths, fueling mounting calls for a lockdown — something Bolsonaro has vehemently rejected.

Leading public health institute Fiocruz recommended Wednesday the country adopt a strict lockdown to alleviate what it called the “collapse” of the health system.

“Lockdown measures are a bitter but absolutely necessary pill in moments of crisis and the collapse of the health system, such as the country is experiencing now,” it said.

But Bolsonaro reiterated his opposition to lockdowns, which he argues cause economic damage that is worse than the virus itself.

“We’re not going to accept these policies of ‘stay home, close everything, lock down,'” he said on a visit to the southern city of Chapeco.

“There’s not going to be a national lockdown. Our army isn’t going into the streets to force the Brazilian people into their homes.”

The far-right president has defied expert advice on containing the pandemic, criticising lockdowns, face masks and vaccines even as the virus has claimed nearly 337,000 lives in Brazil — second only to the United States.

But he faces mounting pressure to get the situation under control amid a brutal new surge of the virus that has made Brazil the current epicenter of the pandemic, overflowing hospitals and forcing cemeteries to hold burials around the clock.

Fiocruz said intensive care units in hospitals were at “critical levels” of occupancy in 24 of Brazil’s 27 states.

Bolsonaro complained he was being treated unfairly by critics of his handling of the pandemic.

“I think I’m the only world leader taking all this criticism. It would be easier to just follow the masses. That way people don’t accuse you of ‘genocide’ just because I think differently,” he said.

He also renewed his backing for the so-called “Covid kit,” a package of medications such as malaria drug hydroxychloroquine and parasite drug ivermectin that he maintains is effective against the disease despite a raft of studies finding the opposite.