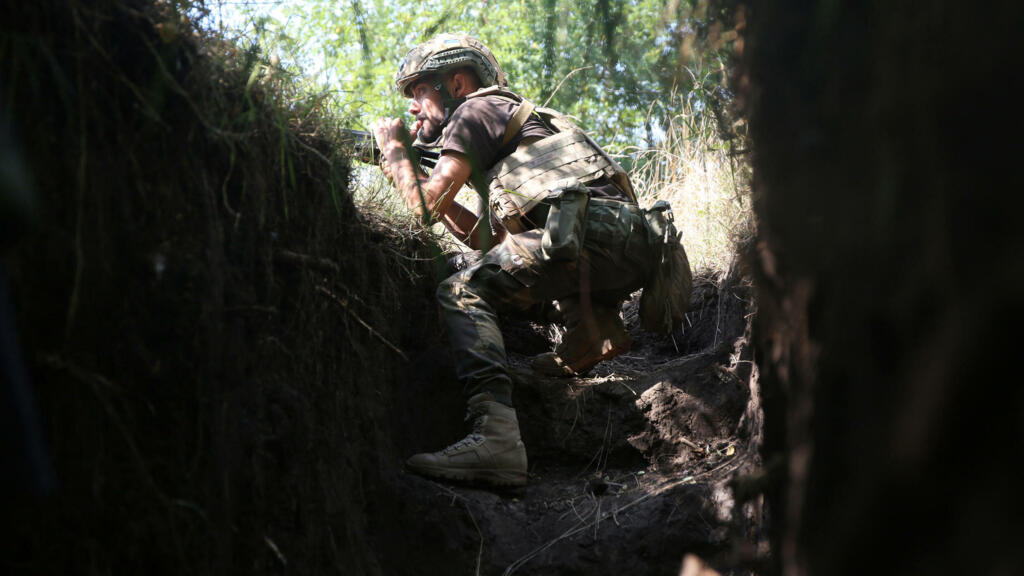 A Ukrainian soldier was killed in clashes with pro-Russia separatists in the east of the country, Kyiv said Thursday, as tensions with Moscow soar and US Secretary of State Antony Blinken and Russian Foreign Minister Sergei Lavrov are due to meet in Stockholm.

The latest death brings Ukraine‘s toll in the simmering conflict to 61 since the start of the year, according to an AFP tally based on official figures, compared to a total of 50 in all of 2020.

Pro-Russia separatists have reported the loss of some 40 fighters since the start of the year.

The incident comes as the West accuses Russia of planning an invasion of Ukraine. Moscow denies the claim and accuses the West of stoking tensions.

Top US diplomats, who have joined NATO and Europe in warning against military action, meet their Russian counterparts on Thursday in Sweden.

In a statement on Facebook, the Ukrainian army accused separatists of firing at its positions with grenade launchers and machine guns.

Its press service told AFP the soldier was killed on Wednesday and that it had lost six other servicemen in the same zone last month.

Kyiv has fought a conflict with pro-Russia rebels in its eastern regions since 2014. The war erupted shortly after Moscow annexed Ukraine’s Crimea peninsula and has since claimed more than 13,000 lives.

Ukrainian officials said at the time that Russia had moved about 115,000 soldiers to the area.

Kyiv and its Western allies have long accused Moscow of sending troops and weapons across the border to support pro-Russia separatists that seized two eastern regions in 2014 shortly after Russia annexed Crimea.

The Kremlin denies those claims.

US Secretary of State Antony Blinken said last month Washington was concerned about “unusual” Russian activity and warned Moscow against making another “serious mistake” as in 2014. The US this week said it had “evidence” Russia could be planning an invasion, threatening Moscow with economic sanctions if it attacks.

Russia has dismissed the allegations as “hysteria.”

Russian President Vladimir Putin on Wednesday said Moscow is taking “adequate military-technical measures” in response to what he called a growing threat on its Western border.

He said he wanted “concrete agreements” from NATO that it would not expand eastwards.

The top US diplomat has expressed concern that Russia might seek to claim it was provoked into military action.

Lavrov on Wednesday warned against a Ukrainian “military adventure” after his ministry said Kyiv had deployed some 125,000 troops to the east.