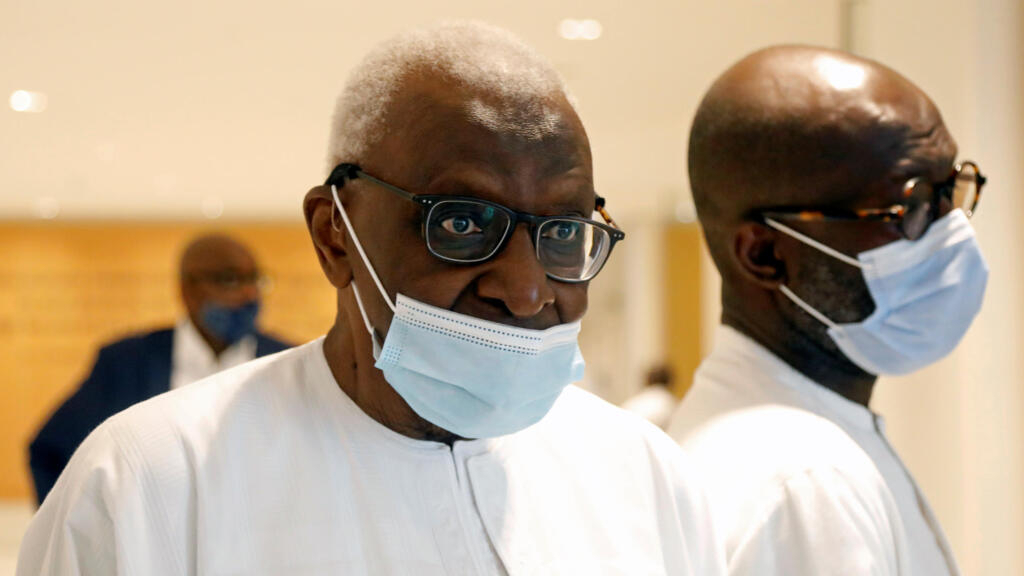 The former head of world athletics’ governing body, Lamine Diack, was convicted in France on Wednesday of corruption in a Russian doping scandal and sentenced to spend at least two years in jail.

Diack, an 87-year-old Senegalese, was found guilty of accepting bribes from athletes suspected of doping, to cover up test results and let them continue competing, including in the 2012 London Olympics.

Prosecutors said Diack had solicited bribes totaling €3.45 million ($4.10 million) from athletes suspected of drugs cheating. The presiding judge said the former long-jumper’s actions had “undermined the values of athletics and the fight against doping”.

Diack, wearing a white robe, sat impassive in front of the chief judge as she read out the guilty verdict and sentence. The judge, Rose-Marie Hunault, detailed his role in the payoff scheme, dubbed “full protection”, that squeezed Russian athletes suspected of doping of millions in hush money.

“The money was paid in exchange for a programme of ‘full protection’,” she said, adding the scheme allowed athletes who should have been suspended “purely and simply to escape sanctions”.

The court also handed guilty verdicts to five other people, including Diack’s son, Papa Massata Diack, who worked as an IAAF marketing consultant. The judge said $15 million was funneled to the younger Diack’s companies, including commissions and money creamed off contracts and the sale of TV rights and other transactions while his father was in charge at the IAAF.

Ahead of the verdict, Papa Massata Diack this week called the charges “the biggest lie in the history of world sport”. He said he earned $10 million from his IAAF consultancy work but all legally. He said he skipped the trial because “to submit to French justice is to put myself at the disposal of my enemies”.

Senegal refused to extradite him.

Lamine Diack was once one of the most influential men in the sport, leading the International Association of Athletics Federations (IAAF) from 1999 to 2015. The IAAF is now known as World Athletics.