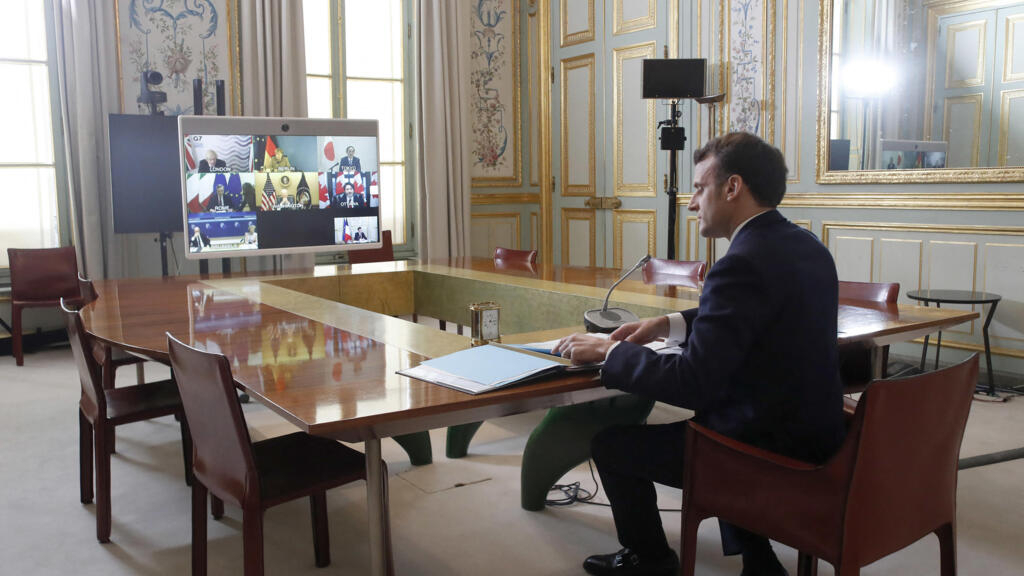 Leaders of the Group of Seven (G7) economic powers, who control a little under half of the world’s economy, on Friday agreed to “intensify cooperation” in response to the coronavirus pandemic and increase funding commitments for the rollout of vaccines in the world’s poorest countries to $7.5 billion.

Days after the UN voiced alarm over gaping inequities in the initial rollout of vaccines between rich and poor countries, G7 leaders holding a virtual meeting on Friday agreed to increase financial commitments to global vaccination efforts.

“Today, with increased financial commitments of over $4 billion to ACT-A and COVAX, collective G7 support totals $7.5 billion,” the elite club comprising Britain, Canada, France, Germany, Italy, Japan and the US said in a joint statement.

But many leaders, under pressure over their vaccination campaigns at home, were unwilling to say exactly how much vaccine they were willing to share with the developing world, or when.

German Chancellor Angela Merkel said after the G-7 leaders held a virtual meeting that fair distribution of vaccines was “an elementary question of fairness”.

But she added, “No vaccination appointment in Germany is going to be endangered.”

French President Emmanuel Macron gave a firmer target, saying Europe and the US should allocate up to five percent of their current Covid-19 vaccine supplies to the poorest countries “very fast”.

After their first meeting of the year, held remotely due to the pandemic, G7 leaders said they would accelerate global vaccine development and deployment” and support “affordable and equitable access to vaccines” and treatments for Covid-19.

Macron called on Western nations to supply 13 million doses of Covid-19 vaccines to African governments “as soon as possible”.

“The African continent has 6.5 million health workers. It requires 13 million doses to protect them and allow their health systems to withstand” the coronavirus crisis, he told the Munich Security Conference by video from Paris.

He said this would represent just 0.43 percent of the West’s vaccine stocks, but be a boon to African countries struggling to protect their citizens.

“If we, Europeans and Americans, can deliver these 13 million doses as soon as possible, it’s hugely worth it, and it’s worth it for our credibility,” Macron said.

Russia, China will benefit if US, Europe does not deliver

He warned that if rich countries promise doses that do not arrive for another six to 12 months, “our African friends will be pressured by their populations, and rightly so, to buy doses from the Chinese, the Russians or directly from laboratories.”

“And the power of the West, of Europeans and Americans, will be only a concept, and not a reality,” he said.

The vaccine donations, he added, would also be tangible proof of a trans-Atlantic push to foster a “useful” globalisation reflecting “a common will to advance and share the same values”.

“If we want our globalisation to succeed … we must address the problem of inequalities in our societies, with our neighbours,” Macron said.

The leaders called for stronger defences against a future pandemic, including exploring a global health treaty, but the focus was on a green recovery – on the same day that the US rejoined the Paris climate agreement.

“Jobs and growth is what we’re going to need after this pandemic,” British Prime Minister Boris Johnson told the opening of the meeting.

After Facebook cut news feeds in Australia, Macron raised the role social media platforms should have in preserving freedom of speech and how to regulate them, a French official said on Friday.

Even at the virtual top table of world politics, the “mute curse”, which has stilted video calls for millions of businesses and families over the past months of lockdown, struck.

As Johnson began the meeting, a German voice suddenly interrupted him.

“Can you hear us Angela,” Johnson quipped to the German leader, chuckling. “I think you need to mute.”

Johnson also claimed that Biden had “nicked” – British slang for stolen – his slogan “build back better”, though Johnson said that he himself had probably stolen it from somewhere else.

Once the mute problems were over, the leaders got down to business again.

“Covid-19 shows that the world needs stronger defences against future risks to global health security,” the G7 said. “We will continue to support our economies to protect jobs and support a strong, sustainable, balanced and inclusive recovery.”

Though Biden has cast China as the “most serious competitor” of the United States, China was mentioned only once in the communiques.

Johnson said the G7 – as “like-minded liberal free-trading democracies” – stood together on issues such as condemnation of the coup in Myanmar and the detention of Alexei Navalny in Russia.