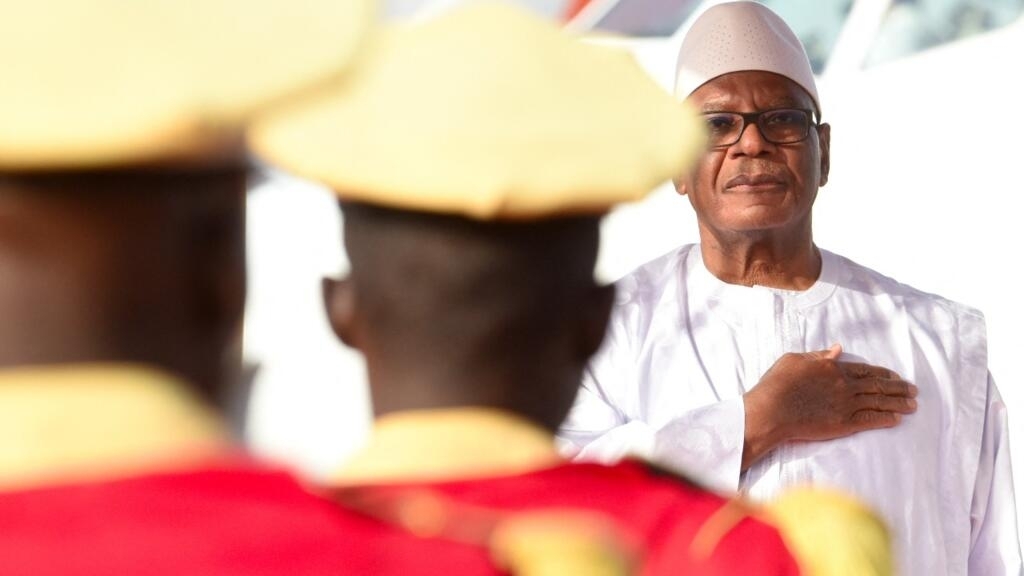 Mali’s former president Ibrahim Boubacar Keita, who led the West African country from 2013 until he was ousted in a coup in 2020, died at the age of 76 in the capital Bamako on Sunday, his family said. The former French president, François Hollande, paid tribute to him on the antenna of France 24.

A few hours after the announcement of Keita’s death on Sunday January 16, the former French President François Hollande hailed “an African proud of his continent, who worked in harmony with his colleagues from West Africa”.

Questioned by FRANCE 24, Hollande also underlined the vigor of IBK in his fight against jihadism in Mali. “I had known Mr. Keïta for a long time, we worked together in the operations that we had launched,” he said.

“He was a lover of the French language. […] He was a man of culture, he had a very good knowledge of African and French authors, he was able to recite poems,” Hollande said, recalling Keita’s deep attachment to the language of Molière.

Looming over most of Keita‘s presidency was the jihadist insurgency that has rocked the poor Sahel country since 2012, while his toppling marked the rise of the military junta which is now under regional sanctions for failing to restore civilian rule.

Mali‘s interim government issued a statement hailing “the memory of the illustrious” Keita, adding that the former president died “after a long illness”.

Keita was forced out of office on August 18, 2020, by young military officers who staged an uprising at a base near Bamako before heading into the city, where they seized Keita and other leaders.

Foreign Minister Abdoulaye Diop said he was “saddened to learn of the death of former president Ibrahim Boubacar Keita”, adding that “it is with great emotion that I bow before his memory”.

Macky Sall, president of neighbouring Senegal, said in a Tweet he was “saddened” by the news, while Niger’s ex-president Mahamadou Issoufou, a former comrade of Keita’s in the Socialist International, hailed him as “a cultured man, a great patriot and a pan-Africanist”.

Politicians and other public figures went to Keita’s home southwest of Bamako to offer their condolences, with police guarding the entrances, according to AFP journalists at the scene.

The government statement said funeral plans would be announced at a later date.

In the weeks before the 2020 coup, Keita had been struggling with protests fuelled by his handling of the jihadist insurgency and failure to turn around Mali’s floundering economy.

Seized by the putschists, the junta that emerged from the rebellion — under pressure from the West African bloc ECOWAS — released Keita weeks later and returned him to his residence in Bamako, under surveillance.

He suffered a mini-stroke the following month, and was sent to United Arab Emirates for treatment. He had been based at his Bamako home since, staying out of public life.

The ruling junta would stage another coup in May 2021, toppling a civilian transitional government.

The junta had vowed to hold elections next month to transition the country back to civilian rule. But at the end of the last year, the junta revised its timetable, saying it  could stay in power for up to five years.

In response, ECOWAS agreed to sanction Mali earlier this month, imposing a trade embargo and shutting borders, in a decision backed by the United States, the European Union and former colonial power France.

Landlocked Mali, one of the world’s poorest countries, is already feeling the effects of the sanctions, prompting thousands to protest in Bamako on Friday.

The son of a civil servant, Keita was born in the southern industrial city of Koutiala, the declining heartland of cotton production.

After studying literature in Mali, Senegal and France, Keita became an adviser for the EU’s overseas development fund before heading a development project in northern Mali.

He then rose through the ranks under Alpha Oumar Konare, the country’s first democratically elected president.

As a socialist prime minister between 1994 and 2000, he quelled a series of crippling strikes, earning a reputation as a firm leader and helping to set up his landslide election in 2013.

Keita was then re-elected in 2018 elections, beating opposition leader Soumaila Cisse, who died in December 2020 of Covid.