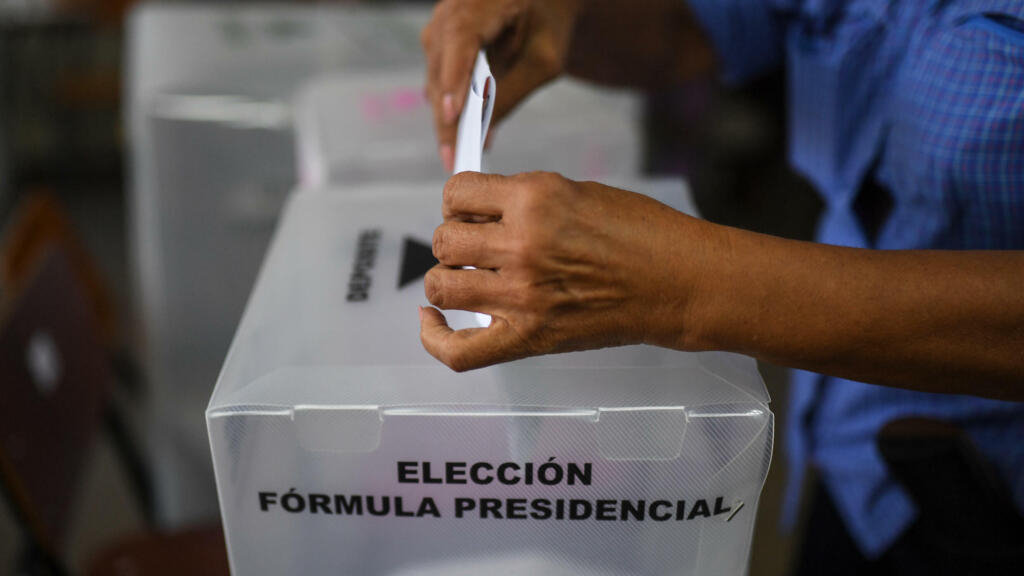 Hondurans voting in what electoral officials said were “massive” numbers on Sunday boosted opposition hopes of ending a dozen years of National Party rule and possibly paving the way for leftist Xiomara Castro to win the presidency.

If she wins, opposition standard-bearer Castro would become the first female president in Honduras and mark the left’s return to power for the first time since her husband, former President Manuel Zelaya, was deposed in a 2009 coup.

As polls closed, the electoral council said more than 2.7 million voters had already cast ballots, a figure the council described as a “massive turnout” but with more votes yet to be counted.

He added that voters still in line could vote, in a contest marked by efforts from the conservative ruling party to shake off numerous corruption scandals while attacking Castro as a dangerous radical.

Long lines could be seen at many polling places across the capital. Nationwide, some 5.2 million Hondurans are eligible to vote.

For months, Castro has sought to unify the opposition to outgoing President Juan Orlando Hernandez, who has denied accusations of having ties to powerful gangs, despite an open investigation in the United States allegedly linking him to drug trafficking.

After tying up with the 2017 runner-up, a popular TV host, most polls have reinforced her front-runner status.

“We can’t stay home. This is our moment. This is the moment to kick out the dictatorship,” said Castro, mobbed by reporters just after voting in the town of Catacamas earlier in the day.

The candidate said she trusted that voters would report any problems they see and that international observers would also help to ensure a fair vote.

The election is the latest political flashpoint in Central America, a major source of US-bound migrants fleeing chronic unemployment and gangland violence. Honduras is among the world’s most violent countries, although homicide rates recently have dipped.

Central America is also key transit point for drug trafficking, and where concerns have grown over increasingly authoritarian governments.

The vote also has prompted diplomatic jostling between Beijing and Washington after Castro said she would open diplomatic relations with China, de-emphasizing ties with US-backed Taiwan.

Castro’s main rival among 13 presidential hopefuls on the ballot is the National Party’s Nasry Asfura, a wealthy businessman and two-term mayor of the capital Tegucigalpa, who has tried to distance himself from the unpopular incumbent.

After casting his ballot, a measured Asfura said he would respect voters’ verdict.

“Whatever the Honduran people want in the end, I will respect that,” he said.

Some voters consulted by Reuters expressed dissatisfaction with their choices, but many others had clear favorites.

“I’m against all the corruption, poverty and drug-trafficking,” said Jose Gonzalez, 27, a mechanic who said he would vote for Castro.

Hernandez’s disputed 2017 re-election, and its ugly aftermath, looms large. Widespread reports of irregularities provoked deadly protests claiming the lives of over two dozen people, but he ultimately rode out the claims of fraud and calls for a re-vote.

Alexa Sanchez, a 22-year-old medical student, lounged on a bench just after voting while listening to music on her headphones and said she reluctantly voted for Castro.

“Honestly, it’s not like there were such good options,” she said, adding she was highly skeptical of a clean vote.

Zeljana Zovko, the EU’s chief observer, told a scrum of reporters around midday that her team mostly saw calm voting with high turnout, although most polling stations they visited opened late.

“The campaign has been very hard,” said Julieta Castellanos, a sociologist and former dean of Honduras’ National Autonomous University, noting that Castro has “generated big expectations.”

Castellanos said post-election violence is possible if the race is especially close, if a large number of complaints are lodged and give rise to suspicions of wide-scale fraud, or if candidates declare themselves victorious prematurely.

On Sunday afternoon, National Party leader Fernando Anduray made such a declaration, assuring an Asfura win while voting continued.

In addition to the presidential race, voters are also deciding the composition of the country’s 128-member Congress, plus officials for some 300 local governments.

In Tegucigalpa’s working-class Kennedy neighborhood, 56-year-old accountant Jose, who declined to give his surname, said he would stick with the ruling party.

“I have hope Tito Asfura can change everything,” he said, using the mayor’s nickname.

“Look, here the corruption is in all the governments.”