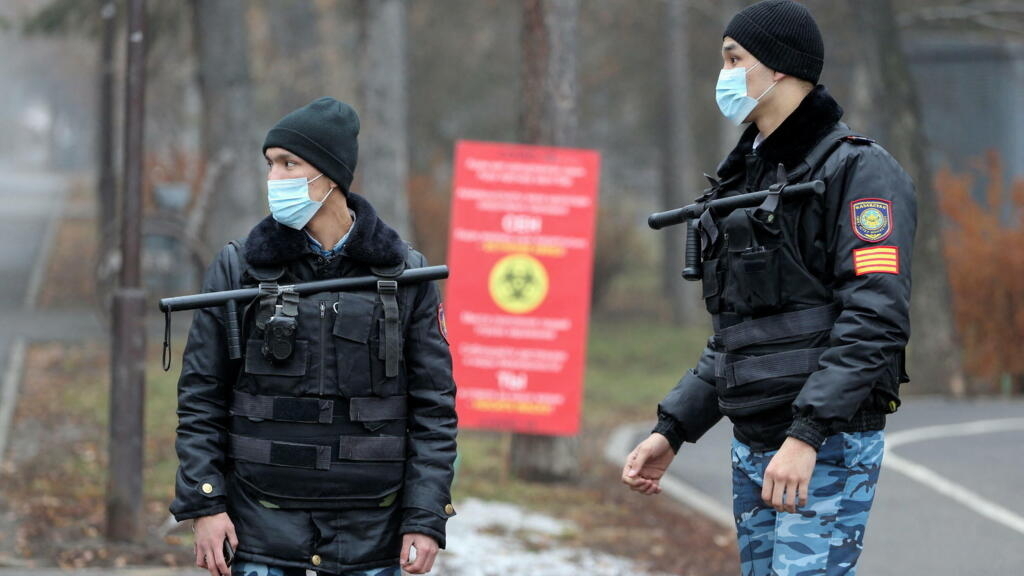 Kazakhstan said Saturday it was holding more than 460 people on terrorism and disorder charges in the wake of mass unrest that saw Russian-led forces called in to restore calm.

The former Soviet republic has been roiled by clashes that escalated from peaceful protests against a car fuel price increase.

Authorities have blamed bandits and international terror cells, despite evidence of a struggle at the top of the authoritarian leadership.

Eldos Kilymzhanov, a representative of the state prosecutor, said Saturday that 464 suspects were facing charges related to terrorism and mass disorder.

A total of 970 suspects were in custody he said including on charges of theft, disorderly behaviour and possession of weapons.

Kilymzhanov said 73 suspects had sustained bodily injuries and among them “29 people with gunshot wounds were hospitalised to city hospitals on our instructions”.

Although protests began in the country’s west where the price of a popular car fuel, Liquified Petroleum Gas (LPG) spiked at the New Year, former capital Almaty — a financial hub of 1.8 million people — became the epicentre of the violence that followed.

The foreign ministry on Friday pushed back angrily against a European Parliament resolution that flagged violations of fundamental rights in the government’s handling of the crisis.

The ministry called the resolution from earlier in the week “not only biased but also based on prejudiced opinions and assumptions”.

Multiple former detainees have alleged torture in detention since they were released.

Over 2,000 troops from the Moscow-led Collective Security Treaty Organisation (CSTO) completed a withdrawal from Kazakhstan on Wednesday.

The clashes that peaked in the firt week of January sparked speculation of a rift between President Kassym-Jomart Tokayev, 68 and his long-ruling predecessor Nursultan Nazarbayev, 81. Prominent relatives of the former strongman were dismissed from corporate and government posts as Tokayev appeared to cement control over the situation.

But Nazarbayev, widely viewed as Kazakhstan’s de facto decider prior to the clashes, this week made his first appearance of the year to deny any conflict with the man he hand-picked as his replacement when stepping down from the presidency in 2019.