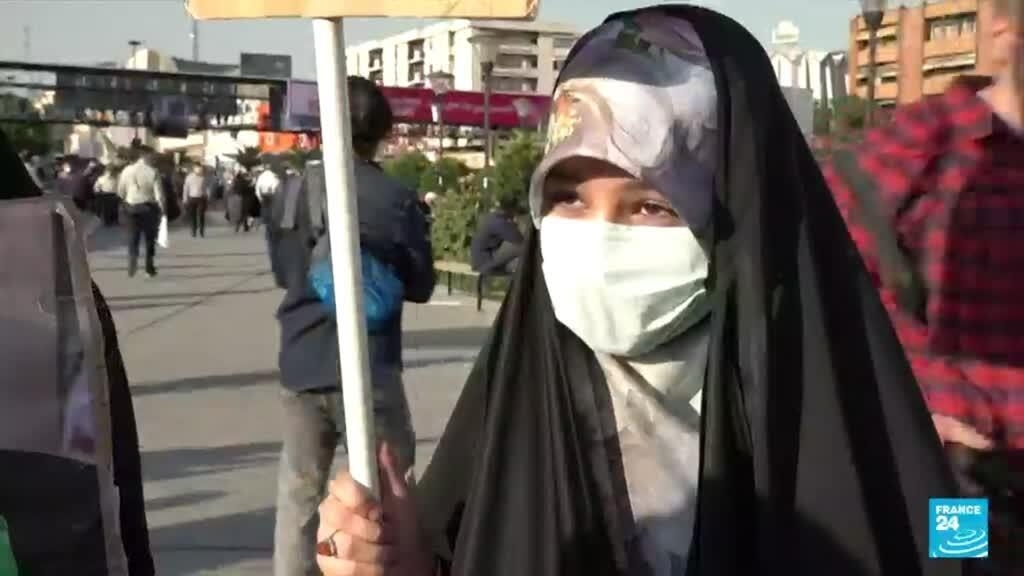 Iran’s presidential race narrowed on Wednesday with two candidates dropping out on the campaign’s last day, including one of just two reformists. FRANCE 24’s James Andre reports from Tehran, where critics say the vote is pre-determined and orchestrated by Supreme Leader Ayatollah Ali Khamenei’s inner circle.

The square in Tehran is full of supporters who have gathered for Iranian judiciary chief Ebrahim Raisi’s campaign rally. The ultraconservative judiciary chief is close to the ayatollah and is widely viewed as the favourite to win Friday’s election.

“I’m 18, it’s the first time I’m voting and I’m voting for Raisi,” a young woman holding Raisi’s portrait says, explaining he can count on her ballot, “because he’s in line with the supreme leader and he respects the principles of the Islamic revolution”.

But in another part of the city, FRANCE 24 met with Mohsen Rafsanjani, the son of a former president, and one of the many reformist candidates whose bids were rejected by the Guardian Council, an organ close to the ayatollah.

“I don’t accept this disqualification, but there’s nothing we can do, the decision is final,” says Rafsanjani, adding it is important people still head to the polls to “express their opinions so these pre-determined elections won’t transform our Islamic Republic into an Islamic government”.

Although 55 million Iranians are eligible to vote in the elections, most of the Iranians FRANCE 24 spoke to say they do not see the point as reformist front-runners have been barred from running.

Click on the player above to watch the story in full.