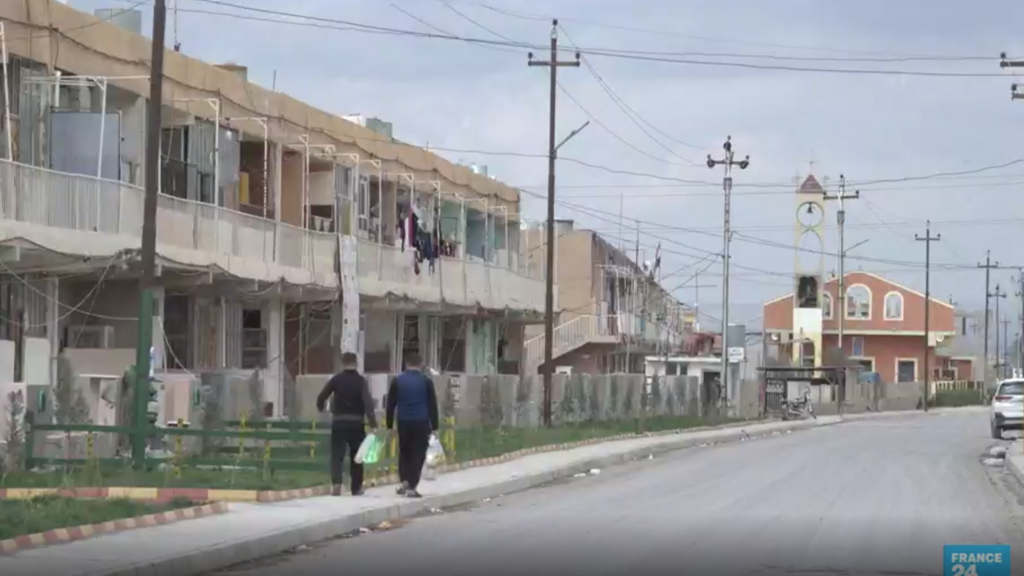 The people of Qaraqosh – a northern Iraqi city that was controlled by the Islamic State group from 2014 to 2016 – were rebuilding their city as Pope Francis arrived Sunday as part of a four-day trip focused on supporting Iraq’s Christian community. FRANCE 24 reports.

Much of Qaraqosh was destroyed during the jihadist occupation. Four years after the city was liberated during the battle for Mosul, only half of the city’s population has returned.

Father George, a priest in Qaraqosh, said he hoped the pope’s visit would encourage other former residents to do the same: “After the liberation of the city, the Church encouraged people to come back and rebuild their homes. People returned but they were very cautious, because when Daesh (IS group) attacked Qaraqosh, it was brutal.”

After the 2003 US-led invasion toppled Saddam Hussein, many Iraqi Christians moved to Qaraqosh, an almost entirely Christian city, as the economy flourished.

Many residents now look back on that time with nostalgia: “I used to earn a living, when there was work, and when there wasn’t any work here, I’d just go to the [Kurdish] city of Erbil,” said one resident, Mazin George Abdel. “But today the situation is really difficult in Qaraqosh. There is no work; our life has become difficult.”

Issam Makoka, a grain farmer, said, “When we had to move, we left everything behind, and when we came back we had no money, nothing.” But the French NGO Fraternity in Iraq provided financing for a factory where Makoka now works.

“They helped us breath again,” he said.

Click on the video player above to watch the FRANCE 24 report.