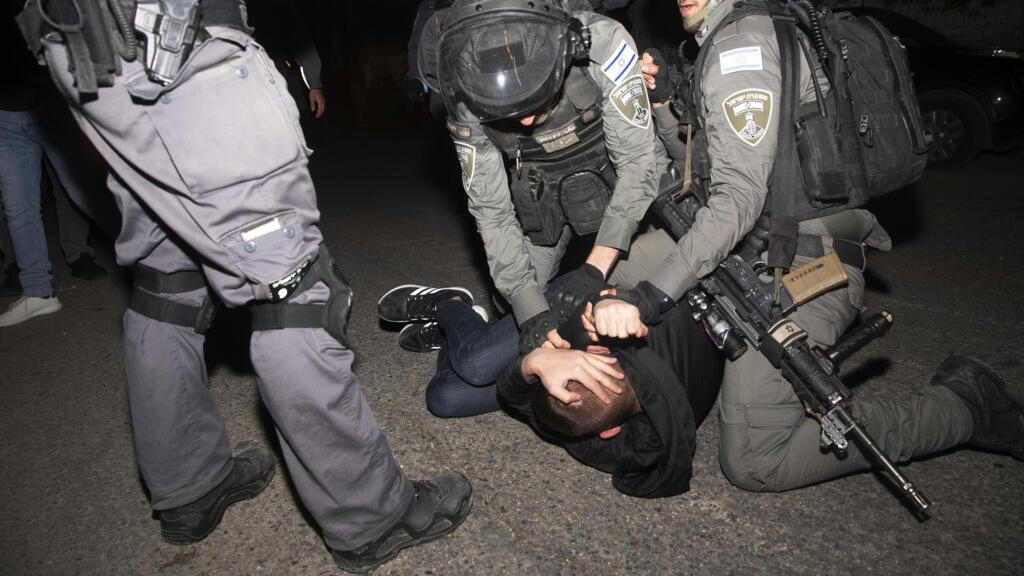 Israeli police and Palestinians clashed for a second night Thursday in annexed east Jerusalem, amid a controversial land rights case over the fate of Palestinian families threatened with eviction.

The legal case centres on the homes of four Palestinian families on land claimed by Jews, with violence flaring ahead of a Supreme Court hearing on the issue due on Monday.

The clashes are the latest unrest to rock the Sheikh Jarrah neighbourhood near Jerusalem‘s walled Old City, where land disputes between Palestinians and Jewish settlers have fuelled hostility for years.

Israeli police said Thursday they had arrested seven people for “assault”, and deemed the situation “under control”, after Palestinian protesters were reported to have hurled projectiles at a tent set up in front of a house of Jewish settlers.

The protester also traded insults with far-right Israeli lawmaker Itamar Ben-Gvir who made an appearance in Sheikh Jarrah where he was heard repeating in Hebrew “this house is ours”.

“This land is Palestinian land… and we, the inhabitants of the neighbourhood, we cannot accept that this land is theirs, this land is ours,” said 77-year-old Nabeel al-Kurd, one of those facing eviction.

Earlier this year, a Jerusalem district court ruled the homes legally belonged to the Jewish families, citing purchases decades ago.

The Jewish plaintiffs claimed their families lost the land during the war that accompanied Israel’s creation in 1948, a conflict that also saw hundreds of thousands of Palestinians displaced from their homes.

The Palestinian families implicated in the case have provided evidence that their homes were acquired from Jordanian authorities, who controlled east Jerusalem from 1948 to 1967.

Amman has intervened in the case, providing documents to support the Palestinian claims.

Israel seized east Jerusalem in 1967 and later annexed it, in a move not recognised by most of the international community.

The district court ruling infuriated Palestinians in Sheikh Jarrah, who viewed it as a further step in what they see as a Jewish settler effort to drive Arabs out of east Jerusalem.

Israel’s Supreme Court had called on the sides to seek a compromise, but when that failed it announced it would hold a new hearing on Monday, during which it is expected to rule on whether the Palestinians can appeal the district court decision.

An appeal process could take years.

The United Nations expressed concern after weeks of clashes, that have seen police use “skunk” water cannons spraying foul-smelling water and deploy anti-riot officers on horseback, have resulted in several arrests.

UN Middle East envoy Tor Wennesland warned that developments “related to the eviction of Palestine refugee families in Sheikh Jarrah and other neighbourhoods in occupied east Jerusalem” was “very worrying”, he said in a statement.

“I urge Israel to cease demolitions and evictions, in line with its obligations under international humanitarian law,” he added.

Sami Irshid, a lawyer for the Palestinians, said the Nahalat Shimon settler movement proposed that one member of each concerned Palestinian family be recognised as a “protected tenant”.

That would temporarily delay eviction until the protected tenant died, at which point the home would return to Nahalat Shimon, Irshid said.

“We reject this completely,” Mona al-Kurd, one of the Palestinian residents told AFP. “The settlers want us to recognise their property rights, it is impossible”.

Yehonatan Yosef, an activist with Nahalat Shimon, accused the Palestinian families of rejecting “any compromise”.

“It’s their problem,” he said, noting that if the Supreme Court ruled in the settlers’ favour, the Jewish families would do what they wished with each plot.

The Palestinians claim east Jerusalem as their future capital, while Israel regards the entire city as its “undivided capital”.

Palestinian foreign minister Riyad al-Maliki sent a letter to the International Criminal Court urging it “to take a clear and public stand against crimes perpetrated by Israel against the Palestinian people in Sheikh Jarrah neighbourhood”.

Mohammed Deif, the reclusive leader of the military wing of Palestinian Islamist group Hamas, issued a rare public warning on Tuesday, saying Israel would pay a “high price” over the Sheikh Jarrah dispute.