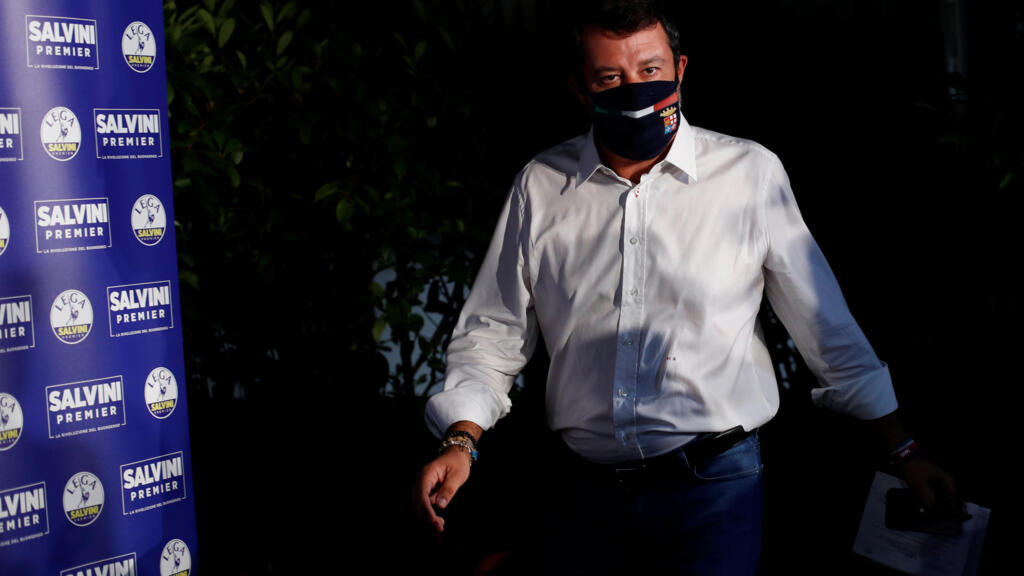 Italy’s rightwing opposition leader Matteo Salvini failed to make the breakthroughs he had hoped for in regional elections, voting results showed on Monday, in a boost to the fragile coalition government.

As the count proceeded, the centre-left Democratic Party (PD) looked sure to hold on to three regions it already rules, while the right made just one gain and stayed in charge of two other regions.

Crucially, the PD was heading for a comfortable hold in Tuscany, which the left has ruled without interruption since regional councils were first elected in 1970.

Earlier this month, League leader Salvini had said he was aiming for a clean sweep.

Italian sovereign debt spreads narrowed on the early vote count, with investors hoping the results of the Sept. 20-21 ballot would bolster stability at a time when the government is battling the economic slump triggered by the coronavirus.

Culture Minister and prominent PD official Dario Franceschini said the result bolstered the party and its leader Nicola Zingaretti. “Now that he and the PD are stronger, the government can press ahead,” he said in a tweet.

There are growing signs Salvini is losing some of his appeal to Italians. The League remains the country’s most popular party but has declined steadily in opinion polls over the last year, along with Salvini’s personal approval ratings.

Most attention was fixed on Tuscany, where Salvini campaigned tirelessly in recent weeks – as he had in January when he tried and failed to win another left-wing stronghold, Emilia-Romagna.

A partial vote count gave the PD candidate a comfortable lead of 6.4 points over his League challenger.

Until the Emilia-Romagna setback, Salvini had led his conservative allies to eight straight regional victories since the last national ballot in March 2018.

In a national referendum held alongside the local elections, Italians voted strongly in favour of cutting the number of lawmakers in the upper and lower houses of parliament to 600 from 945.

Some 70% of voters backed the measure – a clear victory for the co-ruling Five-Star Movement, which has championed the reform, arguing that it would reduce costs and improve parliamentary efficiency.

“This is an historic result. We can go back to having a normal parliament, with fewer privileges and 345 fewer seats,” said Foreign Minister Luigi Di Maio, a top Five-Star official.

In the regional ballot, the right easily kept control of the northern regions of Veneto and Liguria, while the PD retained Campania in the south.

The right took Marche from the PD, but the centre-left incumbent looked certain to win Puglia, the heel of Italy, defying recent polls that suggested he would lose.

In another potentially worrying sign for Salvini, the League’s incumbent president of Veneto, Luca Zaia, seen as a possible future challenger to his party chief, won with a crushing 75% of the vote.