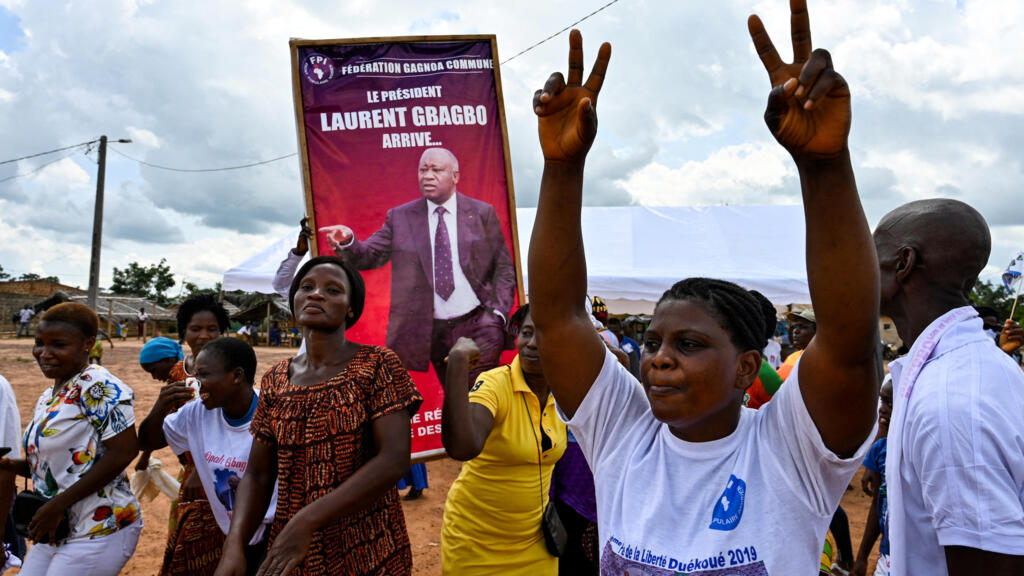 Ivory Coast is preparing for the return of former President Laurent Gbagbo on Thursday, a move that his supporters and the government hope will help easetensions that have hung over the country since his arrest a decade ago.

Supporters have been buying party memorabilia such as scarves, pouches and garments bearing Gbagbo‘s image in the Yopougon district of Abidjan, considered his political stronghold, since his return was confirmed on May 31.

The government of President Alassane Ouattara, which initially objected to Gbago’s party announcing his return date without official approval, has accepted the plan as part of ongoing efforts to smooth tensions.

Gbago is to arrive on Thursday on a commercial flight from Brussels.

“His presence will reconcile Ivorians. He is coming to give Ivory Coast the peace that the country has lacked,” Guy Besson, national secretary for Gbagbo’s Ivorian Popular Front party, told Reuters.

Gbagbo served as president of the world’s top cocoa-growing nation from 2000 until he was arrested after his refusal to concede electoral defeat to Ouattara in 2010, leading to a civil war that killed 3,000 people.

He was extradited in 2011 to the International Criminal Court (ICC) at The Hague where he faced charges of crimes against humanity related to the post-election conflict.

Gbagbo denied the charges, and his supporters have long claimed that the charges were designed to remove the populist leader from the political scene.

Although the country found relative stability that helped fuel steady economic growth, bitterness remained among Gbagbo’s supporters, and it bubbled to the surface in the November 2020 presidential election when at least 85 were killed in clashes.

Ouattara, whose decision to seek a third term sparked some of the violence in 2020, has made overtures to reconcile the country after his election victory, including allowing Gbagbo to return.

“I want to say that President Laurent Gbagbo will arrive in Ivory Coast in a spirit of reconciliation and peace,” Gbagbo’s spokesperson Justin Kone Katinan told a news conference in Abidjan on Monday. “He wants to play a major role in this reconciliation.”

Gbagbo, 76, was acquitted by the ICC in 2019, and in March, the court upheld the acquittal. An order confining him to Belgium was dropped.

There were concerns however that his return could be complicated by an Ivorian court’s outstanding 20-year sentence of him in absentia in November 2019 on charges he misappropriated funds from the regional central bank.

Ouattara said in April that Gbagbo was free to return, but the government has not said whether he has been pardoned.

Katinan said a political solution would be found to the conviction during the reconciliation discussions and Gbagbo had not made it a prerequisite for his return.

“By fixing June 17 date, we have confidence in our partner (the government), to find the political formula to manage this affair. Whether now or after, we trust, and it is on the basis of this confidence that we fixed the date,” he said.