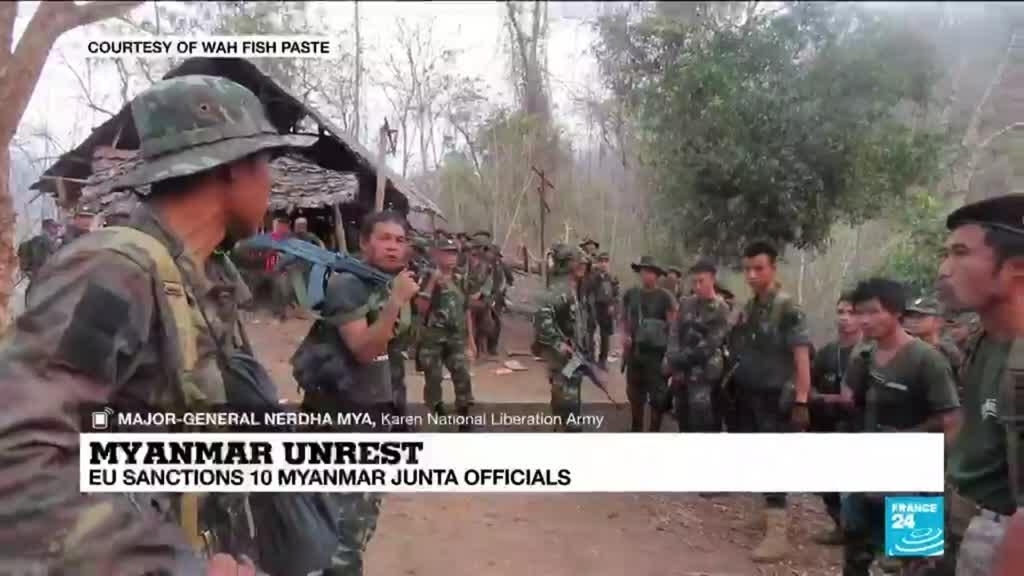 Unrest continues in Myanmar where more than 700 civilians have been killed since the February 1st military coup that ousted Aung San Suu Kyi. The protest movement is developing on the political front with opponents of the military junta announcing the formation on Friday of a National Unity Government, including members of Suu Kyi’s ousted Cabinet and representatives of ethnic minority groups and other allies.

The Karen National Union in the east, on the border with Thailand, has offered shelter to fleeing protesters in the territory it controls.

Major-General Nerdah Mya, head of the Karen National Defence Organisation, spoke to FRANCE 24 about the developments in Myanmar. A leader of the Karen National Liberation Army, the oldest guerilla group still fighting in Myanmar, he described the situation in the country as “very critical” and called on the international community to act immediately to end the killing. He stressed that the people of Myanmar are not giving up the fight and discussed efforts to coordinate with other ethnic groups and democratic forces to bring an end to the military regime.

“We have been fighting for self-determination and freedom and an autonomous state for people for so many years. It has been more than 17 years already. And we are also working together with other ethnic groups who have the same goals and objectives like us,” the major-general told FRANCE 24. “We are holding hands and fighting against the current military regime,” he says. “They are so brutal. They have no heart for humanity.”

To watch the interview, click on the player above.