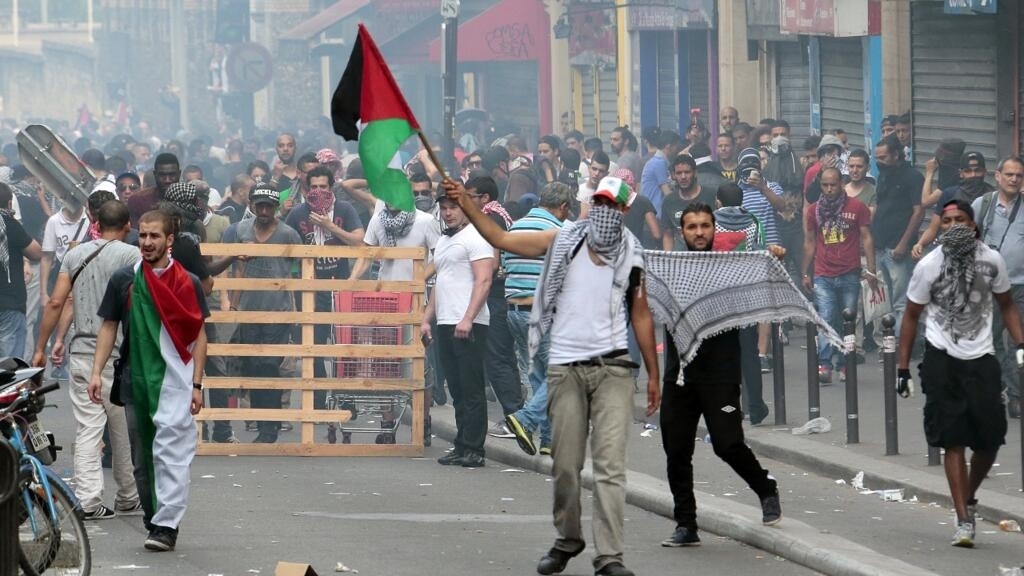 The Paris police prefecture on Thursday issued an order banning a Palestinian solidarity demonstration planned for Saturday in the French capital as weekend pro-Palestinian rallies were being planned across the world following Israel’s latest deadly offensive on the Gaza Strip.

Earlier on Thursday, French Interior Minister Gérald Darmanin had asked the police to ban a pro-Palestinian protest in Paris this weekend over the conflict with Israel, fearing a repeat of clashes during a similar situation in 2014.

Activists had called the protest in the Barbès district of northern Paris to demonstrate against Israel’s use of force in the Gaza Strip in response to the rocket fire by militant group Hamas at the Jewish state.

“I have asked the Paris police chief to ban the protests on Saturday linked to the recent tensions in the Middle East,” Darmanin wrote on Twitter.

“Serious disturbances to public order were seen in 2014,” he added, urging police chiefs elsewhere in France to remain vigilant over demonstrations.


Several peaceful Palestinian solidarity demonstrations took place in France in the summer of July 2014 to denounce an Israeli offensive on the Gaza Strip.

On July 19, 2014 though, several thousand protesters defied a ban on a demonstration at Barbès and the rally rapidly degenerated into violent clashes that lasted for hours.

On Wednesday, Paris police detained the head of French Palestinian rights advocacy group Association France Palestine Solidarité (AFPS) near the foreign ministry building for several hours before he was released.

Bertrand Heilbronn was arrested after he met with a French foreign ministry advisor as part of a delegation including members of parliament and representatives of trade unions and organisations, said the AFPS in a statement.


A demonstration outside the foreign ministry was scheduled for 4pm local time, but the decision to ban it was only announced at 1pm while many participants were already on their way to the site, said AFPS.

The detention of the veteran 71-year-old activist sparked outrage from several activists and political figures on the left, including Jean-Luc Mélenchon, the leader of La France insoumise (France Unbowed).

Last year, the European Court of Human Rights (ECHR) overturned a conviction by France’s highest court, the Court of Cassation, which criminalised peaceful protests by the Boycott, Divestment and Sanctions (BDS) movement.

The ECHR found that the freedom of expression of 11 BDS supporters was violated by the October 2015 ruling in Paris.