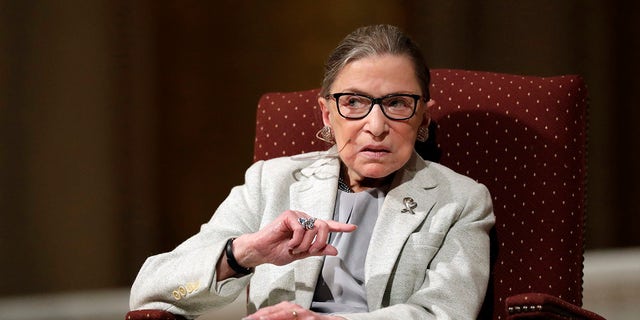 Gen. Mark Milley, Chairman of the Joint Chiefs of Staff, mourned the death of Supreme Court Justice Ruth Bader Ginsburg as “a great loss for the country” following the announcement of her death on Friday.

“‘Equal Justice Under the Law,'” Milley said in a statement. “The death of Justice Ginsburg is a great loss for the country. Our condolences to her children and the scores of people she taught and inspired. She was an exceptional legal scholar, a selfless public servant and a role model.”

Ginsburg died Friday at the age of 87 from complications surrounding metastatic pancreatic cancer.

The late Supreme Court justice, who spent more than two decades on the bench in the highest court of the land, is survived by her two children, Jane Carol and James Steven Ginsburg.

Ginsburg, who was appointed to the Supreme Court in 1993 by President Bill Clinton, was known for her soft-spoken demeanor that masked an analytical mind, a deep concern for the rights of every American and a commitment to upholding the Constitution.

President Trump on Friday called Ginsburg “an amazing woman who led an amazing life” and said he was “sad” to learn of her passing, but didn’t say anything about plans for nominating a replacement.

Milley, who was Army Chief of Staff when President Trump picked him for his current post, has been head of the Joint Chiefs since 2019.