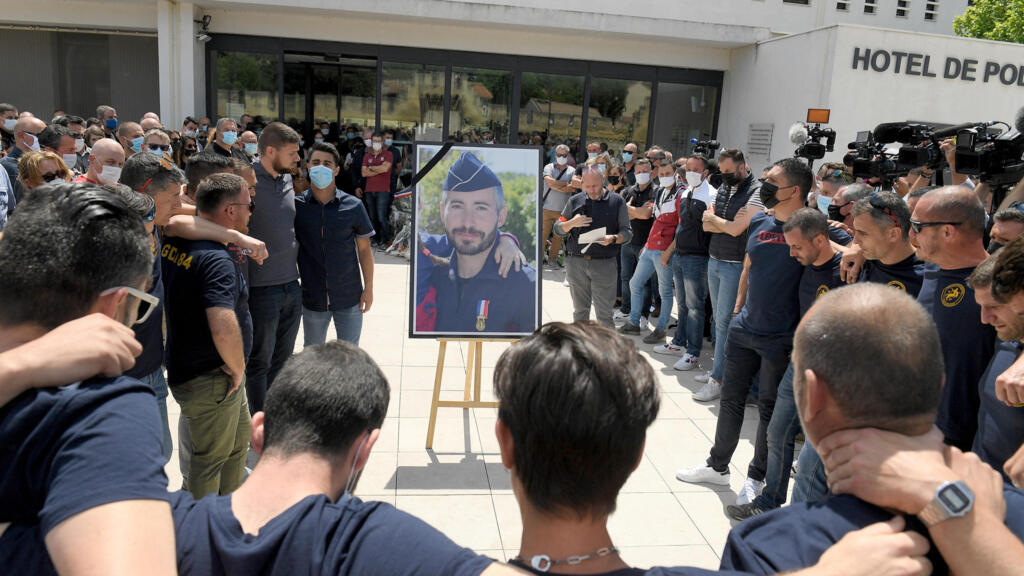 Two suspects in the fatal shooting of a police officer last week in southern France were arrested Sunday around 20 kilometres (12 miles) from the city, a source close to the case said.

The pair are suspected of being the shooter and an accomplice in the killing of Eric Masson in Avignon, said the source.

Masson, 36, a father-of-two, was shot and killed Wednesday while investigating activity at a known drug-dealing site in the city.

Sunday’s arrests came a few hours after several hundred people attended a ceremony in honour of the fallen officer at Avignon’s police commissariat.

Prime Minister Jean Castex and Interior Minister Gérald Darmanin are due to attend a homage to Masson in the city on Tuesday.

The officer’s death has caused deep shock in Avignon, a city better known for its summer theatre festival than for violent crime, and reignited a debate over President Emmanuel Macron‘s record on fighting crime.

Polls show that violent crime is a top concern of voters ahead of next year’s presidential election, in which Macron is expected to seek a second term.

An Elabe poll last month found that 65 percent of voters were unhappy with the president’s record on maintaining law and order.