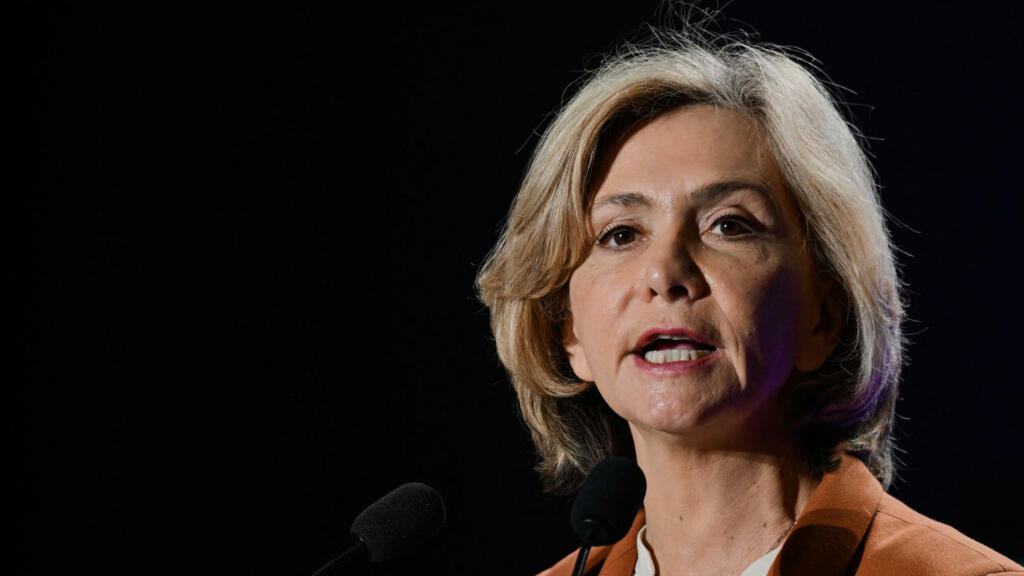 On more than one occasion, Valérie Pécresse, the presidential candidate for the conservative Les Républicains (LR) party, has confidently declared she will become “France’s first female president”. While she personally describes herself as “one-third Thatcher and two-thirds Merkel”, her entourage likens her to a “bulldozer” or a “a dog with a bone” who is about to give incumbent President Emmanuel Macron a good run for his money in the upcoming elections.

Pécresse shocked bookmakers in December by taking home the right-wing primary – knocking out favourites such as EU Brexit negotiator Michel Barnier along the way. But aside from being the first woman to represent LR in the elections, the 54-year-old has, in many ways, always been preparing to run for the Élysée Palace: She has spent the past 20 years in France’s top political echelon, working closely alongside former presidents Jacques Chirac and Nicolas Sarkozy, who both served as her mentors.

Pécresse grew up in a family of Gaullist intellectuals in the affluent western Paris suburb of Neuilly-sur-Seine as the daughter of economics professor Dominique Roux, who would later become the president of French logistics conglomerate Bolloré, and granddaughter of famed psychiatrist and Resistance fighter Louis Bretagna, who for many years treated Chirac’s daughter for anorexia.

Pécresse attended private school and excelled in her studies at an early age, learning Russian while at a summer camp in then-Soviet Yalta and skipping several grades to earn her baccalauréat with top marks at the age of 16. She then learned Japanese and went on to study business at the (prestigious but now defunct) École Nationale d’Administration (ENA) – a school with a tight-knit network that has churned out many a French president, from Chirac and Hollande to Macron.

After a few years of teaching at Paris’s political science university Sciences Po, Pécresse turned to professional politics by becoming a government adviser in the late 1990s. This is where she first earned her nickname “the Bulldozer”, with former prime minister Jean-Pierre Raffarin saying of her, “It moves slowly, but it is very resistant.”

In the early 2000s Pécresse was elected a conservative MP and then regional councillor. She later served as a spokeswoman and cabinet minister – for budget and higher education – under Sarkozy’s 2007-2012 presidency, making her a household name.

In 2012 and 2013 she became a prominent opponent of Hollande’s plan to legalise same-sex marriage and even proposed “unmarrying” homosexual couples if it were ever written into law. Since the 2013 passage of the “Marriage pour tous” (Marriage for all) law she has distanced herself from those remarks and has clarified that gay marriage is a legal right that she does not plan to challenge.

Since 2015 she has been regional president of the greater Paris area of Île-de-France, where she has demonstrated a technocratic, pro-business and pro-Europe leadership style. Following Britain’s 2016 Brexit vote, she actively became a core part of an initiative to lure business to Paris from London by rolling out the “red, white and blue carpet” to UK bankers.

In 2019, Pécresse left LR in protest over what she felt was the party’s increasingly far-right tendencies, focusing instead on her own political movement Libres! (“Free!”), which she had founded two years earlier. After announcing her presidential bid in July 2021, she rejoined Les Républicains last October.

After winning the party’s nomination, Pécresse announced that France’s traditional conservatives were back and vowed to restore France’s “unity, dignity and pride”.

Pécresse is competing with Macron to win over France’s centre-right voters, campaigning under the banner of a “can-do” mentality when it comes to security and immigration – issues she accuses the 44-year-old president of having been too soft on. In the run-up to the elections, she has repeatedly underscored her ability not only to lead, but to actually get things done.

In the beginning of January, she declared she was going to bring out the power hose (known by the brand name “Karcher” in French) to “clean up these neighbourhoods that have become areas without laws and, sometimes, without France”. The declaration echoed a controversial expression made famous in 2005 by Sarkozy, when he was interior minister.

Female, but no feminist

Her campaign director, Patrick Stefanini, has said that Pécresse possesses a “spirit of steel” that should not be underestimated, describing her as “a dog with a bone who won’t let go”.

Although she is the first woman to represent France’s conservative party in presidential elections – and in 2007 penned a biography titled, “Être une femme politique, c’est pas si facile” (“Being a female politician isn’t so easy”) – she denies being a “feminist”.

In 2010, she jokingly told French magazine Paris Match that her husband was “the bigger feminist out of the two of us”, crediting him with taking care of the family to allow her to pursue her political ambitions. Her non-feminist stance also became evident when Pécresse recently presented the all-male, all-White team leading her presidential campaign.


Among them are several controversial figures, including Éric Ciotti, her populist hardline rival in the LR primary finals, who created an uproar in 2017 for publicly refusing to back Macron as he faced off against far-right leader Marine Le Pen.

Since 1994, Pécresse has been married to Jérôme, an engineer-turned-businessman, with whom she has three children – Emilie, Clément and Baptiste  – between 18 and 25 years of age. The family lives in the Yvelines department just west of Paris.