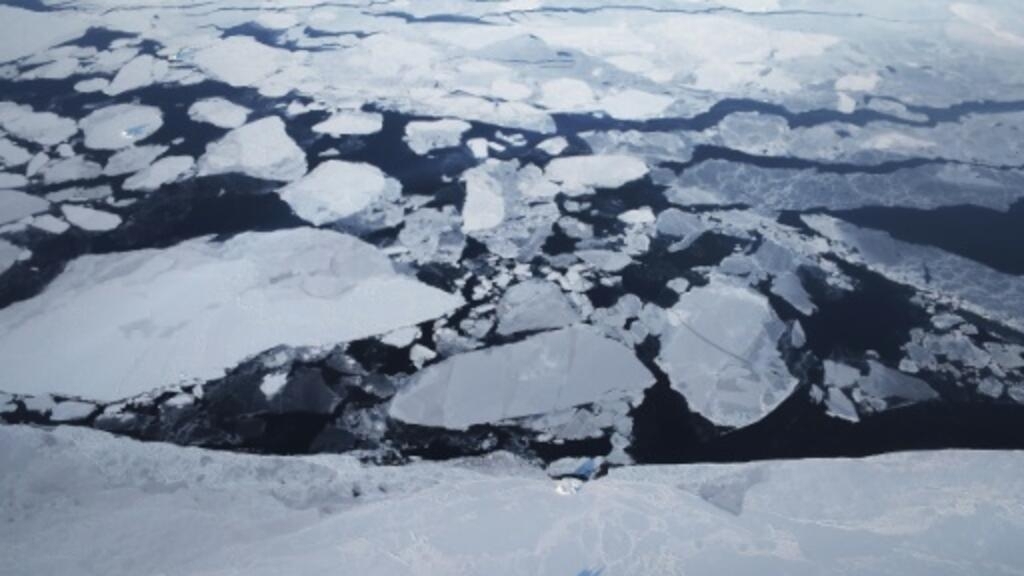 Arctic summer sea ice melted in 2020 to the second smallest size since records began 42 years ago, US scientists announced Monday, offering further stark evidence of the impact of global warming.

Arctic sea ice melts in summer and reforms in winter, but precise satellite imagery taken regularly since 1979 documented how the cycle has been shrinking significantly.

The year’s minimum was reached on September 15, at 3.74 million square kilometers (1.44 million square miles), according to preliminary date from scientists at the National Snow and Ice Data Center (NSIDC) at the University of Colorado Boulder.

“It’s been a crazy year up north, with sea ice at a near-record low… heat waves in Siberia, and massive forest fires,” said Mark Serreze, director of NSIDC.

“The year 2020 will stand as an exclamation point on the downward trend in Arctic sea ice extent. We are headed towards a seasonally ice-free Arctic Ocean, and this year is another nail in the coffin.”

Unlike melting glaciers on land, melting sea ice does not directly contribute to rising sea levels as the ice is already on the water, but less ice means less solar radiation is reflected and more is absorbed by the oceans.

“When the sea ice disappears, the incident sunlight gets absorbed in the ocean, helping to further warm the Earth,” Claire Parkinson, climate scientist at NASA, told AFP.

She added that the weak ice coverage this year is “in line with the overall downward trend of the past four decades”.

The evidence of shrinking ice coverage — in both thickness and area — in the Arctic and Antarctic is stacking up, though pace varies from one region to another.

Antarctic ice melted quickly for three years in a row until 2017, but more recently it has bounced back without a clear explanation.

In the Arctic the reduction has been on a more pronounced downward trend since 1996 in comparison to the previous period, said Parkinson, though there is some variation from year to year.

“The rapid disappearance of sea ice is a sobering indicator of how closely our planet is circling the drain,” Greenpeace Nordic Oceans campaigner Laura Meller said in a statement.

“Over the past decades we have lost two-thirds of the volume of the Arctic sea ice, and as the Arctic melts the ocean will absorb more heat and all of us will be more exposed to the devastating effects of climate breakdown,” she later told AFP from a ship on the edge of the sea ice.

“What we are seeing here in the Arctic is really the opening up of a new ocean on top of the world, which means that we need to be protecting the area.”

But emissions have continued to rise since then, and several analyses have warned that without a thoroughly re-tooled global economy prioritizing green growth, the pollutions savings due to Covid-19 will have an insignificant mitigating impact on climate change.