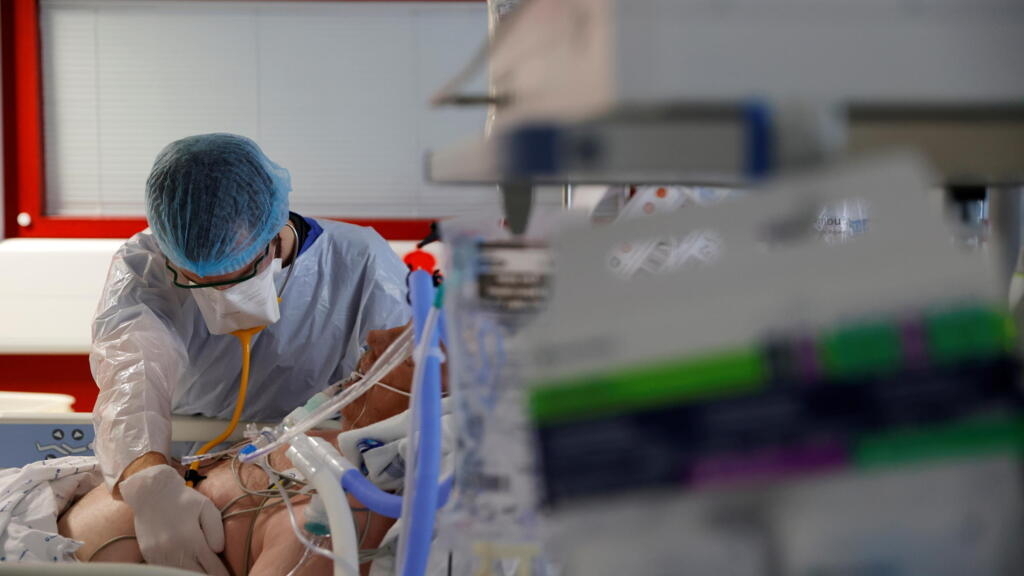 France set a grim record on Sunday after reporting more than 52,000 new coronavirus cases, raising concerns that greater restrictions may be needed as the country struggles to contain the epidemic.

Despite the French government’s efforts to rein in the virus with targeted measures in local hotspots – such as bar closures and curfews – the rate of infections has continued to climb nationwide.

After passing the 1 million mark last week, France has now overtaken neighbouring Spain as the country with the highest number of confirmed cases in Europe, according to data released by the European Centre for Disease Prevention and Control (ECDC) on Sunday.

The figures suggest that the outbreak may be worse than previously known, while experts have warned that the actual number of people infected in France could be up to two times higher than reported.

“We are in a very difficult situation, even critical. There are probably more than 50,000 cases per day. [We] estimate that there are probably around 100,000 cases per day,” Jean-François Delfraissy, president of the government’s Scientific Council (Conseil scientifique), told RTL radio on Monday. “Between diagnosed cases, undiagnosed cases and asymptomatic cases, we’re around this figure. We’re dealing with a virus that spreads extremely quickly.”

‘We have to return to lockdown’

With intensive care units (ICU) rapidly filling up and health workers already feeling the strain of a second wave, the surge in infections has raised questions over whether France can learn to “live with the virus” — as President Emmanuel Macron has recently suggested — or whether tougher measures are needed.

In the Paris region, 67 percent of ICU beds are currently occupied by Covid-19 patients, according to the Regional Health Agency (Agence régionale de santé).

“We lost control of the epidemic a few weeks ago,” Dr. Eric Caumes, head of the infectious diseases department at the Pitié-Salpêtrière hospital in the capital, told France Info radio on Monday. “The virus is so present among us that I think we no longer have a choice, we have to return to lockdown…. We have to [do it] to set things right, to halt the saturation of our health services. The longer we wait to make good decisions, the longer they will take to work.”

Caumes is part of a growing chorus of voices that see no alternative to a lockdown — whether partial or otherwise — if the country hopes to regain control over the virus’s spread. On Sunday, Jean Rottner, president of the Great East (Grand Est) region, also evoked the possibility.

“I am certain that we are heading towards a lockdown,” the politician and former emergency room doctor posted on Twitter.

Delfraissy echoed Caumes and Rottner’s comments on Monday, urging the government to either expand current restrictions to a nationwide curfew with stricter hours, or impose a second lockdown.

“[The second option] is to head directly into a lockdown, less harsh than the one in March, which would allow for work, obviously at a distance, and continued academic activity, as well as the preservation of a certain number of economic activities. It might be for a shorter duration and would be followed by specific measures, since we could end it with a curfew,” he said.

Earlier this month, Ireland became the first European country to re-enter lockdown amid a surge in coronavirus cases. Since then, a number of other countries, including the Netherlands and Wales, have imposed similar restrictions.

Yet France has held out hope that it will be able to avoid such drastic measures. With the economy already deep in recession from the first wave of the epidemic, the government has made clear that a return to lockdown is not currently on the table.

“We want to avoid a general lockdown. In any case, we want to find a good balance between the French public’s health and the pursuit of economic, educational and cultural activity,” the country’s employment minister, Elizabeth Borne, told LCI radio on Monday.