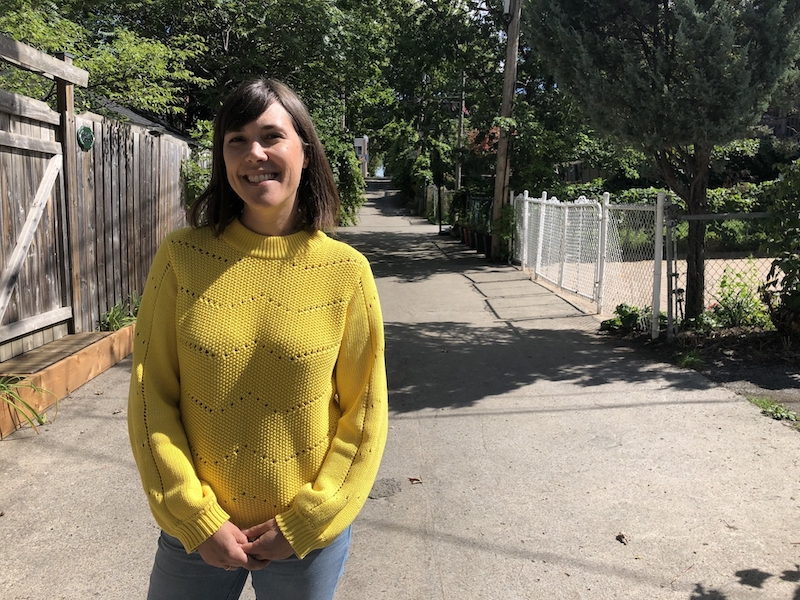 MONTREAL, Sept 21 — Hundreds of back alleys in Montreal have been turned into community gardens and parks, creating safe meeting places for pandemic-weary city dwellers eager for fresh air and greenery after months of isolation at home.

“Being able to meet up in laneways to share what we’ve been going through, and laughing with friends and neighbors has been a wonderful outlet,” said Marie-Eve Beaud, 40, reflecting on a nationwide lockdown that started to be eased with the arrival of summer.

“We’ve all been under so much stress during these unsettling times,” the mother of two told AFP.

In the city’s Ahuntsic-Cartierville district, two greened alleys flank Saint-Hubert Street, a busy commercial artery in Canada’s second largest metropolis where the pandemic has killed 3,500 people out of a total of 9,200 deaths across the country.

Hedges and flowers grow here along the wooden palisades that mark the boundaries of homeowners’ back yards. Several planters also hang from posts.

The idea for greening the lanes was hatched several years ago, originally to reduce noisy and polluting car traffic in residential neighbourhoods.

But it has taken off during the pandemic.

“The pandemic served as a catalyst for people’s personal initiatives. They were at home and more available (due to the lockdown),” explained Jean-François Viens, 39.

“Maybe in a normal year, we wouldn’t have built so many things, we would have met fewer neighbours,” the city planner opined.

Adults and children now regularly come together in these lanes at the end of the day. Some play, skate on rollerblades or ride a scooter, others chat and share drinks.

“I think our children suffered less from isolation during the pandemic because they continued to see other children, to see adults, always at a distance of course. In the alley, distancing two metres (six feet) from each other is easy to do,” underscored Catherine Bouchard, 40.

For the teacher and mother of three, the greened alley behind her home has been effectively “a large bubble,” “a space of freedom” for children and adults alike, often working from home. “It felt good, it was a way to keep my sanity,” she explains.

“Having these alleys has become important especially in times of a pandemic when you don’t really know where to go because there are fewer options for going outside,” added local city councillor Emilie Thuillier.

It brings the outdoors closer to home in the densely populated island city, she said.

Montreal provides tens of thousands of dollars for each back lane greening project, which must be supported by at least half of nearby residents to be approved.

“We are really seeing an increase in this sort of community involvement. People feel a strong desire to change, improve the environment, and relish being able to change things in their surroundings for the better,” said environmental sociologist Rene Audet at the University of Quebec in Montreal.

The greening of alleys is an example of the “reappropriation of the living environment,” he said.

In the past decade, the number of greened alleys in Montreal has increased tenfold to 435. Greening paved lanes also reduces heat islands, retains rainwater and make more room for biodiversity.

“There are a lot of environmental benefits to having green alleys: They are not only decorative or an excellent living environment for the neighborhood,” said Louise Henault-Ethier of the David Suzuki Foundation.

“In times of crisis, people turn to the essentials. They need to be reassured, focusing on supporting their basic needs: that implies a return to the earth,” she said, adding that “vegetation has excellent calming capacities.” — AFP