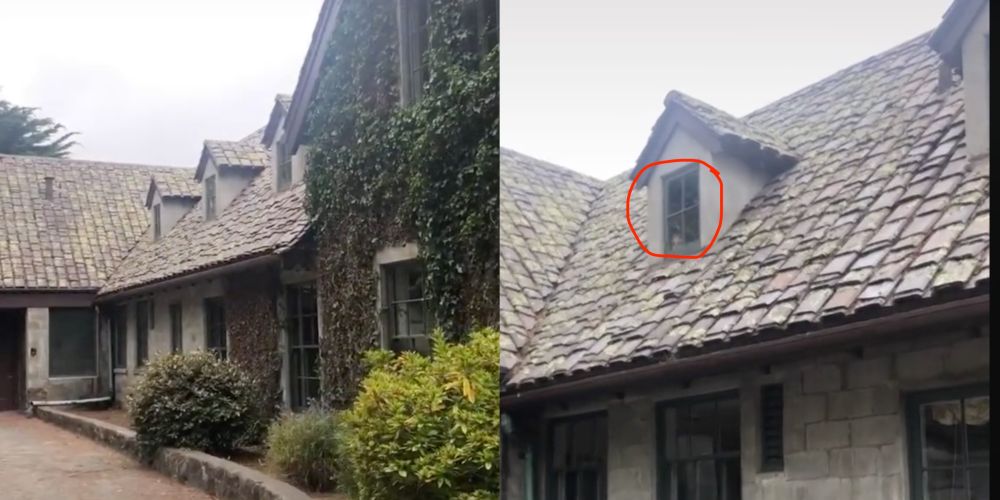 PETALING JAYA, Sept 18 — A TikTok creator couldn’t believe her eyes when she saw a face peering out of a window in an abandoned mansion her mother found during a hike.

User @rebabeba, known as Rebecca, shared a video of the house located in Carmel, New York on August 27.

“My mom sent me this video of a mansion she found on a hike and I just noticed a FACE in the window,” Rebecca wrote, along with the hashtag #haunted.

Rebecca’s mother was initially oblivious to the face in the window as she admired the exterior of the home and panned the camera across the surroundings.

“Look what I found. This is in Carmel. Someone told me it’s the Murphy house.

“It must’ve been gorgeous in its day. I can absolutely imagine walking around here in a fancy dress or something,” said Rebecca’s mum in the video.

The clip has amassed over 1.8 million views from social media users who were equally creeped out by Rebecca’s discovery.

“I’m definitely sleeping with the lights on tonight,” said one Twitter user after watching the video.

Others began bouncing theories off each other in the comments section about who the face belonged to.

“Maybe it’s a head of a doll to scare people from walking into this abandoned building,” wrote another Twitter user.

Some people also expressed concerns that the head belonged to a child who was being held captive in the house.

Rebecca then made a follow-up video to assure her followers that there was nothing to be worried about as she had climbed on top of the mansion’s roof to get a closer look at the face, which turned out to be a mannequin head.

“So I really hope no one did call the police because as you can see, it’s a mannequin head!” Rebecca said with a laugh.