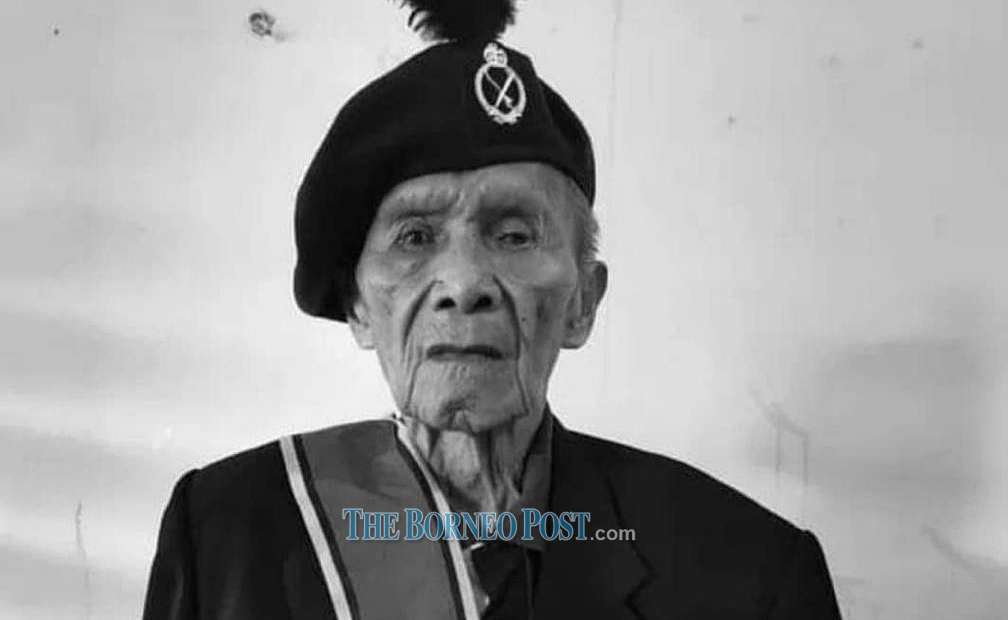 KUCHING, Sept 20 — The late Awang Raweng had brought great honour to the state and country by being the only Malaysian to be awarded the George Cross Medal, the British highest civil award for bravery, Sarawak Deputy Chief Minister Tan Sri James Jemut Masing said today.

He said every citizen regardless of race should appreciate the sacrifices made by Awang, an Iban tracker who fought bravely against the enemies in defending the country, who died last Friday.

“If he was a listed soldier in the British armed forces, he would have been awarded a Victoria Cross medal but he was only a jungle tracker,” he said when met at the Civic Centre here where the remains of Awang laid laid in state to allow the public to pay their respects.

Meanwhile, former Commander of the East Field Lt Gen (Rtd) Datuk Stephen Mundaw described Awang as a great jungle tracker hero who had sacrificed his life for the security of the country.

“His demise is a great loss to the country and state. He was a very humble person who had sacrificed a lot to the nation,” he added.

“He does not demand for anything but had done a great honour to the state and nation,” he said.