It has become a familiar scene on Chulia Street: Mamak Indian Muslim workers sweat behind face masks as they fill brown paper bags with rice and curry, feeding residents who would prefer not to – and indeed, until a month ago, could not – dine in restaurants.

Chinese uncles and aunties wait behind kerbside stalls for the next rider of a sputtering motorcycle, who will exchange a few ringgit for a plastic bag filled with hot soup and noodles. Behind them hang red Chinese altars covered in ritual ash next to rows of padlocked shophouses that, like closed eyes, seal George Town’s multicultural secrets behind metallic shutters.

Without visitors, George Town, the jewel in Malaysia’s tourism crown, has again become the sun-scorched colonial backwater it was before its inscription on the 2008 Unesco World Heritage list. Lockdowns of varying strictness have proved difficult for many residents, who were expecting 8.3 million tourists in 2020 before the Covid-19 pandemic thwarted hopes in Penang.

The island state was kept afloat for the best part of 2020, when infections across Malaysia barely surpassed 100 a day, by domestic tourists and a 75 million ringgit (US$18.4 million) relief package funded by the Penang state government that supported trishaw riders, taxi and e-hailing service drivers, and other low-paid workers. 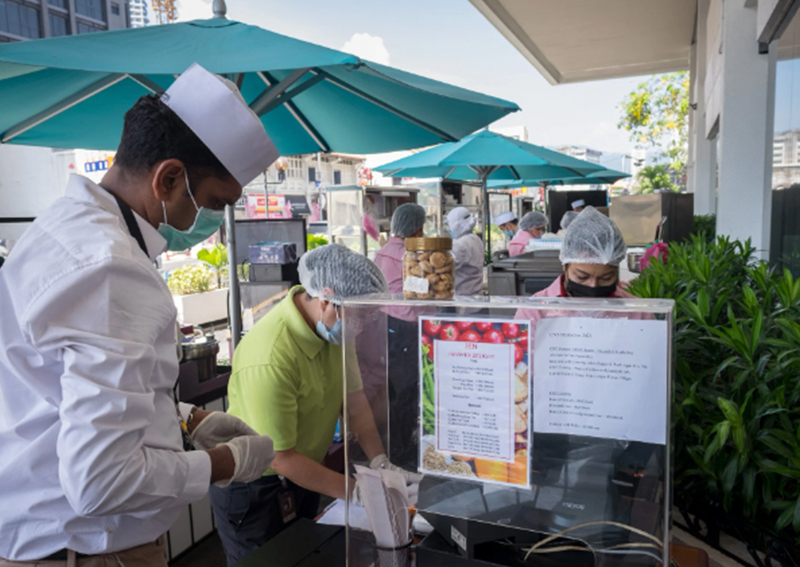 But, partly because of those complacent domestic tourists, by early January the number of Covid-19 infections had increased tenfold nationwide, with more than 3,000 new cases registered daily.

February 10 saw an easing of restrictions – restaurants were allowed to accept two customers per table and people were again permitted to venture farther than 10km from their homes, albeit in face masks – and on Friday the MCO was replaced by a Recovery Movement Control Order. Meanwhile, coronavirus vaccinations in Malaysia have begun, but the prospects for tourism-related businesses in George Town remain grim.

Nevertheless, plans are being laid.

“Tourism and services contribute 49 per cent of Penang’s gross domestic product,” says Raj Kumar, chairman of the local branch of the Malaysian Association of Hotels. “To properly recover, our immediate priority is to organise campaigns to attract and rebuild confidence in tourists.”

Until those tourists start to return, though, merely staying in business be a tough proposition for many operators.

“Business is almost nil but our overheads, such as manning, remain the same,” says Michael Hanratty, the general manager of G Hotel, a five-star property on Penang’s sea-facing promenade, Gurney Drive. “We had to find ways to ensure that we keep all of our people, and find new ways to make money.

“We started implementing a variety of takeaway meals throughout the year and even customised menus to fit each occasion, such as [Hari] Raya, Christmas and Lunar New Year.

“As for accommodation, we have implemented a flexible cancellation policy and offered affordable room rates with attractive inclusions for our domestic travellers, where we reassure guests by obtaining safety certifications, such as from Bureau Veritas and the Clean & Safe Badge from Motac [Malaysia’s Ministry of Tourism, Arts and Culture].”

Some five-star hotels, such as the Jen, in George Town, and Rasa Sayang and Golden Sands, on the northern resort coast of Batu Ferringhi, have been sending their top chefs down to the kerbside to dish up high-end versions of Penang’s popular hawker food.

Other upmarket hotels, such as the Holiday Inn and the famous Equatorial, have shut for good. The heritage-inspired boutique property Penaga has been “temporarily closed” for more than a year.

Yeoh Soon Hin, the Penang state executive councillor for tourism and creative economy, says the production of high-quality restaurant fare for affordable takeaway meals is the kind of creativity that is necessary to keep George Town’s tourism industry afloat in the absence of international tourists. 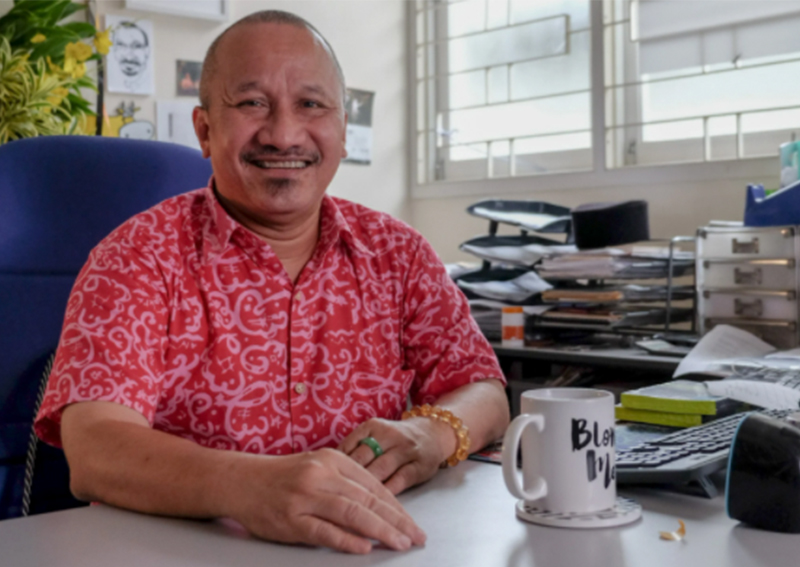 When the pandemic is under better control in Malaysia, Penang will have to focus on responsible domestic tourism “because international borders do not seem to be reopening any time soon”, says Yeoh.

The arts, Penang’s other main drawcard, have also fallen victim to the dearth of visitors. The famous murals that Lithuanian artist Ernest Zacharevic etched as part of the 2013 George Town Festival are now fading on the walls, gazed upon by few.

“Murals have always been my main source of income and, of course, when it wasn’t possible to leave home back in March [2020], the situation affected my finances,” says local artist Bibichun. “I then put all my time into studio work, which however has a limited market in Penang.”

Optimists believe Penang has been given an opportunity to reflect on its assets: street art has helped draw millions of snap-happy visitors and their money, but, driven by commercialisation and controlled by the government, it has also bred an interdependence between tourism and gentrification that stifles local creativity.

I met Bibichun in late January, as he was putting the final touches to a wall painting in Air Hitam, the township below the Kek Lok Si Buddhist temple. His portrait of a susu tarik (“pulled milk”) seller was part of a new government-backed project to spruce up Air Hitam in preparation for the return of domestic tourists.

The painting of yet more murals may not be the most original of ideas, but it is keeping Bibichun busy.

“The issue now is the distribution and timing of the projects, because the pandemic is obviously slowing everything down,” says the artist. 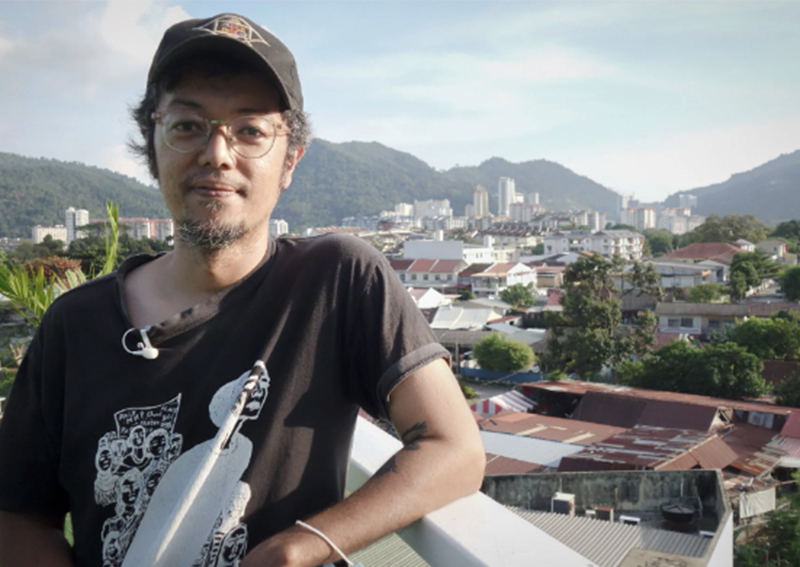 Timing will also be a factor in the viability of the Penang International Dragon Boat Regatta (usually held in June), the George Town Literary Festival (November; although held online last year), the Butterworth Fringe Festival (December), and the other festivals that usually draw tourists in their thousands to the island state.

“It’s time to reimagine, relook, re-evaluate and rethink,” says Joe Sidek, the former director of the George Town Festival (held in August) who was recently appointed chairman of the Penang Arts Council. The latest lockdown hampered his work on three upcoming art festivals, two in Kuala Lumpur and one in Penang.

“I really believe in the power of people, so I started a collective, Creative Brands Penang, to help Penang artisans. And I am also planning O: PEN, a series of weekend art events to highlight Penang’s multifaceted local talent, which will probably have to start online.” 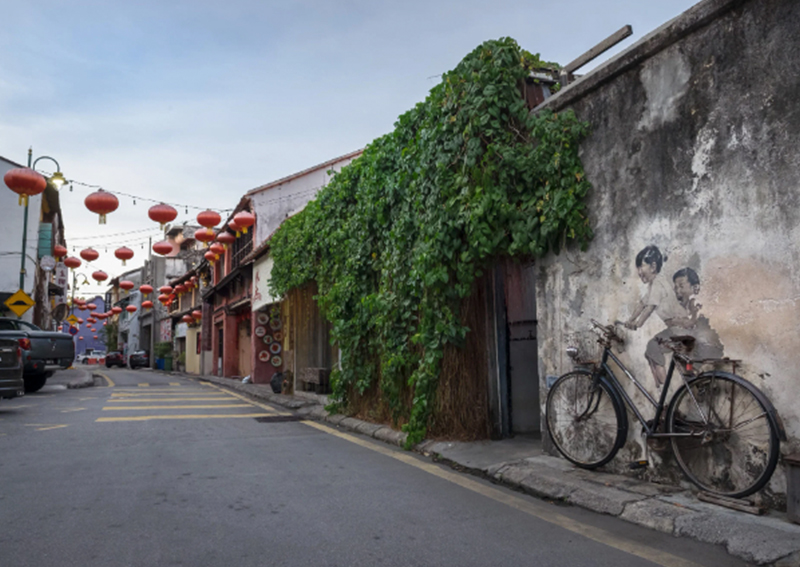 Uncertainty has also plagued Penang’s main cultural and performing arts venues, many of which, such as bookstore-cum-event space Hikayat, have been closed for extended periods.

Wanida Razali, manager of the Hin Bus Depot, an open-air space devoted to visual arts, murals and creative crafts, says: “I am glad that local artists proposed a full year worth of exhibits despite the disheartening situation, but we don’t know when and if we’ll be able to reopen this year.”

As the waiting game continues, some think the change in circumstances could have a silver lining.

“International tourism will pick up again, though it’s a wake-up call that the island is now struggling without foreign income,” says choreographer and dancer Aida Redza. Before the pandemic, Aida was working on Semangat , a mixed-media project dedicated to the cultural and symbolic importance of rice. 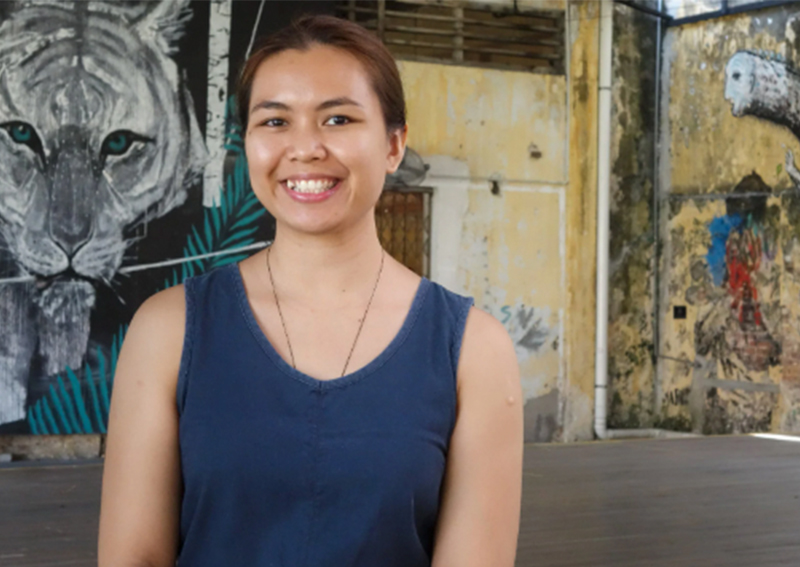 Because of restrictions and lockdowns, the paddy field she and her team planted as a living stage in Balik Pulau, in Penang’s southwest, went unused. The field is now ready for harvest, and will have to be replanted if the work is ever to be staged.

“This situation should be a lesson for the state government to realise that they need to give more support to independent and non-mainstream arts, local heritage, traditional culture – and nature. Maybe this will be the time to realise that that’s what Penang really needs to bring back quality tourism to George Town.”