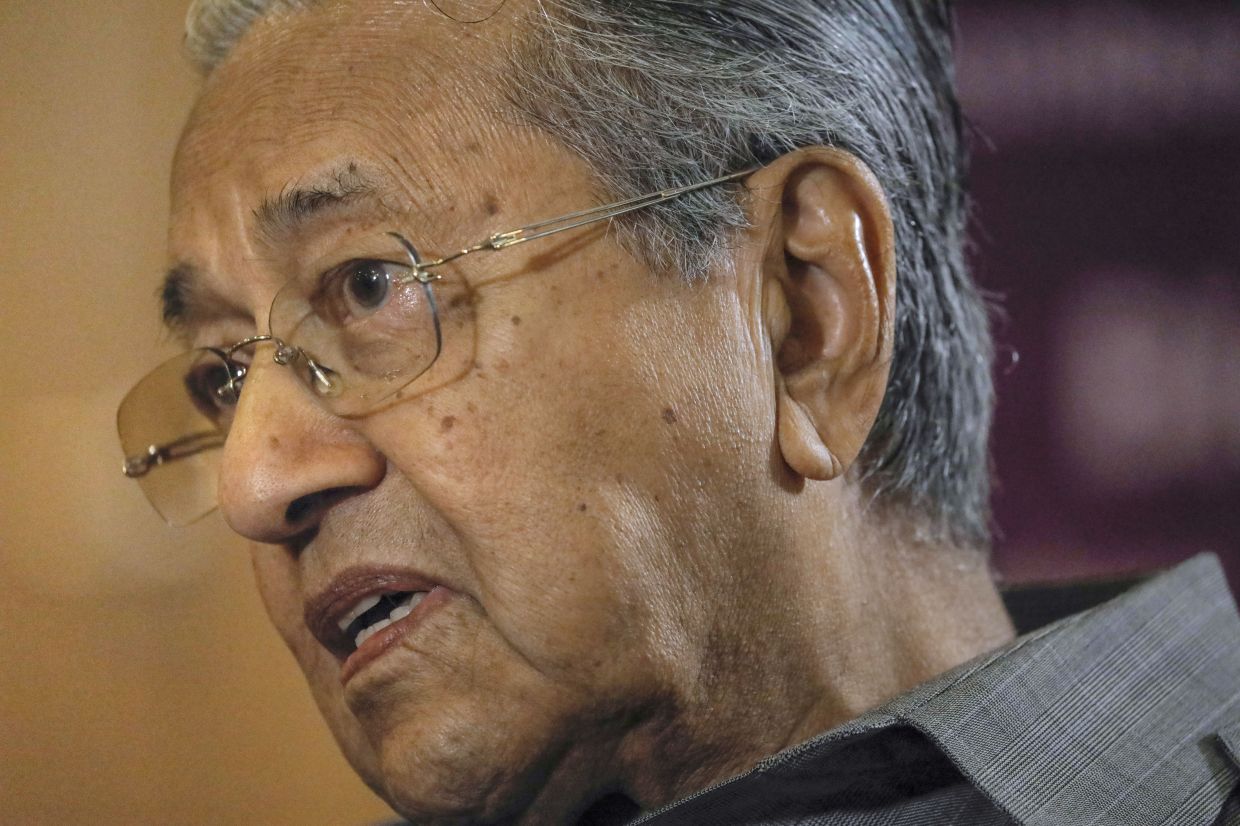 PETALING JAYA: Any opposition at the committee stage will not have any significant effect on the government or the proposed Budget, says Tun Dr Mahathir Mohamad (pic).

The former prime minister said this was just an effort to divert the attention of the people, who are disappointed with the Opposition.

He also said the Opposition had ‘recognised’ the Perikatan Nasional government by allowing Budget 2021 to be provisionally approved.

In a blog post on Friday (Nov 27), Dr Mahathir said when the Budget was approved without objection in the second reading at the Dewan Rakyat, it meant that the government had been recognised by the Opposition except for the 13 MPs who stood against it.

“During the 2021 Budget debate yesterday, we found that not only the government supported it but the majority of Opposition MPs also supported it,” he said.

Dr Mahathir said some party leaders came to see him a day before Budget 2021 was tabled to voice their opposition against it.

“But this did not occur. When asked to vote, only 13 Opposition members stood up, two less than what was needed (for a bloc vote). With this, the Budget was passed (at the policy stage).

“We are inclined to believe that many ‘sweets’ were offered to gain support.

“If this is true, then corruption has reached dangerous levels in our country. Anything can be bought, including governments,” he said.

He claimed the Opposition was willing to compromise on its principles and sacrifice the support of the rakyat for its own interests.

“Together with Pejuang, I will continue to oppose this Budget because we do not see any long-term benefits for the country in efforts to handle economic issues caused by Covid-19.

“There are no plans to heal and develop the economy and help badly-affected businesses,” he said, adding that it was never mentioned where and how the government would fund this.

“What is there is only more money offered to capture the hearts of the rakyat,” said Dr Mahathir.

However, only 13 MPs stood up, including Dr Mahathir and some Parti Amanah Negara members, to call for a bloc vote.

On Friday, Opposition Leader Datuk Seri Anwar Ibrahim suggested that the Opposition could still state its stance, including through bloc voting, during the 2021 Budget debate at committee level.