There was a Malaysian connection to the flurry of pardons outgoing US President Donald Trump issued on Wednesday (Jan 20), with a top Republican donor convicted of illicitly lobbying for Jho Low, the fugitive mastermind behind the 1MDB scandal, among those receiving clemency.

The final list released in the early hours of Trump’s last day in office offered clemency grants to a total of 143 people – many of whom were ignominious close associates, such as the former White House chief strategist Steve Bannon.

Broidy, 63, pleaded guilty last year to conspiring to violate the Foreign Agents Registration Act (FARA) as part of a covert campaign to lobby on behalf of Low, the fugitive businessman widely believed to be at the centre of the multibillion plunder of the Malaysian state fund 1MDB between 2009 and 2015.

As part of a plea deal, Broidy admitted to accepting US$9 million (S$11.9m) from Low to persuade the Trump administration to drop US investigations into the scandal.

The looting of 1MDB has had far-reaching consequences and eventually led to the political downfall of Najib Razak , the former Malaysian prime minister, Low associate and architect of the sovereign wealth fund. Najib last year was convicted to 12 years in jail over the first set of 42 charges linking him to the fraud.

He is appealing the verdict. 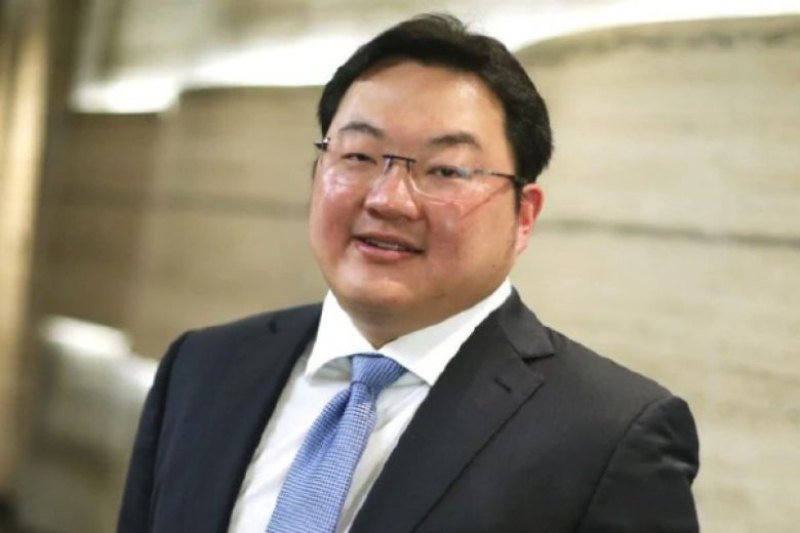 Investigations over the saga have spanned multiple jurisdictions including Singapore and the US, with little disagreement among the various countries that Low was the mastermind of the crime.

The US Department of Justice in 2019 struck a deal with Low to recover some US$1 billion of stolen funds, though criminal proceedings against him remain open.

Broidy’s deal with Low – who is reportedly currently living in China – also involved helping the businessman to push the US government on behalf of Beijing to extradite the Chinese dissident billionaire Guo Wengui, who lives in New York.

Broidy agreed to forfeit US$6.6 million in his plea deal with the US government.

In its citation for Broidy’s pardon, the Trump administration referred to his “numerous philanthropic efforts, including on behalf of law enforcement, the military and veteran programmes and the Jewish community”.

Broidy’s links to the 1MDB scandal were first brought to light by The Wall Street Journal in 2018. The newspaper reported, based on emails it obtained, that Broidy and his wife, Robin Rosenzweig, discussed setting up a consulting contract with Low.

In one draft, the Journal reported that there was a proposal for a US$75 million fee if the US Department of Justice dropped its 1MDB investigations.

Court documents meanwhile detailed how Broidy allegedly sought to set up a round of golf between Trump and Najib in 2017 at the president’s Bedminster, New Jersey, golf course.

Broidy was alleged to have asked Trump to play a round of golf with Najib in June that year, and subsequently told a senior White House official – unnamed in the document but identified by US media as then Trump chief of staff Reince Preibus – that the president agreed with the request.

Preibus told Broidy the matter was being deliberated by the National Security Council, and the round of golf never materialised.

On the Low matter and in lobbying for the Chinese dissident Guo’s extradition, US media reported that Broidy enlisted the help of former Trump campaign aide Rick Gates. Gates is among the Trump associates charged and convicted in the investigation into Russia’s interference in the 2016 election.

His name was not on the pardon list released on Wednesday.

Among those who closely tracked Broidy’s links to the 1MDB scandal is Tom Wright, a former Wall Street Journal journalist who co-authored the bestseller Billion Dollar Whale , which unravels the story of the 1MDB looting.

Wright told This Week in Asia that Broidy “negotiated with Jho Low, one of the world’s most wanted criminals, for tens of millions of dollars in return for getting Trump to drop investigations into Low”.

“Broidy also travelled to China to meet Communist Party officials to help with Beijing’s lobbying in the US, Wright said in a text message.

“None of this was declared to the US authorities, as is required by law. Without these laws, you can’t stop foreign meddling in the US judicial system.”

China has repeatedly denied media reports that it is providing safe harbour for Low.

The cherubic-faced businessman denies any wrongdoing but has refused to return to Malaysia for investigations. In a Malaysian court last year, Najib blamed Low for 1MDB’s losses.