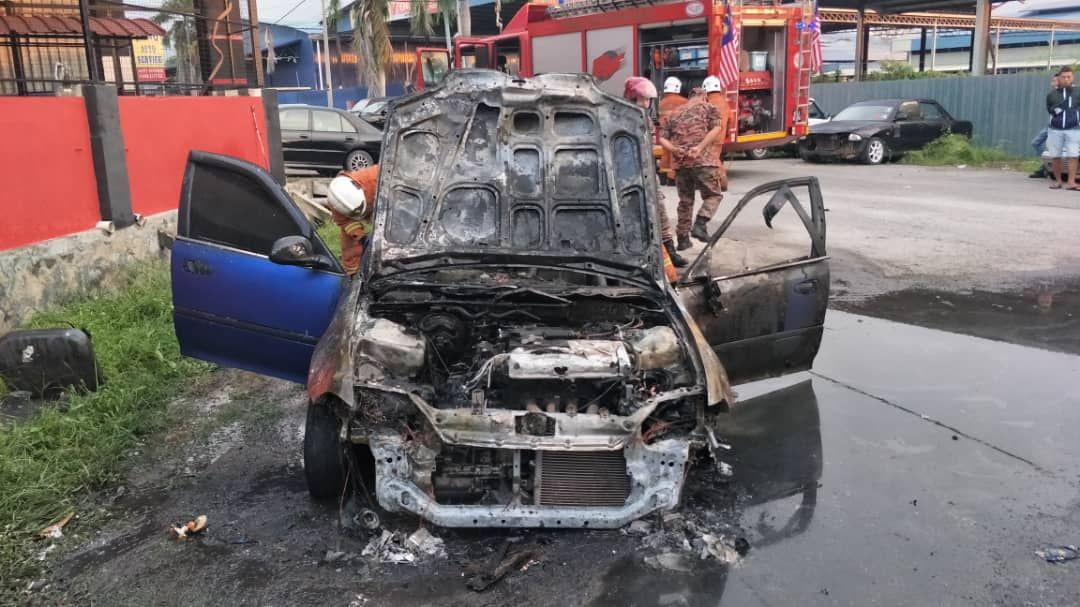 MELAKA: The Alor Gajah Fire and Rescue Department has stumbled upon a gruesome discovery after dousing a vehicle fire at the Pulau Sebang light industry site.

Melaka CID Chief Asst Comm Mohd Nor Yhazid Idris said firemen from Alor Gajah found a black plastic bag, believed to be remains of a human, at the trunk of the razed car that was parked in front of a workshop at the area on Thursday (Sept 17).

“Firemen from Alor Gajah then alerted the Pulau Sebang police on the finding at 7.25am,” he said.

ACP Mohd Nor said the car was earlier towed by the workshop owner from the Ayer Keroh rest and recreational area along the North-South Expressway at 4pm on Sept 15.

He said the car had mechanical glitches but the driver had not settled the towing fee, hence, the vehicle was left at the workshop with no repair works carried out.

Furthermore, he said there was no agreement between the driver and the workshop owner to repair the vehicle.

ACP Mohd Nor said the car was found ablaze in front of the workshop at about 6.45am.

He said his team is awaiting for the post-mortem report and investigation is ongoing to detect the owner of the vehicle.