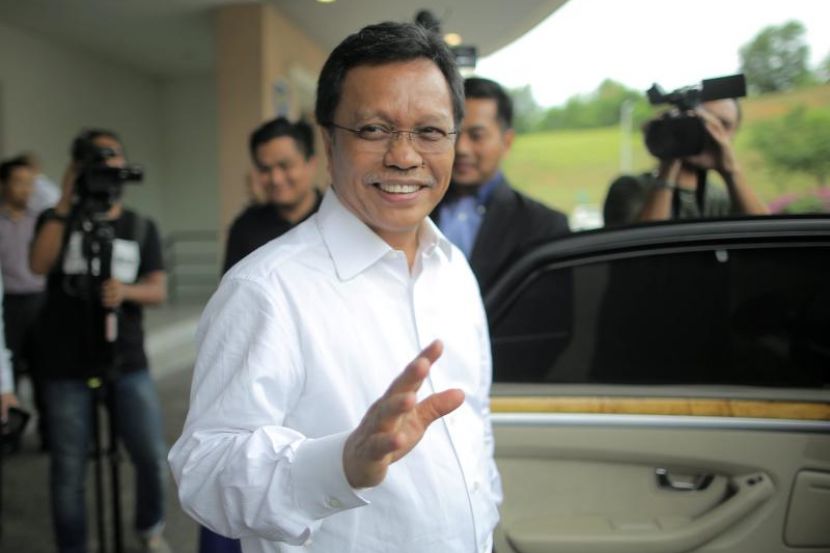 AS soon as Datuk Seri Mohd Shafie Apdal (pic) was announced by Tun Dr Mahathir Mohamad as Pakatan Harapan’s purported candidate for prime minister, there was hope that the impasse over who it should be was coming to an end.

For others, it wasn’t anything new. Leaders aligned with the top echelon of DAP and Parti Amanah Negara have been openly floating Shafie’s name in recent weeks – but this gained minimal traction.

However, Dr Mahathir’s announcement last Saturday stunned DAP and Amanah’s top leaders as the nonagenarian was not supposed to name the two parties while still pending approval from their respective central leadership committees.

This was somewhat reflected in a hastily written joint press statement by DAP and Amanah in a generic Microsoft Word file – with the lack of spacing between paragraphs.

“However, that proposal has to be discussed at the central leadership committees of DAP and Amanah first and brought to the Pakatan presidential council meeting to decide together,” read the statement.

It also brought about Anwar’s wrath, who posted an all-caps message “Reject politics of lies and tricks” on social media.

He then switched to lower case, adding that; “Politics is not about squabbling for power, but also how it is to be interpreted? Is it to defend the people or to continue an old and worn-out system?”

It was a strong sign that Anwar, who has the backing of 38 MPs from PKR, will not back down in his bid to be prime minister.

If Shafie is able to secure the majority support of the 222 MPs, he will go down in history textbooks as the first prime minister from Sabah.

While it seems like a neutral and idealistic alternative to the deadlock over the premiership between Dr Mahathir and Anwar, it raises the question if this is merely a ruse to buy time.

Some political observers see Shafie’s candidacy as a smokescreen to cover Pakatan’s delay to name its prime minister candidate, as parties aligned with Anwar and Dr Mahathir are not backing down in the intensifying standoff.

Shafie’s candidacy is also not taken seriously as there has never been a Malaysian prime minister who has led a party of only nine MPs.

Analysts have also said that Shafie’s candidacy could be a Pakatan strategy to play on emotions of east Malaysian MPs in the coalition’s uphill battle to win their allegiance.

East Malaysian Pakatan leaders, as well as Parti Warisan Sabah’s, have responded positively to the idea of Shafie being prime minister, as it would mean direct access for their MPs to the highest public office post.

Datuk Darell Leiking made a Facebook post on June 26 saying; “Many may disagree for their own reasons but as someone predicted years ago that to correct the Federation of Malaysia, anyone acceptable to the Federation and coming from Borneo (Sabah & Sarawak) can equally lead the Federation as PM.

“Why not right? 57 years in the making,” posted the Warisan vice-president.

However, the negative reception it received from other East Malaysian parties such as GPS and Sabah Umno is an indication that Dr Mahathir’s plan could backfire.

GPS grassroots also see Shafie’s candidacy as a slight to party stalwarts, akin to saying that there are no other leaders in Sarawak qualified to take on the premiership.

The snub is even more apparent as it is commonly known that Pakatan had not been “courting” any of GPS’ 18 MPs in recent weeks.

Similar sentiment was echoed by Deputy Sarawak Chief Minister Tan Sri James Masing, who said it was “shameful” for Dr Mahathir to fish for votes from east Malaysian MPs by naming Shafie.

Masing, who did not mince his words, said the choice of Shafie was the “biggest joke of the century”.

Sabah Umno chief Datuk Seri Bung Moktar Radin was also scathing and claimed that Shafie was just a pawn whom Dr Mahathir was trying to pit against Anwar.

“Dr Mahathir just wants his son Datuk Seri Mukhriz (Mahathir) to be prime minister. But Shafie doesn’t realise that. Maybe he is too faithful to Dr Mahathir,” Bung said.

It seemed as though Dr Mahathir has taken a page straight out of Sun Tzu’s The Art Of War, which says: “The supreme art of war is to subdue the enemy without fighting”.

This is a classic strategy of pitting one’s enemies against each other, cleaning up the mess once the fighting ends.

Bad blood between Anwar and Shafie dates back to their younger days as party colleagues in Umno during the 90s, when the former served as party deputy president and the latter as Sabah Umno Youth chief.

Aside from the decades-old rivalry between the duo, it is also believed that old wounds were reopened before GE14 when there was an exodus of members from PKR to Warisan.

“Warisan and PKR are basically multi-ethnic parties fighting over the same turf,” said a veteran journalist.

“Dr Mahathir only has five MPs and nine MPs from Warisan. On paper, he is considered as a leader without party and influence.

“Anwar is now the kingmaker and GPS as well to complete the figures required,” he said.

He acknowledged that the proposal of Dr Mahathir as the next prime minister would be hard to swallow for PKR leaders.

“Dr Mahathir resigned as prime minister without referring to Pakatan. This raises doubt among Anwar and Pakatan supporters,” he said.

He also warned that the existing feud between Dr Mahathir and Anwar could cause DAP’s existing Chinese support base to switch to PKR.

This is because Dr Mahathir is not as highly regarded among the Chinese community compared to Anwar, who is perceived as a multiracial leader.

“This could strengthen PKR as a multiracial party. In this context, Amanah and DAP need to listen to what the people want, instead of looking at the interests of certain individuals and elites,” he added.

Shafie’s candidacy as Pakatan’s premier is set to be deliberated by the coalition’s presidential council at the soonest available time, according to Amanah communications director Khalid Abdul Samad on Tuesday (June 30).

Pakatan’s decision over who should be its prime minister candidate would be a pivotal moment as it could either tear the coalition apart or pave the way back to Putrajaya.