The entertainer is supporting Rashford in the Full Time Meals NGO in ensuring that ‘no child should ever go to bed hungry.’

Rashford has been doing a phenomenal job in shining a bright light on the UK child poverty issue and continues to fight for systematic change and Government support, Tom Kerridge wrote. 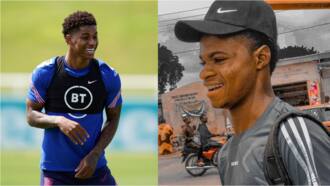 His formation of the Child Food Poverty Taskforce has brought together the biggest players in the British food industry, to stand united in finding a long-term sustainable framework to combat child food poverty across the UK.

“I cannot cook, but when Marcus Rashford challenged me I had to step into the kitchen to whip up some Morrocan style chickpea stew! I may be better in front DJ decks, but trust me it turned out delicious! Who wants a taste?”

Rashford has been involved in charity works

Earlier in the year, Marcus Rashford is proud he helped raise £20million to feed school children during the Coronavirus crisis.

The 22-year-old striker through a charity organization named FareShare, raised the money as they distributed food to children who would otherwise go without free school meals. 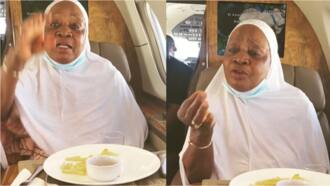 Well-known supermarkets also participated in the scheme to help reach many more children and families. And the Man United striker is amazed by the results it has achieved so far.

The England international also benefitted from the free food scheme while growing up in Manchester.

Rashford admitted he would have been in the same position as the vulnerable children if the current crisis happened when he was younger.

Meanwhile, Legit.ng earlier reported that DJ Cuppy, has disclosed that she was attracted to Premier League club Manchester United because of Nigerian star Odion Ighalo.

The former Super Eagles striker joined the Red Devils on loan in January 2020 and the initial six-month loan was extended for another six months.

The move saw Ighalo become the first Nigerian to feature for the club where he five scored goals in 23 games in all competitions.