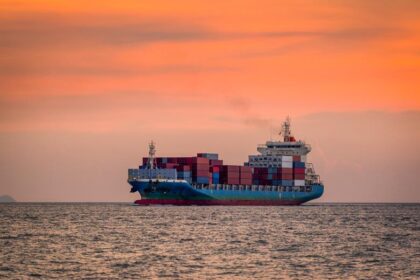 A new shipping line between Morocco and the United Kingdom will be launched shortly, connecting Tangier directly to Poole in southern England, and avoiding thus the complications caused by Brexit, reports the British specialized website thegrocer.co.uk.

The new direct shipping route will help Moroccan products avoid the border friction created by Brexit on goods arriving via Europe by road.

This new weekly RoRo route, which will directly link Tangier to Poole in the south of England with no additional stops, and which will be run by United Seaways, should allow Moroccan products to access English territory in less than three days, against more than six days currently by land. This new path should also help to avoid traffic congestion and additional import procedures caused by Brexit.

The information was confirmed to British media by United Seaways, the British maritime transport specialist, whose mission is to develop British cross-border trade, by identifying and opening new sea routes between the United Kingdom and destinations deemed strategic.

While it will initially focus on providing an alternative route to lorries already travelling to the UK via Europe, United Seaways said it hoped it would encourage British importers to increasingly source from North Africa.

United Seaways MD Zeyd Fassi Fehri said the service would create a “sustainable and environmental alternative” when it is launched in the coming months.

“The speed and efficiency of the vessel ensures a longer shelf life for fresh products whilst the reduction of road congestion, tolls and additional import procedures that have arisen since Brexit brings wonderful added value.”

United Seaways claimed the service would be “competitively priced” against the land route, despite the vessel likely returning empty to Morocco at least at the beginning.

Fruit & vegetables make up the majority of Moroccan exports to the UK, though they remain a small fraction of those from the EU. British importers bought £180m of fresh produce from Morocco last year, compared with almost £1.8bn from Spain alone.

However, full border checks on EU imports that are set to begin in July threaten to “cause a level of disruption the industry hasn’t seen for generations,” said Fresh Produce Consortium CEO Nigel Jenney.

He welcomed the new service, adding: “Any solution that makes imports more effective, or eases trading with alternative countries, may well be a great opportunity for helping the UK source fresh produce from around the world.”

It is to be recalled that January 1, 2021 marked the start of a new era in economic relations between Morocco and the UK, which existed on that day the European Union (EU). At the same time, the Association Agreement signed with Morocco in London on October 26, 2019, entered into force.

This bilateral agreement restores all the benefits that the two countries accorded to each other under the Morocco-EU Association Agreement.

The Moroccan and British governments are expected to hold a high-level meeting in London in the coming weeks to push economic and trade relations even further.

North Africa Post’s news desk is composed of journalists and editors, who are constantly working to provide new and accurate stories to NAP readers.