“I want to show to my opponent, today it’s my game, not yours.“

Ever the fighter, Romain Saiss is always defying the odds. Ten years ago, just before signing his first professional contract at 21, he had supplemented washing dishes in his father’s restaurant by playing semi-professional football in France’s lower divisions with Valence.

Born in the commune of Bourg-de-Péage, known for everything but football, Saiss was up against it.

“I got 500 euros playing with Valence but it just about covered my petrol, the money was not enough,” he told the Express & Star last year.

A diamond in the rough, his arc is unconventional and is one that details patience, hard work and resolve. From the grit and murky waters of the amateur leagues to the bright lights of the Premier League, he has paid his dues.

Saiss was recently voted the most underrated player in the Wolverhampton Wanderers squad by fans in an online poll and, just like his father, whom he worked for while in the amateurs, they are not oblivious to his contributions at the club.

Saiss is the top trend on twitter?! Bringing back this photo of when I met him before the Man City match. Underrated legend #saiss #Wolves #wwfc pic.twitter.com/YLSmNTK3ty

A defensive midfielder by trade and a threat in both boxes, Saiss has scored 11 goals since his arrival in Wolverhampton in 2016; each carrying a greater significance than the last.

He waited a year for his first strike, which came during a 4-0 thrashing of Burton Albion in the Championship, and then scored his first Premier League goal, netting the equalizer against Fulham in a tense affair. His last goal was the header that settled their clash against Sheffield United in the 2020/21 opener.

When it comes to his new job, defending, Saiss has come on leaps and bounds. He signed his first pro contract as a midfielder but is now a defender par excellence.

In Nuno Espírito Santo’s system, that versatility is important and he has already played left-back as well this season. This is how he has become the player he is today, initially filling in for Willy Boly and then becoming a key part of the backline when age and the intensity of the Premier League caught up with Ryan Bennett.

It was the fulfilment of a childhood dream for Saiss, who was at the risk of becoming a bit-part player after the Fosun revolution.

At 30, Saiss is a late bloomer. Since his arrival in England, he has kept his calm and poise amidst the chaos that reigns supreme in England’s top tier.

His style matches his looks, and while a red card against Crystal Palace last season dents what is a clean CV, it doesn’t take away the fact that the left-footed Moroccan is one of a rare breed who usually manages to get away with just ticking off when he does the dirty work, and is yet to be booked this season.

His defensive numbers keep rising and, according to Fbref, he has been dribbled past forty times in fifty Premier League appearances — an average of just 0.8 per game. When considering the dribbles faced and the attempted tackles on those dribblers, it reflects a player who gives little away and doesn’t let much past him. 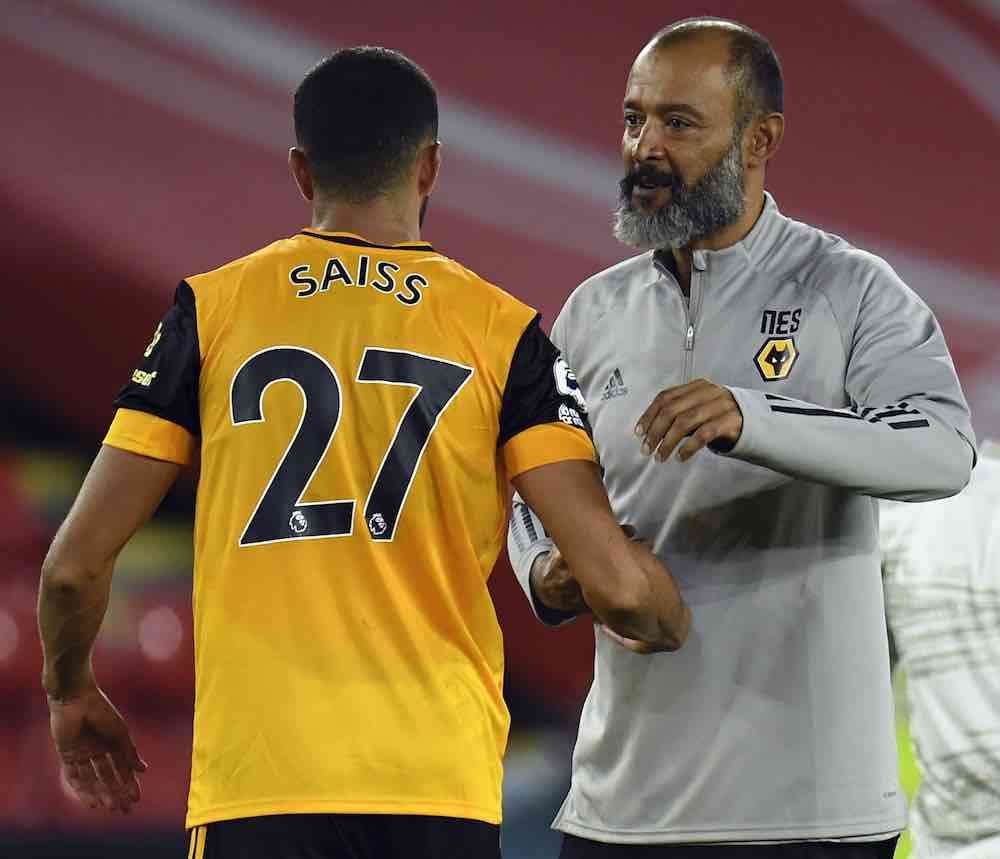 Football is his game, not the opponent’s, and he never rushes into the tackle. Instead, he waits for the opponent to come to him, and then relies on his instincts to take care of the danger. He is the football version of the rebounder in basketball.

In three Premier League seasons, he’s only made one error leading to a shot, is second for aerial duels won, has made the third most clearances and shot-blocking actions of any Wolves player, with defensive partners Willy Boly and Conor Coady the leading the way for the latter two metrics.

His confidence on the ball is matched by calculated aggression in winning it back, and this is another area where his time playing as a midfielder in front of the defence helps now he is in it. He admits that his job is to get rid of the good guys.

He is also the ultimate team player, and it wasn’t a coincidence he was the natural choice when Moroccan coach, Vahid Halilhodzic, was seeking a captain.

It has been a steady progression with the national team as, after making his debut in 2012 it took him four years to earn his next call-up, but he is now a regular.

Patience, passion, hard work, grit, determination — Saiss is never backing down, and even at 30, it feels like his best is still to come.