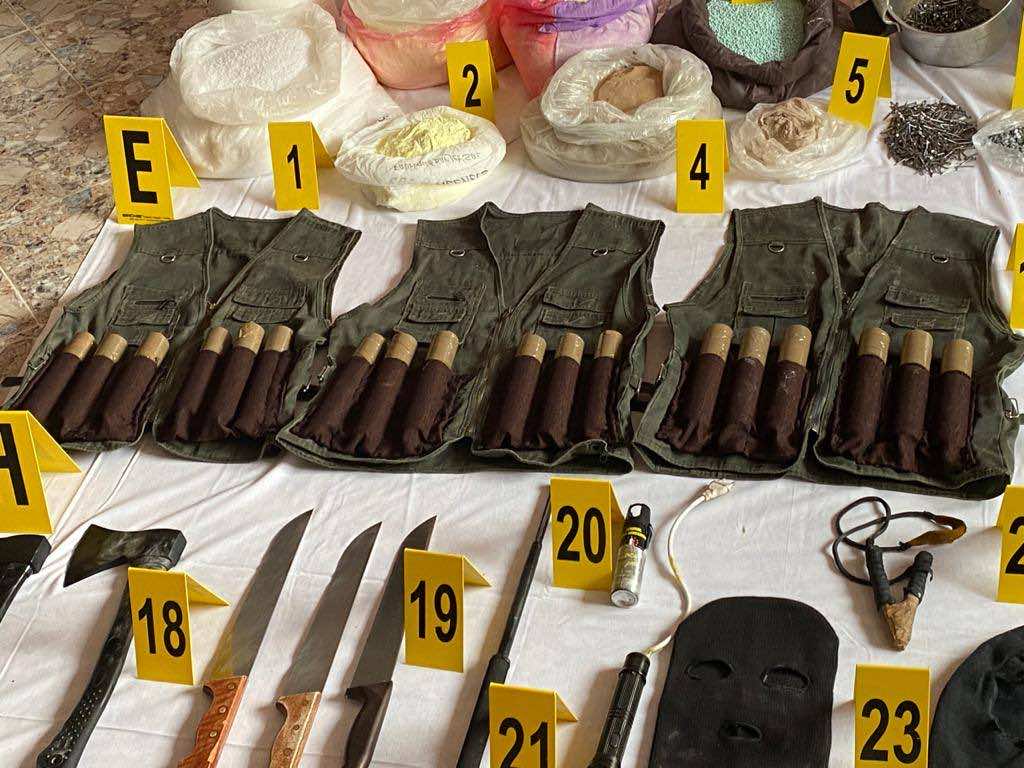 Rabat – Morocco’s Central Bureau of Judicial Investigation (BCIJ) released in depth details about the security operation that led to the arrest of five terror suspects with links to ISIS on Thursday morning.

BCIJ personnel carried out security missions in several cities, including Temara, Skhirat near Rabat, and Tangier and Tifelt.

The statement said that one of the suspects in Tiflet showed “fierce resistance” during the dismantling operation, seriously injuring one of the BCIJ staff with a sharp tool in the forearm.

In Temara, one of the defendants tried to blow himself with a large gas cylinder, also showing “fierce resistance.”

The leader of the ISIS cell has a criminal record of violent crime.

BCIJ said that the suspect, who they had classified as dangerous, planned to carry out terror operations targeting sensitive sites along with his accomplices.

The terror suspects planned to use explosive devices and belts to destabilize Morocco’s security and stability.

Investigation also showed that the suspects reached advanced stages of planning and preparation of terror actions.

The suspects also “carried out reconnaisance missions to identiy targets which they planned to attack with suicide bombing by using explosive vests.”

The BCIJ concluded that the suspects’ objective was to “cause heavy damage.”

All of the suspects are in custody for further investigation to determine possible links of the terror network.

The operation is part of Morocco’s approach seeking to combat terror threats in the region and beyond.

The operation coincides with an increase in terror threats targeting Morocco due to the upsurge in terror activities in the Sahel-Saharan region and in areas in North Africa, the BCIJ said.