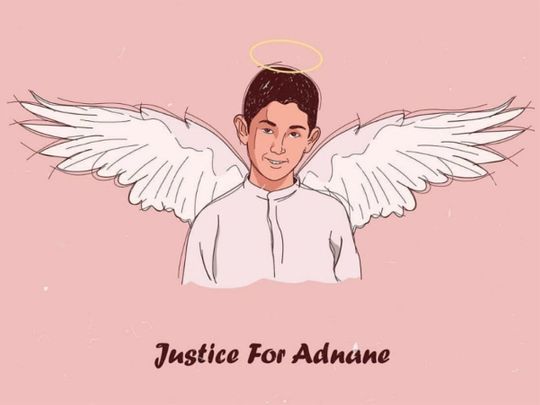 According to a statement by the General Directorate of National Security (DGSN), the police arrested the 24-year old suspect following “intense research and investigations.”

Investigation revealed the suspect’s connection to the murder and sexual assault, the statement added.

Police found the body of the 11-year-old child buried in a land near his family’s house. The police did not say how the child was killed after being raped.

Adnane Ouchouf was kidnapped after he went out of his house to buy his father medicines, six days ago.

Police remanded the suspect in custody for further investigations.

Cases of Pedophilia on the rise

Meanwhile, social media activists in Morocco called for the death penalty to be reinstated for rapists and murderers of children. Numbers of harrowing crimes of pedophilia have shocked the Moroccan public in recent years and are on the rise.

In July last year, Moroccan police arrested a man suspected of raping and murdering a 10-year old child in Meknes.P olice also arrested a 17-year old minor suspects of complicity in the case.

In another widely-publicised case of pedophelia, a 60-year old man attempted to rape a child in October 2018 in a public hammam (sauna) in Fez.

Also in January 2018, Fez police arrested a 58-year-old French pedophile who raped two little girls. The pedophile drugged and raped the minors. The Frenchman admitted that he raped the two minors. He claimed that he could give the children “what they were deprived of: toys, food, gifts and money.”

In March 2018, the Fez appeals court gave an eight-year prison sentence to the pedophile.

In 2014, a two-year-old girl was raped and killed by her uncle in a town outside of Casablanca.