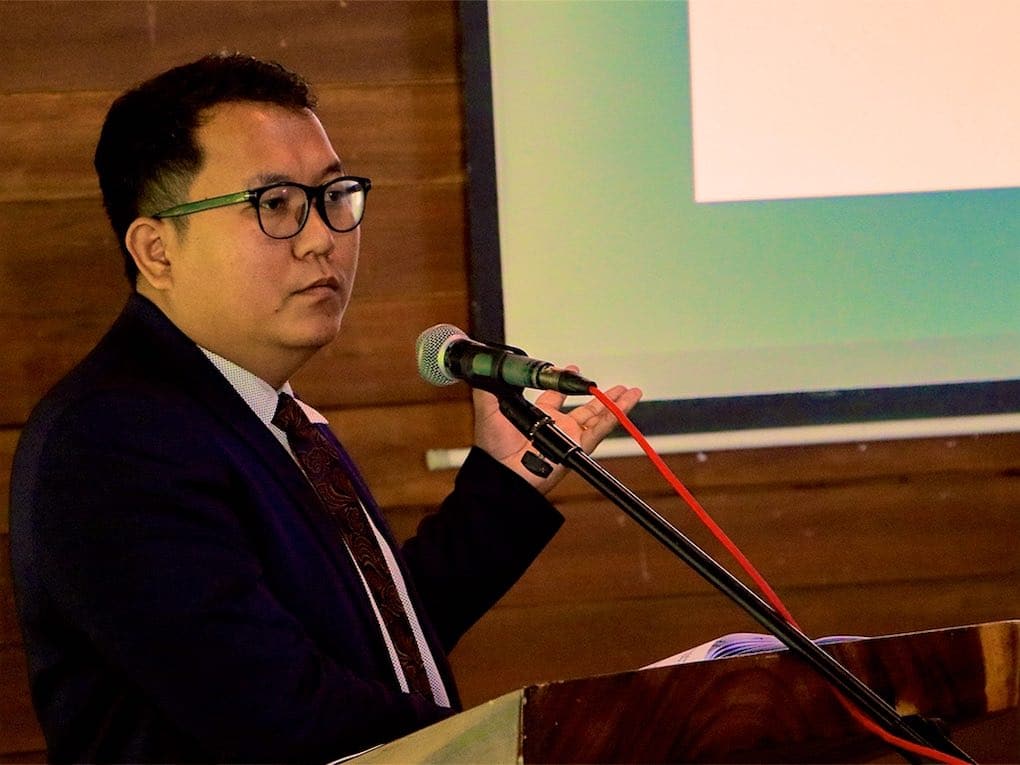 By the X-Border Research Network

The Covid-19 crisis has once again focused attention on political fragmentation in Myanmar, especially along ethnic divides. Much of the nation’s population in borderlands and rural areas has limited access to government healthcare and assistance, relying instead on ethnic armed organizations (EAOs) that are often the dominant political power in these regions.

Although EAOs and the Myanmar military, the Tatmadaw, have mounted joint responses to the pandemic in some cases, armed clashes have continued in the southeast, the west, and the north, including Kachin State. Heightened conflict, along with pandemic-related restrictions on cross-border movement and trade, poses a significant challenge for communities along Myanmar’s mountainous periphery.

In a recent interview, The Asia Foundation’s Araya Arayawuth spoke to Dan Seng Lawn, executive director of the Kachinland Research Center, in Kachin State, Myanmar, about the economic impact of the pandemic in Kachin, its effects on internally displaced persons (IDPs), and joint responses to the pandemic by the Tatmadaw and the Kachin Independence Organization (KIO) that have crossed the lines of conflict.

AA: Dan Seng Lawn, welcome to Views from the Field

AA: Tell us, first, a bit about your organization, the KRC.

DSL: Very briefly, the Kachinland Research Center is a regional policy think tank that is currently involved in the Covid-19 Concern and Response Committee–Kachin, which was organized by community organizations and faith-based groups across Kachin State.

AA: As of early August, there had been just over 470 confirmed cases of Covid-19 in all of Myanmar, and most were reported in the Yangon region among citizens recently returned from abroad. What has been the impact in Kachin State, and especially among communities along the Myanmar-China border?

DSL: Looking at the official figures, there had only been two positive cases in Kachin State by early July, so I think the virus has not had a strong direct impact on communities, but the economic effects on cross-border trade have been deep and far-reaching.

Movement restrictions, not just on people, but on the movement of goods, have had significant effects on the Kachin State economy, from extractive industries like jade mining and other mineral resources to the agricultural sector.

Kachin State relies largely on cross-border trade with China. In the agricultural sector, when the Chinese government closed its border, the price of paddy went down, and farmers could not repay their agricultural loans from the government. The majority of farmers in Kachin State rely on these loans, and when they could not repay their debt, it affected the government’s ability to issue new loans.

This will definitely have an impact on this year’s agricultural cycle, which I think we will see later this year. Farm productivity will fall, and many farmers will be at risk of losing their land.

AA: Due to years of ethnic armed conflict with the national government, there is a large population of internally displaced persons in Kachin State. How have they been affected by Covid-19?

DSL: When we talk about IDPs in Kachin State, we need to understand that there are three categories of people.

One group lives in areas controlled by the Kachin Independence Organization, the KIO, which is the civilian wing of the largest ethnic armed organization in Kachin State. Its armed wing is the Kachin Independence Army. In much of Kachin, the KIO is the local authority. These people are located along the Chinese border. Since the Chinese government closed the border, humanitarian agencies supporting them have had a hard time delivering aid, because they were sending that aid across the Chinese border.

A second group, internally displaced persons living in camps in areas of government control, have been under strict Covid-19 health guidelines, imposed by camp management committees, since April. But since mid-May it has become more and more difficult to observe these strict rules about lockdown—staying at home, social distancing, and so forth. The problem is that the camp management committees cannot provide sufficient subsistence support, livelihood support. These people cannot stay forever in these camps, because they have to solve their own livelihood problems. That means they have to go out. So, the camp management committees have had to loosen enforcement of the Covid-19 guidelines since mid-May.

Finally, in mixed-control areas like Injangyang Township, there are returning IDPs. This third group is also facing livelihood issues as they try to restart their agricultural activities from scratch, and they don’t get any support from the humanitarian agencies.

So, these are the challenges facing IDPs in Kachin State. 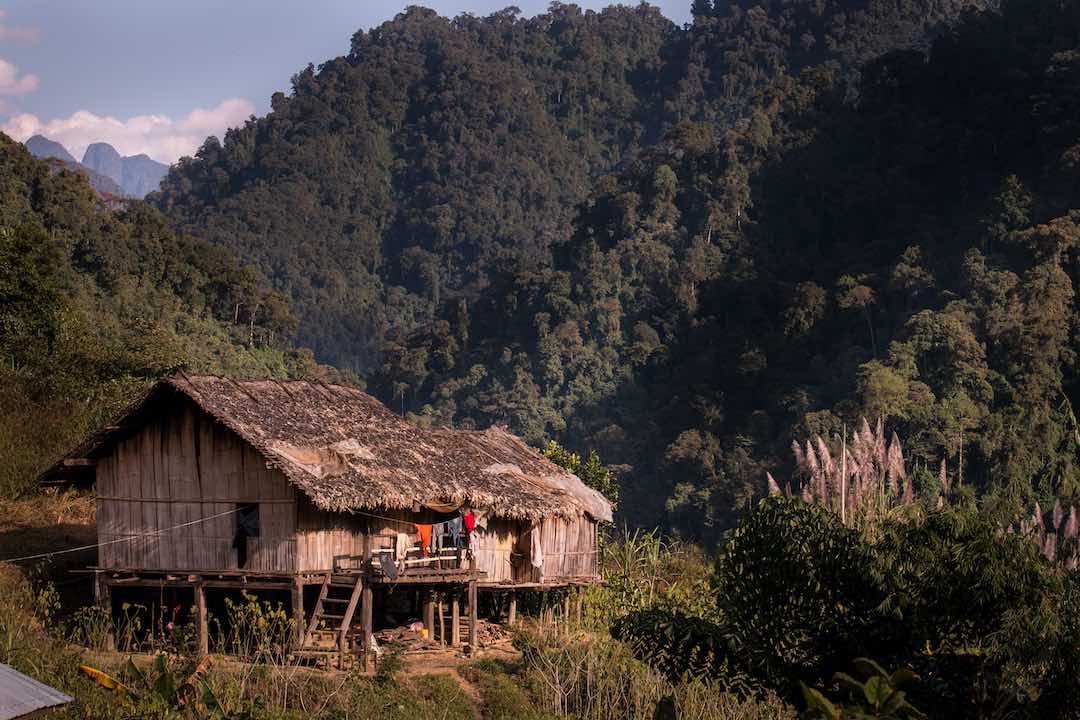 A Bamboo house in Kachin State, Myanmar, where healthcare and social services are often disrupted by ethnic conflict and competition between government agencies and rebel organizations (Sinwal / Shutterstock)

AA: In April, the government established a committee to coordinate with ethnic armed organizations on the prevention, control, and treatment of Covid-19, but there have been clashes between the Myanmar military and the Kachin Independence Army in recent weeks. What has been happening, and how are these clashes affecting coordination on Covid-19?

On May 10, at Mai Sa Pa Village, which is under KIO control, both sides exchanged good will and identified areas where they could work together. The next week, the Tatmadaw came to Mai Sa Pa with a helicopter and delivered Covid-19 prevention materials and medical equipment to the KIO. So, the general situation in May was quite positive, and people were quite happy about it.

But then things started changing. We noticed after the first week of June that the Tatmadaw was reshuffling its troops in Kachin. Then, on June 8 and 9, armed clashes broke out in northern Shan between the Tatmadaw and the Kachin Independence Army, the armed wing of KIO. On June 22, the Tatmadaw destroyed one of the KIO’s Covid-19 cross-border checkpoints. And on June 29, there were armed clashes in central Kachin State in an area controlled by the KIO.

These clashes occurred despite the Tatmadaw’s declaration of a unilateral, three-month ceasefire in Kachin State. So, unfortunately, I think that the peace process right now is really at rock bottom.

AA: Dan Seng Lawn, thank you for sharing your insights on this very complex and tragic situation.