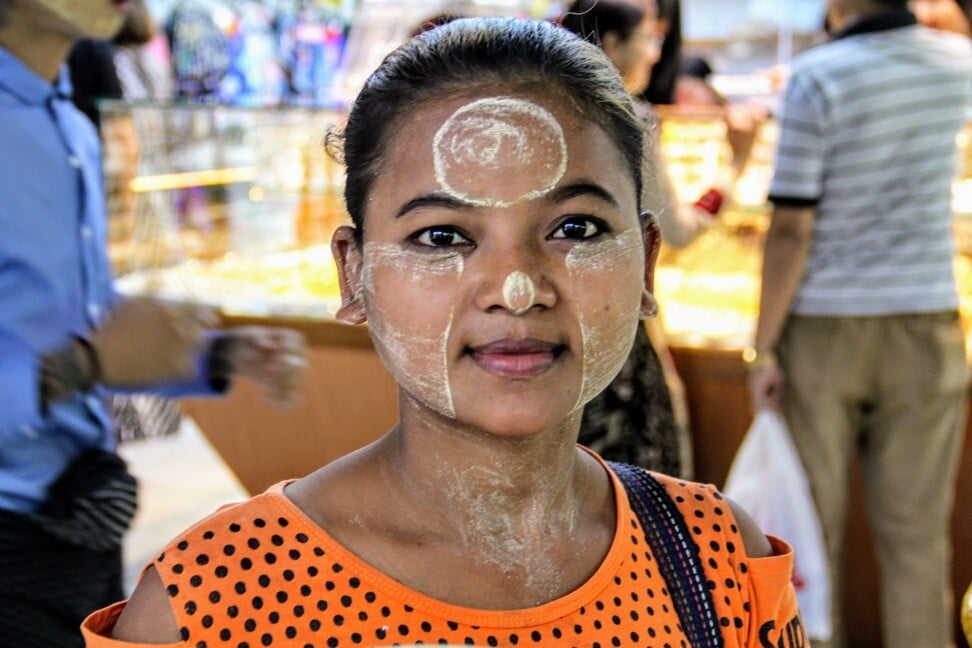 One of the first things you notice in Myanmar (formerly Burma) is the ubiquitous, pale yellow paste that decorates the faces of women, children, even men.

It’s applied like face paint: dots on the cheeks, circles across the face, or even as fun designs like stripes or swirly leaves to add a cool factor.

For centuries, the people of Myanmar have slathered thanaka , a thick, silky paste made from ground tree bark, on their faces to protect them from the sun.

Thanaka can be made from several tropical tree species that grow in parts of Southeast Asia and the Indian subcontinent – but only in Myanmar is the bark from these trees used as a cosmetic.

Thanaka is said to have been used in the country for more than 2,000 years, but the first written evidence of it comes from a 14th-century poem.

While you can get thanaka from stores in various forms (pastes, creams and powders), most people in Myanmar prefer getting it the old-fashioned way, by using the actual wood from a tree and grinding it on a stone slab called the kyauk pyin , and making a paste with some water.

When it’s wet, it’s almost translucent and when it dries, it becomes a yellow crust. 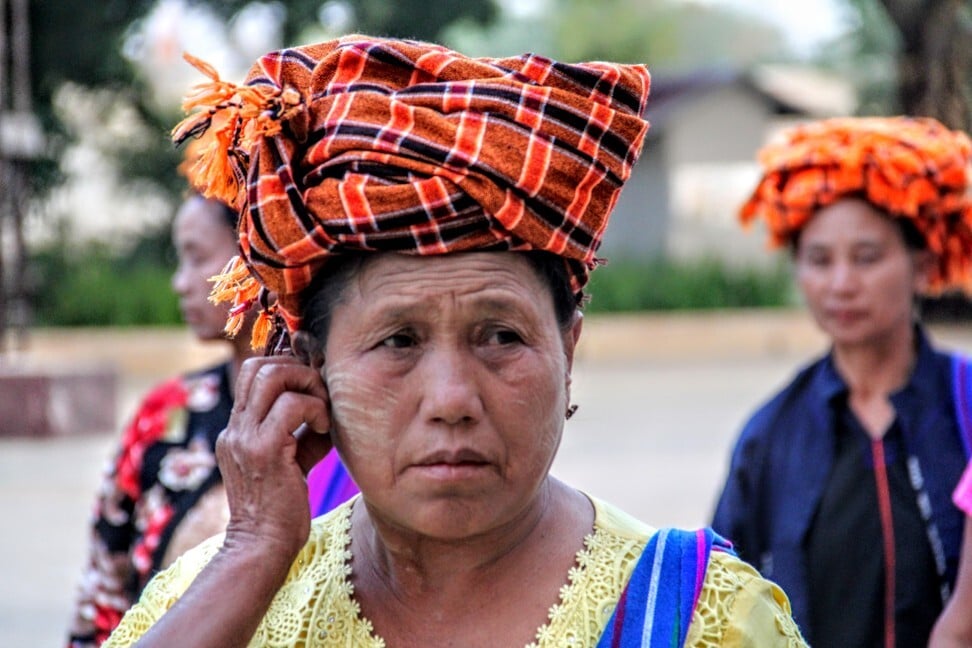 “Thanaka crosses ethnic, religious and class boundaries, and is worn by people of all faiths in the country, from Muslims and Buddhists to ethnic tribes, and is a matter of cultural pride like the longyi , the sarong-like national skirt,” explains Winn, my guide in Yangon.

Not all sunscreens come from laboratories.

The ancient Greeks used olive oil as a sun block, Egyptians used rice and jasmine extracts, and a nomadic race of people in Southeast Asia called the Sama-Bajau use a paste of water weeds, rice and spices.

Many Asian countries have traditions of using home-made remedies for sun protection – that these treatments have been around for hundreds of years is a sign of their efficacy.

It was only in the 1930s that the first commercial sunscreens were developed.

In Vietnam , for example, people wear wide-brimmed conical hats to protect themselves from the sun.

In India, sandalwood paste has been used for many years to soothe sun burns and cool the skin (its purifying properties can also help clear acne and reduce oil production).

The wood of several trees can be used to make thanaka paste, with the Naringi crenulata (toothed-leaf limonia) and Limonia acidissima (wood apple) trees being the most common.

The dry central regions of Mandalay and Bagan in Myanmar are ideal for these slow-growing trees, which is where most of the prized paste comes. A tree must be at least 35 years old before cuttings can be taken from it. Traditionally, thanaka wood is sold as individual small logs or in bundles to be ground by the purchaser.

It can be grown through sustainable farming techniques because of its regenerative nature.

Fragrant thanaka has been used by royalty in the country, with a hint of gold powder added to it; farmers use it when working in the fields, little children going to schools have their faces smeared with the paste, and men wear just a hint of thanaka on their cheekbones and eyelids.

“I have worn thanaka all my life and its nature’s sunscreen in its purest form,” says U Than, who sells bright sarongs at the crowded Bogyoke Market in Yangon. “Thanaka is safe for even babies.”

The paste is the ideal sunblock in a country that’s humid and hot as it keeps the skin cool.

U Nyo, whom I meet at a lacquer workshop in Bagan, says: “Thanaka is also used as a beauty product, as it improves complexion, stops oiliness [and] acne and tightens pores.

It works well with our olive skin tones, and creates a radiant complexion.” 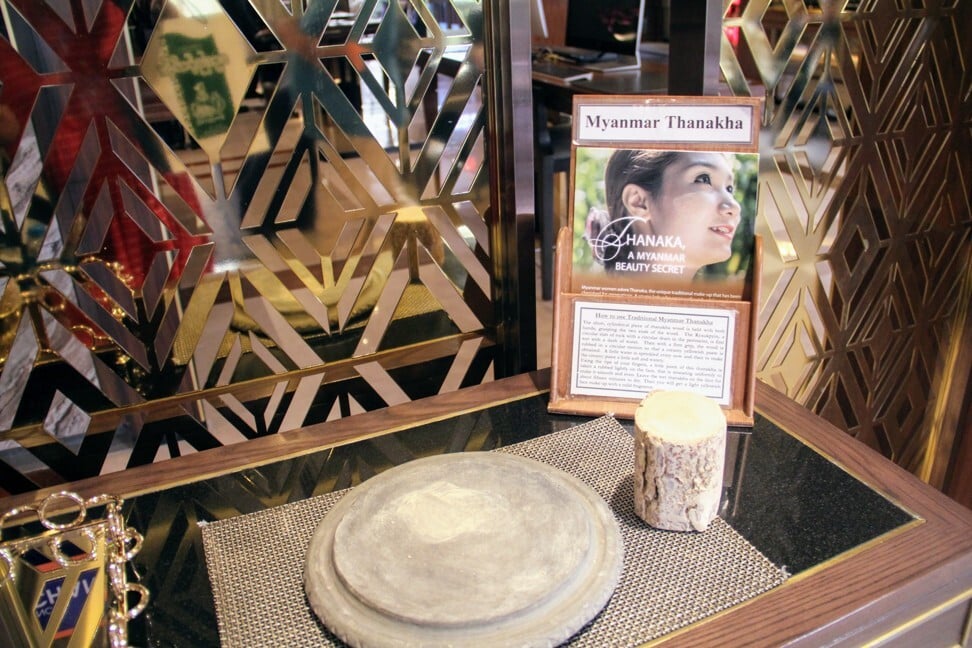 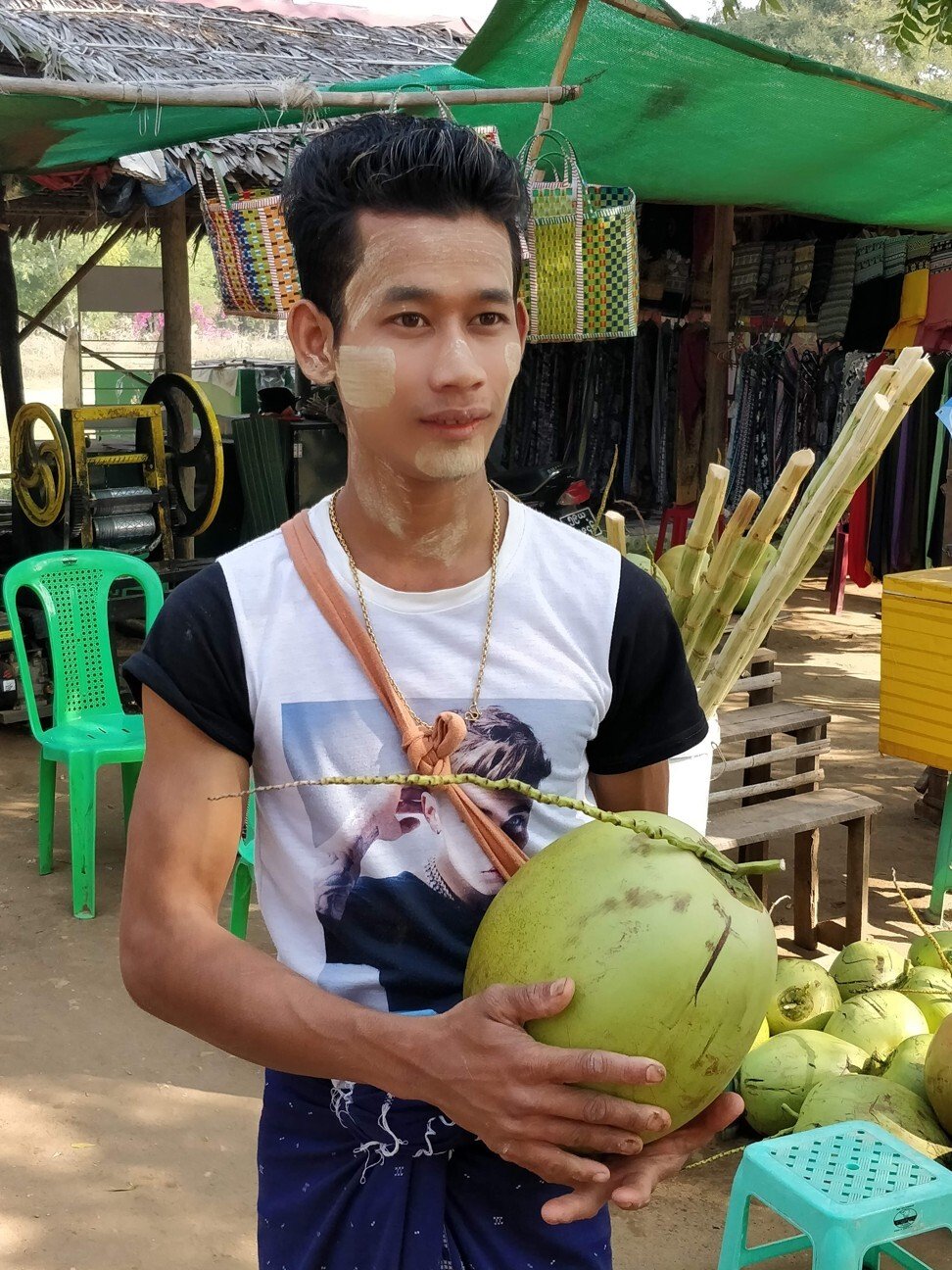 To compete with the latest trends, many manufacturers now sell thanaka as a ready-made powder, even though (when compared with the traditional method of grinding) there are more chances of it being altered in this state.

Many cosmetic companies in Myanmar, Malaysia and Thailand are adding thanaka to their products and marketing them abroad.

It won’t be long before the world discovers what the ageless beauties of Myanmar have known for centuries – the benefits of thanaka.