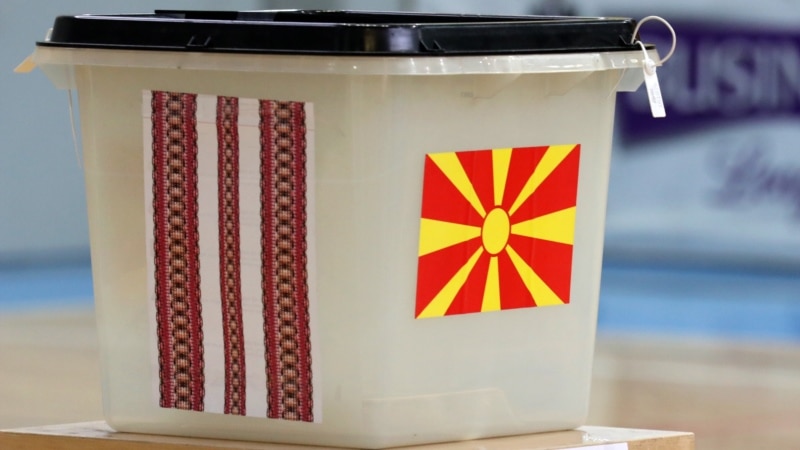 SKOPJE — Voters across North Macedonia are going to the polls on October 17 for local elections that mark the first test for Prime Minister Zoran Zaev’s ruling Social Democratic Union of Macedonia (SDSM) since it narrowly won parliamentary elections in July 2020.

North Macedonia has some 1.8 million voters who will elect local officials in 80 municipalities, plus the 10 municipalities that make up the capital, Skopje.

Altogether, more than 11,000 candidates are running for local offices. They include about 300 mayoral candidates as well as 546 lists of candidates for municipal councils.

The four parties that form Zaev’s governing coalition endorse liberal-democratic principles as well as integration into the European Union and NATO.

Those parties are all running candidates separately. Together, the four coalition parties controlled 70 municipal mayors’ offices going into the October 17 vote.

Its main coalition partner, the Democratic Union for Integration (DUI), is the largest ethnic Albanian party in the country and the country’s third-largest political party. It currently controls 10 mayoral offices.

The other parties in the governing coalition are the right-leaning Democratic Party of Albanians (DPA), which holds two mayoral offices, and the Besa Movement, a center-right ethnic Albanian political party with one mayor in office.

The main rivals of the governing coalition are nationalist candidates from the opposition Internal Macedonian Revolutionary Organization-Democratic Party for Macedonian Unity (VMRO-DPMNE).

The VMRO-DPMNE is the second-largest party in the country. Its members held five municipal mayoral offices going into the elections.

But the VMRO-DPMNE also is running in collaboration with the opposition Alliance for Albanians and the Alternative. Under their cooperative deal, only one opposition party is fielding a candidate for mayor in some municipalities while the other has vowed to support them.

Several independent lists of activists from nongovernmental organizations also are running for local offices on October 17. Voters in most cities and some rural municipalities will see them on the ballot as part of newly established independent lists.

Political analysts say the growth of independent lists could test the strength of the main parties and bring a new dimension to municipal councils.

North Macedonia is introducing terminals that will use fingerprints to identify voters.

The vote on October 17 also marks the introduction of a new system and terminals that will use fingerprints to identify voters.

Authorities in North Macedonia said they had arrested five people for bribing voters the day before the elections.

Four people were arrested in Dracevo, near Skopje, after North Macedonia police said they tried to give money to people in exchange for their votes. A fifth person was arrested in the village of Milino after being caught giving money to voters.

In another incident, a man from Prilep was remanded in custody for allegedly threatening the city’s mayoral candidate, the Prosecutor-General’s Office said.

A judge ordered an eight-day detention for the 27-year-old man after one of the mayoral candidates was threatened on Facebook. He faces prosecution on the criminal offense of endangering security.