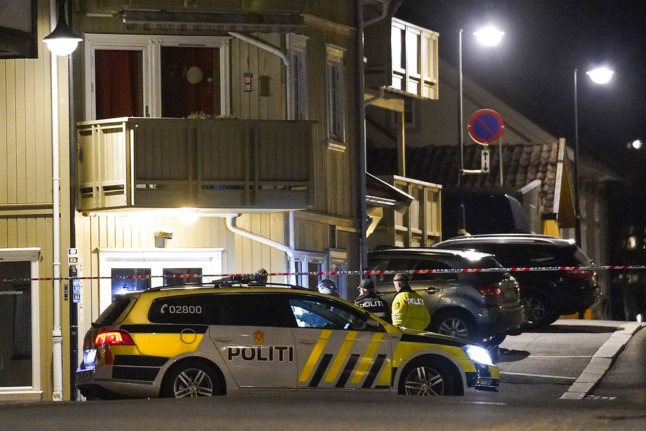 Norwegian Police released a statement early on Thursday confirming the arrest and charge of the Danish citizen living in Kongsberg, countering earlier television reports alleging the attacker was a Norwegian man.

Norwegian media have named the man, whose identity has not yet been confirmed by police.

“A 37-year-old man has been arrested and charged after five people were killed and two injured in Kongsberg center on Wednesday night,” said the police statement.

“The man is a Danish citizen, but lives in Kongsberg. He was taken into police custody in Drammen on Wednesday night.”

“We decided to confirm this information because many rumours were circulating on social networks about the perpetrator of the attack, some [implicating] people who have no connection with these serious acts,” said a police statement.

According to Norwegian media the suspect was answering police questions.

He is cooperating and is giving detailed statements regarding this event,” his defence lawyer Fredrik Neumann told public broadcaster NRK.

“He admits the circumstances. That it is him that undertook the actions he is charged with,” Mathiassen told Norwegian broadcaster TV2.

“But the extent to which he will admit his guilt, we must await,” she added.

The police lawyer added that the suspect was previously known to police due to “several different (earlier) matters”.

Norwegian media also report that the 37-year-old, who has lived in Kongsberg for several years, has been in contact with the health service several times.

Norwegian police had earlier indicated that the suspect had acted alone and could not rule out terrorism.

Police were informed of the attack at 6:13 pm in the town of 25,000 people around 80 kilometres west of the capital Oslo. The suspect was arrested at 6:47 pm.

The two wounded were in critical care units in hospital but their lives did not appear to be in danger, he told a news conference.

“These events shake us,” said Prime Minister Erna Solberg on her last day in office.